Some parasites can be bloodborne. This means:

Examples of parasitic diseases that can be bloodborne include African trypanosomiasis, babesiosis, Chagas disease, leishmaniasis, malaria, and toxoplasmosis. In nature, many bloodborne parasites are spread by insects (vectors), so they are also referred to as vector-borne diseases. Toxoplasma gondii is not transmitted by an insect (vector).

In the United States, the risk for vector-borne transmission is very low for these parasites except for some Babesia species. 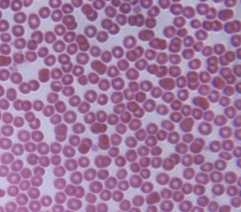 Many factors affect whether parasites that can be found in the bloodstream might be spread by blood transfusion. Examples of some of the factors include:

Some parasites spend most or all of their life cycle in the bloodstream, such as Babesia and Plasmodium species. Parasites, such as Trypanosoma cruzi, might be found in the blood early in an infection (the acute phase) and then at much lower levels later (the chronic phase of infection). Other parasites only migrate (travel) through the blood to get to another part of the body.

Potential blood donors are asked if they have had babesiosis or Chagas disease. If the answer is "yes," the person is deferred from donating blood.

Potential blood donors are also asked about their recent international travel. People who traveled to an are where malaria transmission occurs are deferred from donating blood for 1 year after their return to the United States. Former residents of areas where malaria transmission occurs will be deferred for 3 years. People diagnosed with malaria cannot donate blood for 3 years after treatment, during which time they must have remained free of symptoms of malaria.

Donated blood is tested for a number of infectious agents. Currently, most of the U.S. blood supply is screened for Trypanosoma cruzi (the parasite that causes Chagas disease). If the results are positive, the blood center will try to notify the donor. People who test positive should consult a health care provider. Health care providers may contact CDC for confirmatory testing and management information, including treatment.