"We Were There" - Hantavirus

Of Mice and Men: Discovering a Deadly Hantavirus in the Americas 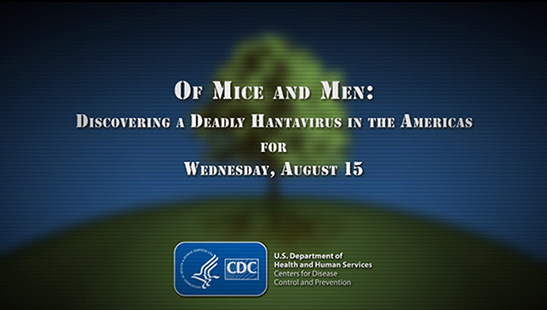 On Wednesday, August 15th the “We Were There” lecture series presented “Of Mice and Men: Discovering a Deadly Hantavirus in the Americas,” at the Roybal Campus, Alexander D. Langmuir Auditorium.

The Office of the Associate Director for Science invites you to the next “We Were There” lecture. This series features past and present CDC investigators sharing first-hand accounts of historically important CDC epidemiologic and laboratory investigations. “We Were There” provides insight into the rich past of CDC and gives the audience a rare chance to hear and learn from the responders’ personal perspectives.

Twenty-five years ago, in the southwestern United States, a previously healthy young man was on his way to the funeral of his fiancée when he collapsed with shortness of breath. He was rushed to the hospital but died soon after arrival. An astute physician noted that both he and his fiancée died just days apart with similar symptoms, including fluid in the lungs and respiratory failure. Further investigations soon uncovered five other similar deaths in previously healthy people. Initial testing for known potential causes including bubonic plague, influenza, and toxins were negative. The cause of their deaths remained unknown, yet new cases continued to be reported and fear spread in the region. In addition to sending CDC scientists to investigate the outbreak, CDC laboratorians tested samples for a wide range of diseases. They quickly found that the samples tested positive for hantaviruses – viruses that were not known to cause disease outbreaks in the Americas and hadn’t previously been linked with any lung disease. 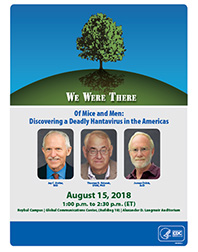