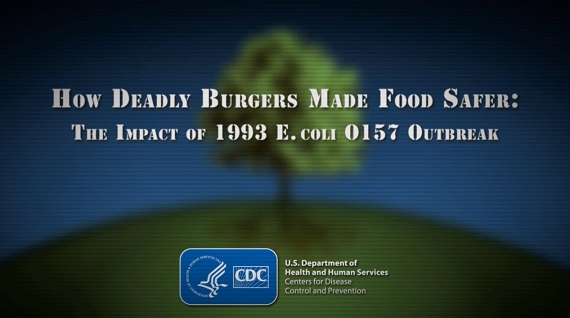 Welcome to “We Were There,” a quarterly lecture series featuring past and present CDC researchers as they share their personal perspectives on historically important, CDC-led epidemiologic and laboratory investigations. This series will provide insight into the rich past of CDC and give the audience a chance to hear first-hand accounts from the responders.

In 1993, four children died and more than 700 people in four states were sickened with severe and often bloody diarrhea. Public health investigators quickly linked the disease outbreaks to Escherichia coli 0157:H7 (E. coli O157), spread through hamburgers served at fast-food restaurants. Most of the cases occurred in Washington state.

The 1993 outbreak was not the first E-coli outbreak caused by undercooked ground beef, but it wasn’t until two outbreaks in 1982 that CDC scientists linked E. coli O157 and human disease. The public outcry over the 1993 disaster was swift and fierce and led to important changes in food safety practices, such as increasing the recommended internal temperature in cooked hamburgers. In 1995, E. coli O157 became a nationally notifiable disease. 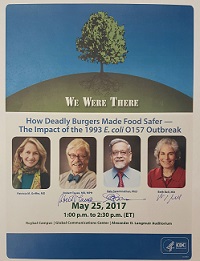