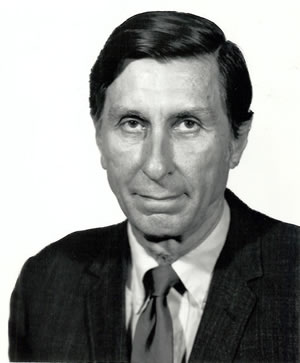 Established in 1986, the CDC/ATSDR Charles C. Shepard award was named in honor of Dr. Charles C. Shepard, M.D., the internationally recognized microbiologist who was chief of the Leprosy and Rickettsia Branch at CDC for more than 30 years, until his death on February 18, 1985.

Charles Carter Shepard was born in Ord, Nebraska, on December 18, 1914. He attended Stanford University (1932–1935) and then transferred to Northwestern University, where he received B.S., M.S., and M.D. degrees. In 1941, he joined the Commissioned Corps of the Public Health Service. From 1942 through 1948, he worked at the National Institutes of Health (NIH) in Bethesda, Maryland.

While on sabbatical during 1948–1949, Dr. Shepard worked in the laboratory of Arne Tiselius in Uppsala, Sweden, and learned the new physical separation techniques that would revolutionize immunology and biochemistry. He returned to Bethesda for a year before moving to the Rocky Mountain Laboratory, National Institute of Allergy and Infectious Diseases, NIH, in Hamilton, Montana, to study various pathogenic bacteria and their phages at the biochemical and ultrastructural levels. In 1953, he came to CDC, where he continued his outstanding work with rickettsiae and began his distinguished and definitive experiments with mycobacteria, which culminated with the cultivation of the leprosy bacillus, Mycobacterium leprae, in mice. His landmark article, “The Experimental Disease that Follows the Injection of Human Leprosy Bacilli into Foot-Pads of Mice” (Journal of Experimental Medicine 1960;112:445–454), is still considered a classic in microbiology. His achievement made possible the large-scale evaluation of antiobiotic efficacy and reduced testing time from several years to only months. It also paved the way for leprosy vaccine studies.

Although Dr. Shepard’s contributions to science and public health were prodigious, perhaps his greatest legacy is the influence, both personal and professional, that he had, and continues to have, on his many friends and colleagues.

The Charles C. Shepard Science Awards recognize excellence in science at CDC and ATSDR. An award is presented for scientific publications in the following areas: assessment and epidemiology, prevention and control, health equity science and laboratory and methods. An award is also presented for lifetime scientific achievement.