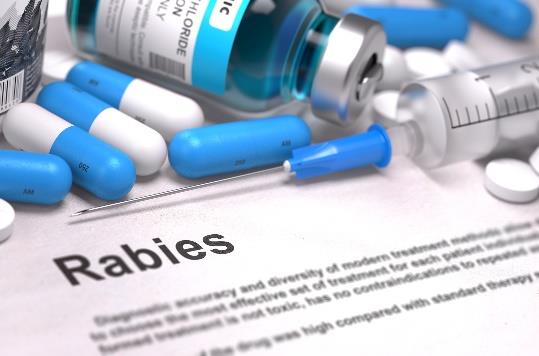 Rabies, a virus spread to people by infected animals, is nearly 100% fatal once symptoms appear. Officials in Kansas noticed an increase in calls and emails to the health department about rabies and turned to syndromic data to get a clearer picture of the issue. Syndromic surveillance records data when a person visits the emergency department for possible rabies exposure. Examining the data showed an increase in people seeking care for bat exposure.

Rabies is treated using post-exposure prophylaxis (PEP). For healthcare providers, deciding to give a patient PEP is complex, as it is a limited and costly resource. With the increase in cases, health officials implemented educational awareness campaigns for Lawrence-Douglas County area residents about bat exposure and for healthcare providers about when to pursue rabies PEP and who to contact for help.

These campaigns proved successful in directing both concerned residents and healthcare providers to the local health department to help guide decision making about when to administer PEP. Funding from the National Syndromic Surveillance Program supports the use of syndromic surveillance in improving the nation’s public health.

Rabies is caused by a virus spread to people from the saliva and neural tissue of infected animals. The most common mode of transmission is through the bite of a rabid animal; however, rabies can be transmitted through non-bite exposures (e.g., transplant of organs or tissue, contamination of mucous membranes with saliva or neural tissue from an infected animal). Rabies has been recognized throughout history due to its neurotropic nature and because it is nearly 100% fatal following symptom onset. In humans exposed to rabies, infection can be prevented by immediately washing the wound and proper post-exposure prophylaxis (PEP) treatment: rabies immunoglobulin (IG) and rabies vaccine.

In Kansas, suspected or confirmed rabies in humans and confirmed rabies in animals are reportable. However, the administration of rabies PEP is not a reportable condition. For example, if a person is exposed to a bat and visits the emergency department (ED) for rabies PEP—but the bat was never tested for rabies—most likely, this would not be reported to local or state public health. Rabies PEP is administered at hospital EDs as rabies IG, and it is only available at these facilities for most counties in Kansas, including Douglas County.* 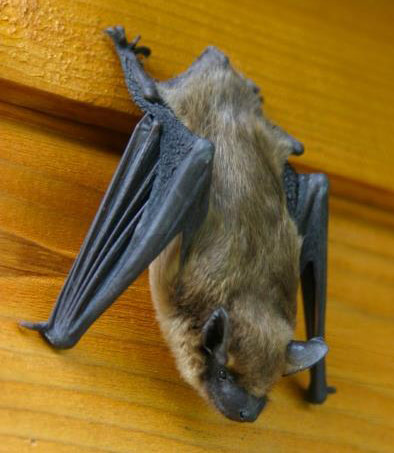 When exposure occurs, the likelihood of rabies infection varies with the nature and extent of exposure. Under most circumstances, two categories of exposure (bite and nonbite) should be considered.1 Staff at the Kansas Dept. of Health and Environment will assess the type of animal responsible for the exposure. Bats are increasingly being implicated, with transmission occurring from what looks like a minor bite.2
1CDC. Rabies. What type of exposure occurred? [online]. 2011. [cited 2018 Aug 1]. Available from: https://www.cdc.gov/rabies/exposure/type.html
2KDHE. Rabies Investigation Guideline [online]. 2017. [cited 2018 Apr 5]. Available from: http://www.kdheks.gov/epi/Investigation_Guidelines/Rabies_Disease_Investigation_Guideline.pdfpdf iconexternal icon

Administration of rabies PEP is an essential aspect of rabies surveillance and important to the Lawrence-Douglas County Health Department (LDCHD). Knowing how many people get rabies PEP provides an indication of the public’s level of concern about rabies and potentially rabid animals in the community. Because rabies IG is administered only at the ED in Douglas County, the ESSENCE** system, which pulls chief complaint and diagnosis code data from EDs, makes an ideal tracking mechanism for rabies PEP. LDCHD used queries and dashboards developed by the Kansas Department of Health and Environment Kansas Syndromic Surveillance Program to begin tracking the administration of rabies IG on July 7, 2017.

After enlisting help from the LDCHD communications coordinator, LDCHD communicable disease staff decided to implement a campaign for area residents about bat exposure. The message was designed around what to do if someone was exposed to a bat and, specifically, information about calling the local health department for assistance. Another action of the education campaign targeted healthcare providers, including information on when to pursue rabies PEP and who to contact for technical assistance. Many factors need to be considered when determining if rabies PEP is warranted because rabies PEP is a limited and costly resource, which can deter vulnerable populations without health insurance. Also, some people can have adverse reactions to the vaccine and rabies IG. LDCHD staff wanted the public to know that although rabies PEP is available, it might not be necessary and that LDCHD subject experts can help guide that decision.

The communications campaign had three parts:

First, the communications staff arranged for LDCHD communicable disease staff to participate in a 30-minute local radio news show to discuss rabies and bats. The communications coordinator organized a social media campaign that entailed posting a story about bats, rabies, and what to do if a bat is found in the home (call the health department) to the front page of the LDCHD website and made information available on social media platforms, primarily Facebook and Twitter. Finally, the LDCHD staff provided information on current rabies recommendations and contact information for technical assistance in a quarterly newsletter that was distributed to county healthcare providers.

* Rabies vaccine is also administered at hospital EDs as part of rabies PEP. However, rabies IG is given only once when initiating PEP to people who have not been previously vaccinated. Consequently, rabies IG can be used as a marker for PEP surveillance because it captures initiation of PEP whereas four to five doses of rabies vaccine are required for a PEP series.

**Electronic Surveillance System for the Early Notification of Community-based Epidemics

LDCHD staff anticipated a high call volume after the communications campaign, and that was indeed the case. Healthcare providers and citizens called LDCHD stating they had either found the website posting or read the newsletter and decided to call the local health department. Many citizens found bats, searched the Internet for resources, and found the LDCHD number to call. In addition, LDCHD received calls from providers requesting input on whether to recommend rabies PEP for patients.