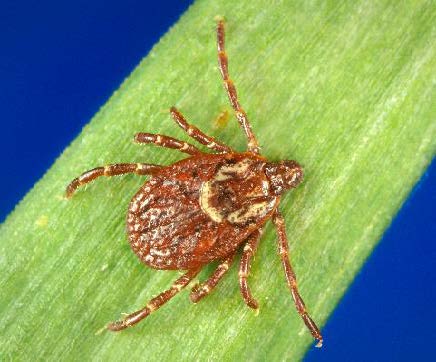 Rocky Mountain Spotted Fever (RMSF) is a serious bacterial infection resulting from a tick bite. It can be deadly if not treated early with the right antibiotic. For healthcare providers not familiar with RMSF, it may be mistaken for other conditions. The Arizona Department of Health, the tribal jurisdiction, and the Maricopa County Department of Public Health (MCDPH) have a transfer protocol in place to alert health officials to potential RMSF cases coming from tribal areas to Maricopa County facilities. However, some gaps in communication still occur.

To address these gaps, MCDPH staff have begun using syndromic surveillance to actively review near real-time hospital visit data, tracking patients to ensure continuity of care. This approach has already proved valuable. In June 2018 syndromic surveillance caught the case of an infant with suspected RMSF who had been transferred to a Maricopa County hospital. When health records indicated a pending discharge before completing the recommended doxycycline regimen, MCDPH were able to act promptly and advocate for continued treatment—a potentially life-saving intervention. Interventions such as this are made possible through funding from the National Syndromic Surveillance Program; syndromic surveillance is improving the nation’s public health.

Rocky Mountain Spotted Fever (RMSF), a bacterial tick-borne rickettsial illness, initially causes nonspecific symptoms (e.g., fever, rash, nausea, and vomiting). In 2003, RMSF was identified on tribal lands in Arizona where the brown dog tick is the primary vector.1 Individuals with suspected RMSF are often transferred from tribal lands to Maricopa County hospitals. Before they are transferred, doxycycline, the recommended first-line antibiotic, is initiated. Given misperceptions about doxycycline causing teeth staining in children under 8 years of age,2 lifesaving treatment may be interrupted upon arrival to Maricopa County, particularly for this age group. To limit interruptions in doxycycline treatment and prevent death among these patients, tribal health care facilities, Maricopa County hospitals, and the respective local and state health departments must share timely information and coordinate care across jurisdictional lines.

By using syndromic data, MCDPH epidemiologists identified a patient who was transferred from tribal lands to a facility in Maricopa County. The health care provider was informed that the patient was at risk for RMSF, and the treatment plan was updated accordingly.

The near real-time data received through the NSSP BioSense Platform and ESSENCE allowed MCDPH to take an active role in monitoring the unique situation that RMSF presents in Maricopa County. As a result of its use, MCDPH provided potentially life-saving guidance.

In 2012, an RMSF transfer protocol was created to ensure continuation of care when a patient was transferred from a tribal health care facility to one in Maricopa County. The protocol focused on improving communication across the tribal jurisdiction, Arizona Department of Health Services (ADHS), and Maricopa County Department of Public Health (MCDPH). Although communication did improve following its implementation, some transferred individuals with suspected RMSF spent days in Maricopa County facilities before MCDPH was notified, leading to possible interruptions in doxycycline administration. This motivated staff at MCDPH to pursue active surveillance methods. Syndromic surveillance was identified as a method to address this need due to its inherent ability to provide timely data.

A myESSENCE dashboard and an RMSF query were created in the National Syndromic Surveillance Program (NSSP) BioSense Platform, which hosts ESSENCE (Electronic Surveillance System for the Early Notification of Community-based Epidemics). The query was designed to capture patients who had a residential tribal ZIP code; were treated at a Maricopa County facility, which is part of the RMSF transfer protocol; and had RMSF-related terms in the chief complaint or reason for admission. The RMSF terms included, but were not limited to, “rocky mountain,” “rash,” “fever,” “petechiae,” “vomiting,” “nausea,” “thrombocyte,” “low platelet,” “hyponatremia,” “low sodium,” “transfer,” “tick,” and “tickbite.” To identify new cases, the dashboard was checked each business day.

From May through July 2018, an average of two cases were flagged each business day. Once received, cases were triaged into two categories: not a case or suspect. If the records indicated the case was admitted due to trauma or injury, it was categorized as not a case. However, if tick, RMSF, or other RMSF-related keywords were listed, the case was considered suspect and investigated further. Since RMSF can be easily mistaken for other diseases, such as viral gastroenteritis, upper respiratory tract infection, or urinary tract infection,3 cases were not ruled out purely on alternate diagnoses alone and were also investigated further.

On June 8, 2018, ESSENCE flagged a suspected RMSF case, an infant who had been transferred to a Maricopa County hospital on June 6. The medical records indicated he was scheduled for discharge within hours of being flagged in ESSENCE. The infant had progressively improved on doxycycline, however, the medical records indicated he would be discharged without completing the CDC-recommended treatment (5–7 days of doxycycline for uncomplicated cases).4 MCDPH identified this gap and promptly advocated for continuation of treatment, a potentially life-saving intervention.

Due to its rarity and the fact that RMSF is not locally-acquired in Maricopa County, many physicians in the county’s urban facilities do not immediately suspect RMSF as a cause of illness in their patients. Also, RMSF acquired on Arizona tribal lands does not always present with rash—unlike cases of RMSF found elsewhere in the United States—potentially leading to a missed diagnosis of RMSF. Prompt communication from the originating facility and health departments is most helpful and assists the receiving provider in making a timely diagnosis and an appropriate treatment plan.

In parallel, MCDPH received word from ADHS about the patient through the original passive surveillance protocol. However, that communication was not received until after the patient was discharged. Ultimately, lab results were not available until three weeks after patient discharge, and although the results concluded the patient did not have RMSF, he was not left at risk for severe RMSF-related outcomes during this waiting period. Syndromic surveillance provided timely information and might have prevented severe outcomes associated with RMSF. Adding syndromic surveillance to the RMSF transfer protocol improved situational awareness for MCDPH.