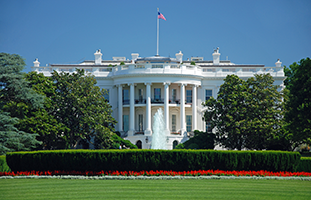 Climate change is a destabilizing force that affects the public health of all Americans. The examples are numerous and varied. Record-breaking heat waves, wildfires, drought, and flooding are impacting different parts of the nation. Some indigenous communities are being displaced by coastal erosion and thawing permafrost.1,2 Even public housing, when built to standards that cannot withstand extreme temperatures, can become a life-threatening (and costly) problem, disproportionally affecting low-income families.1

In June 2021, the National Climate Task Force convened for the fourth time to discuss heat-related impacts of climate change. Joined by Cabinet members and senior leadership from 17 federal agencies, the task force discussed how climate change touches many aspects of people’s lives, from infrastructure and transportation to conservation of natural lands and waters. To quantify the severity of the heat-related impact of climate change—data from CDC’s National Syndromic Surveillance Program (NSSP) were cited to show how “cases of heat-related emergency room hospital visits increased from 857, in the first week of May, to 5,313 in the week of June 13–19—a six-fold increase.”1 The White House briefing culminated with officials identifying short- and long-term measures to deal with escalating threats to public health.

Leaders from federal and state agencies are paying close attention to the vulnerabilities of people most affected by climate change. Still, more strategies are needed to identify at-risk populations and monitor how climate change affects them.1 Syndromic surveillance is a proven way to collect health data without placing additional demands on clinicians in areas already equipped to share syndromic data. CDC’s Heat & Health Tracker uses syndromic data so that communities can better prepare for and respond to extreme heat events.3 Syndromic data can be collected and analyzed in near real-time, and syndromic surveillance can be readily integrated with most surveillance systems (for example, to gather data from emergency relief centers during hurricanes). State data, once combined,4 give a national picture of public health.