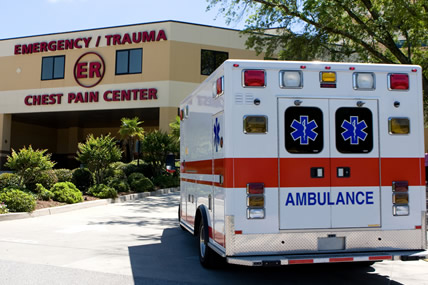 During the June 2020 NSSP CoP monthly call, “Interstate Data-Sharing in the BioSense Platform,” Zach Faigen (NC) and Mike Dolan Fliss (NC) described their project for sharing opioid data from emergency department (ED) visits with neighboring states. Their motivation stemmed from the 2019 NSSP Regional Data Sharing Workshop Series in which attendees discussed the feasibility of, challenges to, and goals for sharing data across public health jurisdictions.

Faigen set the stage by describing the enthusiasm everyone shared after attending the workshops. But the reality, as he explained, is the difficulty of putting data sharing into practice once people return to their home state. “We get wrapped up in our day-to-day work,” Faigen said. “We run into the legal hurdles that pop up all the time and are very difficult, and then it [data sharing] just doesn’t go anywhere. And this has been happening for years.”

The impetus for the opioid project arose after Fliss learned that North Carolina’s data did not appear to reflect the true number of opioid cases (later attributed to people crossing borders to seek care). Fliss, who built North Carolina’s opioid overdose syndromic surveillance dashboard, presented the dashboard at a conference to solicit feedback. He found some feedback unsettling, especially when one attendee stated to the effect “I personally know of more ED visits among our residents last month than you’re reporting for the whole year. We can’t trust state data.”

That distrust of state data stayed with Fliss. He contacted Faigen, and they resolved to determine why. To start their investigation, they invited epidemiologists from neighboring states to assist—Georgia, Tennessee, South Carolina, and Virginia—and began holding monthly conference calls. Everyone agreed that this was worthwhile to explore because of the potential benefit to the broader community. They agreed to share aggregate data for syndromes and total ED visits, which could be done easily, especially after reconfiguration of the Access & Management Center (AMC). Data access rules are now easy to set up and simple to follow.

Although the project is now on hold as practitioners focus on the COVID-19 response, preliminary findings indicated 1% of 3 million North Carolina ED visits could be attributed to out-of-state EDs. This suggests tens of thousands of opioid cases may be lost to residential state surveillance. Some border counties saw even higher numbers: 50% to 80% of out-of-state visits lost to residential state surveillance. The highest numbers were concentrated around large cities across borders from rural communities. Faigen and Fliss described their challenges and goals for initiating and conducting the project and then invited participants to describe their own experiences sharing data with neighboring states.

The presentation concluded with a panel discussion. Participants shared their viewpoints on the ethical barriers to sharing or not sharing data with other states, federal partners, healthcare providers, and stakeholders. They described factors that facilitate and present barriers to interstate data sharing and the legal challenges they can face when trying to implement data use agreements. Check out the call recording here.external iconexternal icon