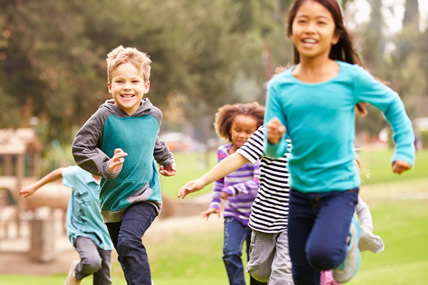 The National Syndromic Surveillance Program Community of Practice (NSSP CoP) Syndrome Definition (SD) Subcommittee examines topics of high interest to syndromic surveillance practitioners. In July 2020, the SD Subcommittee focused on health topics that affect children, including COVID infection-associated shutdowns, children being out of school, and families under increased stress. Elizabeth Swedo of CDC’s National Center for Injury Prevention and Control (NCIPC), Division of Violence Prevention (DVP), described a collaborative effort to develop the Suspected Child Abuse and Neglect Syndrome. She provided the reasoning and context for the definition, described the development process, and discussed obstacles, solutions, and lessons learned that syndromic surveillance practitioners can potentially apply to their work. The syndrome is available in NSSP–ESSENCE and will be added to the NSSP Community of Practice Knowledge Repository.external icon

At the federal level data on child abuse and neglect are collected through the National Child Abuse and Neglect Data Systemexternal icon, or NCANDS, a federally sponsored effort that annually receives and analyzes data on child abuse and neglect known to child protective services (CPS) agencies in the United States. NCANDS data are submitted voluntarily by all states, Washington, DC, and the Commonwealth of Puerto Rico, and key findings are published in the annual Child Maltreatment report series and reports to Congress. Due to reporting and publication schedules, there is often a 1–2 year lag in available data, and NCANDS detects only the most severe cases. Additional surveillance data are periodically collected by the National Incidence Study (NIS)external icon, a congressionally mandated research effort to assess the incidence of child abuse and neglect in the United States. NIS estimates the scope of child maltreatment by combining information about cases reported to CPS with data on maltreated children identified by professionals who encounter them during the normal course of their work in a wide range of agencies in representative communities. While valuable, these data are collected infrequently; for example, data for the most recent iteration of the NIS survey, NIS-4, were colected in 2005–2006 and published in 2010.

Nationally representative self-reported data on child abuse and neglect may be collected via survey, such as the National Survey of Children’s Exposure to Violence (NatSCEV). However, these survey ata are costly to obtain and not collected with regular frequency—the most recent NatSCEV survey took place in 2013–2014 and results were published in 2015.2

Public health departments need complete, high quality, and timely data to monitor the efficacy of prevention programs, allocate resources, and evaluate trends on a granular level. Syndromic surveillance offers a progressive solution. “As you may know,” Swedo said, “syndromic surveillance offers a unique, near-real-time perspective on trends and medical conditions. As a pediatrician who spent 5 years of her career in emergency rooms and urgent cares, I know how much information can be gleaned from a chief complaint.” To obtain timely data, Swedo and her DVP collaborators reached out to colleagues in NSSP and set out to explore how syndromic surveillance could be applied. They sought to define syndromes to capture the incidence and prevalence of emergency department visits related to child abuse and neglect. This would give state and local health departments a more timely and sensitive way to monitor trends and identify changes within their jurisdictions.

To develop each syndrome definition, Swedo and her colleagues used a four-step process: 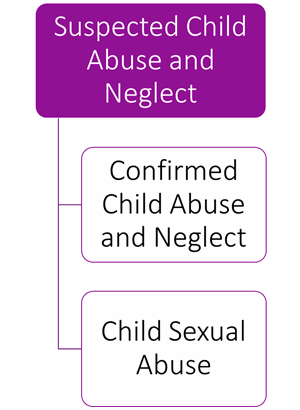 Swedo showed examples of the ICD (including perpetrator) codes; SNOMED codes; keywords; and negation terms. To align with the definition of “child sexual abuse,” they excluded assaults perpetrated by sisters, brothers, cousins, girlfriends, boyfriends, or people other than a parent or custodial adult. The team adjusted the system to exclude Spanish words like molestar, meaning “to bother,” that could appear in a chief complaint if an adolescent said his “throat bothered him,” but might have otherwise been mistaken for the English word molest.

Take-away—Creating more than one definition can give you some flexibility and make decisions easier.

Solution—After much discussion and testing of the query to see what yielded the best results, they decided to use inclusive perpetrator terms. Certain keywords and codes in their definition—like rape or assault—would only be counted if also accompanied by an adult perpetrator keyword or ICD code. This approach makes the definition specific to abuse.

Take-away—Decide on the most important aspect of your definition (for example, specificity versus sensitivity) and allow that to guide decisions.

In conclusion, Swedo announced that the Suspected Child Abuse and Neglect Query v1 is already published in NSSP–ESSENCE as a Chief Complaint/Discharge Diagnosis category. The next steps are to develop and publish a confirmed Child Abuse and Neglect (CAN) query, a CSA query, and a CSA Under Age 10 Years query. Plans are also underway to do more analyses, co-develop manuscripts, and revise the definitions as needed when feedback is obtained.

NSSP and NCIPC thank the Nebraska Department of Health and Human Services, the Texas Public Health Regions 2 and 3, and the Colorado Tri-County Health Department. Their collaboration and feedback was invaluable during the development and refinement of this syndrome definition.