Putting an Ear to the Ground; NIOSH Study looks at Prevalence of Hearing Difficulty & Tinnitus among Workers 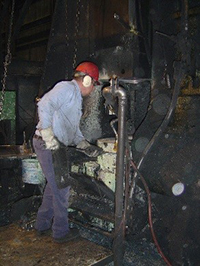 A new study from the National Institute for Occupational Safety and Health (NIOSH) examines hearing difficulty and tinnitus as two potentially debilitating physical conditions that are prevalent in the United States, especially among workers occupationally-exposed to noise. The study was published by the American Journal of Industrial Medicine last week.

Hazardous noise is prevalent in the workplace, affecting approximately 22 million U.S. workers. Many cases of hearing loss among these employed adults are attributable to occupational noise exposures, and can have substantial adverse impacts for work, interpersonal relationships and general quality of life. Tinnitus, often known as “ringing in the ears,” is the perception of sound in one or both ears or in the head when there is no other source of sound in the environment and often occurs together with hearing loss. The NIOSH study is the first to report prevalence estimates for tinnitus by U.S. industry sector and occupation, and provide these estimates side by side with prevalence estimates of hearing difficulty.

“Hearing loss can greatly impact a workers’ overall health and well-being,” said NIOSH Director John Howard, M.D.  “A study of the prevalence of hearing conditions among the overall U.S. adult population and among noise-exposed and non-noise-exposed workers gives a clearer understanding of where improved strategies for prevention of hearing loss are needed. Hazardous levels of occupational noise exposure and environmental noise exposure both need to be avoided.”

Data from the 2007 National Health Interview Survey (NHIS), a collection of detailed self-report information on hearing difficulty, tinnitus, and exposures to occupational noise, were examined. Hearing conditions were compared among workers with and without occupational noise exposure, and across industries and occupations. Researchers noted the following key findings:

Hearing difficulty, tinnitus and their co-occurrence are prevalent in the U.S., but especially among noise-exposed workers. Workers with hearing loss often have trouble localizing sounds or hearing warning signals and have an increased risk of accidents. Hearing loss impedes communication and often leads to isolation in social situations, impediments in career progression, reduced autonomy, poor self-image, fatigue, frustration and depression. Tinnitus can disrupt sleep and concentration, increasing fatigue, impacting alertness, degrading performance, and potentially increasing risks for accidents on and off the job. This study identifies industries and occupations in which prevention efforts need to be focused. Increased awareness of these problems, targeted interventions, better implementation of current best practices for hearing conservation in the workplace, improving and innovating these strategies, and stronger regulations are needed to safeguard workers’ quality of life.

The study, Hearing Difficulty and Tinnitus among U.S. Workers and Non-workers in 2007, can be found at: http://onlinelibrary.wiley.com/doi/10.1002/ajim.22565/abstractexternal icon. For more information about occupational hearing loss surveillance, please visit: https://www.cdc.gov/niosh/topics/ohl/. To learn more about hearing loss prevention, please visit: https://www.cdc.gov/niosh/topics/noise/.

NIOSH is the federal agency that conducts research and makes recommendations for preventing work-related injuries, illnesses, and deaths. For more information about NIOSH visit https://www.cdc.gov/niosh/.