NIOSH is conducting important research to understand risk of exposure to opioids in the workplace, assess sampling technologies and personal protective equipment, and expand surveillance and data on the impact the opioids crisis is having on the workplace. Below is a brief summary of select NIOSH research activities. 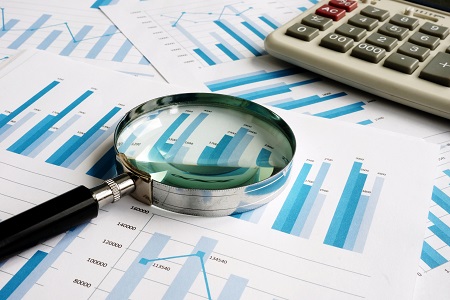 Law enforcement, emergency responders, medical workers, and remediation workers may come into contact with illicit drugs (including opioids such as fentanyl) in the workplace. To safely do their jobs, these workers need an easy, fast, accurate, and low-cost way to detect drugs on surfaces. NIOSH is developing and testing a portable direct reading device for surface sampling that is sensitive enough to quickly identify and measure fentanyl and similar illicit drugs. The device is like an at-home pregnancy test and will quickly show a positive or negative result in minutes. Traditional analytical chemistry-based methods like liquid or gas chromatography-mass spectrophotometry require collecting a sample, sending samples to a lab for analysis, which can then take weeks to return results.

Hazard Assessment of Pharmaceutical Based Agents and Illicit Drugs

In 2018, NIOSH, the Department of Defense (DoD), and the Department of Homeland Security (DHS) completed a hazard assessment of chemical and radiological chemicals to ensure NIOSH-approved respirators protect first responders from current and emerging chemical threats. Pharmaceutical-based agents were identified but there is a need to further conduct a more comprehensive analysis for current and emerging illicit narcotics, as well as precursors used during the clandestine manufacturing of these drugs to which first responders may be exposed. The objective of this effort is to build a comprehensive consortium of current and next generation illicit drugs that have potential to be exposed to the first responder community through illicit drug use or act of terrorism. DHS will conduct a new comprehensive hazard assessment with a focus on illicit drugs and chemicals involved in production of illicit drugs that have potential to pose harm to first responders.

The Health Hazard Evaluation Program helps employees, union officials, and employers learn whether health hazards are present at their workplace and recommends ways to reduce hazards and prevent work-related illness. Evaluations are done at no cost to the employees, union official, or employers.  NIOSH has completed several field investigations and others are ongoing. Each evaluation provides specific recommendations—based on established NIOSH guidance—to assist in minimizing future exposures and health effects. Using information collected from completed field investigations, NIOSH is also evaluating data gaps.

This project seeks to evaluate the extent that West Virginia (WV) Hospitals and Clinics have adopted occupational fentanyl exposure recommendation outlined in NIOSH’s 2018 guidance:  Preventing Occupational Exposure to Healthcare Personnel in Hospital and Clinic Settings.  This evaluation will be used to improve NIOSH guidance and align NIOSH’s science-based recommendations with the needs of the healthcare provider community. Barriers and best practices will be identified and used to develop a toolkit for implementation.

Data from workers’ compensation (WC) systems have played a vital role in the initial identification and response to the opioid crisis. WC systems provide unique datasets that follow an individual over time. Analyzing these datasets can help public health researchers to understand the link between opioid use/misuse and worker industry and occupation, injury types and worker demographics, help to identify evidence-based programs and practices that reduce opioid use/misuse, and help to protect workers who may be exposed to opioids on the job. The NIOSH Center for Workers’ Compensation Studies has also been actively encouraging different stakeholders to publish data they have on these topics, whether independently or in partnership with public health researchers. See the NIOSH opioids website for a selected list of WC opioid studies.

Between 2000 and 2014, the death rate from drug over dosage in the U.S. has more than doubled, and in 2014, 61% of drug overdose deaths involved some type of opioid. The rate of drug overdose deaths involving synthetic opioids and non-pharmaceutical fentanyl manufactured in illegal laboratories nearly doubled between 2013 and 2014. In 2017, almost 68% of drug overdose deaths involved an opioid. There were over 70,000 deaths from all drug overdoses in that year.  Reports from law enforcement agencies indicate that synthetic opioid overdoses may be due to illegally made fentanyl. The U.S. Drug Enforcement Administration (DEA) has highlighted the increasing risks of law enforcement and emergency medical service (EMS) personnel contacting these drugs in the course of law enforcement and emergency response activities through inhalation and skin (dermal) absorption exposures. Exposure to these drugs may result in adverse health effects such as accidental overdose or even death.

Possible exposure routes to fentanyl and its analogues can vary based on the source and form of the drug. Responders are most likely to encounter illicitly manufactured fentanyl and its analogues in powder, tablet, and liquid form. Several organizations published PPE recommendations for protection against fentanyl and its analogues based on the current knowledge about the barrier resistance of protective clothing. However, evidence-based recommendations for protective clothing selection through testing the penetration and permeation of different forms of opioids are needed. NIOSH seeks to provide empirical data on the protective performance of continuous and discontinuous regions of various uniform and protective clothing types used by emergency responders, public safety officers, and healthcare workers against powdered and liquid substances.

Nitrile gloves are recommended for the protection of first responders facing minimal and moderate exposure to fentanyl; however, the performance of nitrile gloves stored in field conditions is not known.   Moreover, there is limited data on the expected protection of nitrile gloves against powder penetration and dispersion.    This study seeks to 1) measure physical performance of gloves stored under hot and cold conditions and compare the data with fentanyl permeation of gloves stored under hot and cold conditions, 2) assess the puncture resistance of gloves against fine and coarse particles, and 3) measure the transfer of surrogate and drug powders to and from gloves.