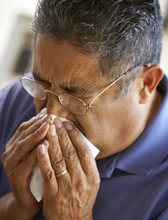 What Is NIOSH Learning?

Reports in the news media have associated the deaths of at least four nurses with 2009 H1N1 influenza. Efforts to gain a fuller understanding of the prevalence of serious H1N1 illness and fatalities among nurses, as well as other healthcare personnel, have been limited due to a lack of occupational data in existing healthcare surveillance systems. More efforts are needed in order to fully appreciate the prevalence of severe H1N1 illness among healthcare workers.

Healthcare personnel are at increased risk of occupational exposure to the 2009 H1N1 virus based on their likelihood for encountering patients with 2009 H1N1 illness. In contrast to seasonal influenza virus, 2009 H1N1 influenza virus has caused a greater relative burden of disease in younger people, which includes those in the age range of most healthcare personnel. For some healthcare personnel, this higher risk of exposure and illness may be compounded by the presence of underlying illness which places them at higher risk of serious flu complications, such as asthma, diabetes, or neuromuscular disease. Of particular concern to the healthcare workforce, which is largely female, is the fact that pregnant women are among those groups considered to be at higher risk of severe infection from 2009 H1N1.