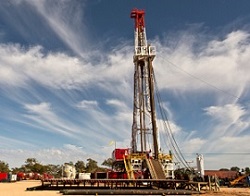 The NIOSH Oil and Gas Sector Program maintains a database, Fatalities in Oil and Gas Extraction (FOG), that collects data on fatal events in the oil and gas exploration and production industry. Fatalities were identified through a variety of sources including OSHA, media reports, and professional contacts. This report provides a summary of the data contained in FOG related to suspected inhalation deaths to workers involved in tank gauging, sampling, and fluid transfer activities at oil and gas well sites. NIOSH will continue to work closely with OSHA to collect additional details on each case.

Included in this report are fatalities associated with tank gauging, sampling, and fluid transfer activities at oil and gas well sites where the inhalation of volatile petroleum hydrocarbons is a possible contributing factor during 2010-2014[1]. Many of the 2014 OSHA cases are still “open” making it difficult to obtain further information on the cause of death. The following types of fatalities were excluded: confined space, fires/explosions, and documented H2S.

Note: Information reported for each case description is publicly available and is a summary of the event from multiple sources.