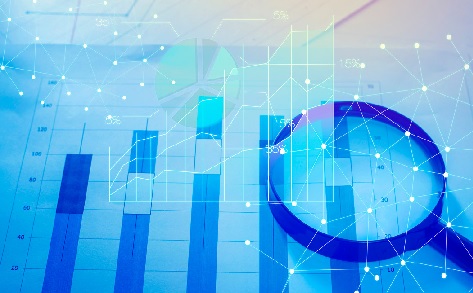 NIOSH is pursuing a range of research activities in the area of flavorings-related lung disease:

Exploring several areas to expand and improve exposure assessment of flavoring compounds. With recent toxicological evidence suggesting the importance of diacetyl and other alpha dicarbonyl compounds, NIOSH is developing a sampling and analytical method for vapors of these compounds based on derivatization with the reagent 1,2-phenylenediamine. The derivatization provides very low detection limits in the analysis. Because the derivatization occurs during sampling, it is expected to increase the maximum volume of air that can be sampled, which would enable full-shift sampling without change-out of the samplers. There is also concern about exposure to airborne dusts containing diacetyl and other flavoring compounds. A method is being developed involving filter sampling of airborne dusts, followed by headspace solid-phase microextraction (HS-SPME) of water extracts and analysis by gas chromatography-mass spectrometry (GC-MS). Finally, because flavoring environments are frequently complex, containing a wide variety of volatile organic compounds (VOCs), NIOSH is interested in methods that can measure a broad range of VOCs in a single sample. In pursuit of this goal, NIOSH is investigating evacuated canister and helium diffusion sampling (HDS) followed by GC-MS analysis. Both techniques collect whole-air samples in which the components remain in the vapor phase until analysis. Both techniques have the advantages of pump-free sampling; no adsorption/desorption of analytes to/from sampling media; and it provides excellent sensitivity because concentration techniques in the laboratory are more efficient than those in the field.

Following the initial investigations into exposures and controls for flavoring production, efforts were undertaken to assess potential for exposures and controls in downstream industries in 2009-2010. The study focused on dairy, snack foods, confections and baked goods. Exposure assessment surveys were conducted at nine food production facilities and one flavoring manufacturer. The ten facilities included three confection facilities, two dairy facilities, one bakery, one cereal facility, one snack food facility, one winery and one flavoring manufacturer. Overall, a total of 105 area and 74 personal samples were collected for 13 flavoring compounds including five ketones, five aldehydes, and three acids. The majority of the samples were below the limit of detection (LOD) for most compounds. The processes observed can be placed into two broad categories: handling and production. Handling included tasks such as mixing, spraying, loading, packaging, pouring, or manual weighing when conducted manually. Production process included these tasks when conducted mechanically and also included fermentation, cooking, mechanical pumping, and milling. In some cases, no flavors were used, and in other cases, natural products that included butter, margarine, milk powder, cream, milk chocolate, or chocolate liquor were used.

More details on these studies can be found in: Flavoring exposure in food manufacturingexternal icon

In-depth engineering control evaluations were conducted at three facilities including a commercial bakery; a cereal and other flour and grain-based products manufacturer; and a gelatin plant. In these plants, the processes evaluated included blending/ mixing of powders, mixing of emulsions, barrel coating, and packaging of powdered product. These studies helped assess those tasks which were associated with increased chance of exposure. Further recommendations on control approaches to reduce the potential for exposure were provided to the companies and are documented in the in-depth survey reports.

More details on these in-depth engineering control assessments can be found at:

Developing guidance for respirators. Respirators also have an important role in worker protection. NIOSH respirator researchers are studying the effectiveness with which respirators are able to filter out diacetyl and other potentially harmful flavoring chemicals.

Learning more about the health effects of flavoring exposures. Laboratory researchers are studying the acute inhalation toxicity of flavoring agents, identifying why flavorings are toxic in airways, and developing methods for more rapid screening of flavoring agents to assess whether they have potential for airways toxicity. For example, in 2010, NIOSH laboratory researchers reported that inhaled 2,3-pentanedione, sometimes used as a diacetyl substitute, injures airway epithelium in rats in a fashion resembling diacetyl [Hubbs et al, 2010aexternal icon]. There is ongoing interest in restrictive pattern spirometry excesses being found in flavoring-exposed workers, with on-going analyses of health hazard evaluation data to assess the extent to which excesses of restrictive pattern spirometric abnormalities exist and plans to obtain and analyze lung volume, diffusing capacity, and radiologic tests to examine whether these abnormalities reflect a spectrum of lung disease apart from clinical obliterative bronchiolitis.

Read “Coffee Workers at Risk for Lung Disease” and “Diacetyl and Food Flavorings” on the NIOSH Science Blog and share your comments.