Aircraft after mid-air collision at Talkeetna, May 2015. Photo: National Transportation Safety Board.

A mid-air collision is an event in which two or more aircraft come into unplanned contact during flight. They are extremely hazardous due to the potential for structural damage resulting in uncontrolled contact with the ground.

After several mid-air collisions in 2011, NIOSH worked as part of the Matanuska-Susitna Mid-Air Collision Avoidance Working Group to address the hazard of mid-air collisions. Representatives from industry and government organizations worked to eliminate overlapping Common Traffic Advisory Frequencies (CTAFs), which are frequencies used by pilots to communicate while operating near an airport or landing area when not in communication with air traffic control. Recommendations were provided to the Federal Aviation Administration (FAA) and CTAF areas were established to cover a defined geographic area, which may include multiple airports or landing areas, using a single radio frequency. Current maps with CTAF areas are found on the FAA’s websiteexternal icon and are listed for individual airports in the Alaska chart supplement.external icon 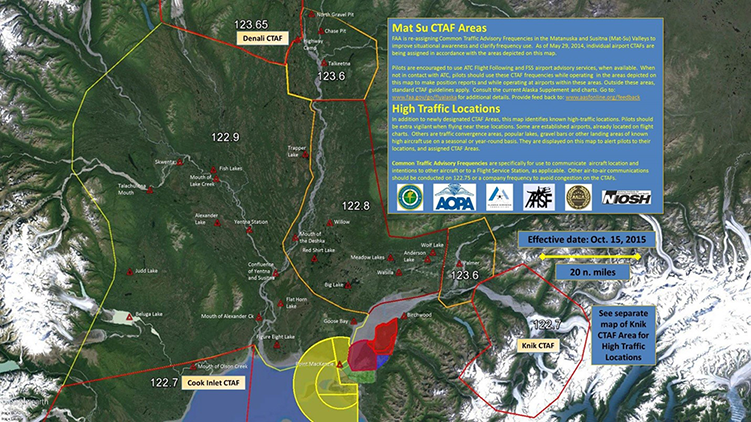