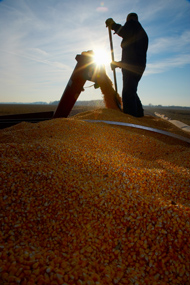 M-OISPA data were collected through an interagency agreement between the National Institute for Occupational Safety and Health (NIOSH) and the U.S. Department of Agriculture (USDA)external icon, National Agricultural Statistics Service (NASS)external icon. NIOSH collaborated with NASS to collect data for adult occupational injuries occurring on US farms operated by minorities. Because it is possible for an operator to report being of Hispanic origin and a racial minority on the Census of Agriculture, the Hispanic and racial minority estimates are not mutually exclusive and cannot be combined to produce an overall estimate for minority farm operations.

The M-OISPA was conducted in conjunction with the Minority Farm Operator Childhood Agricultural Injury Survey (M-CAIS). The M-CAIS samples is between 50,000 and 55,000 farming operations, with all primary minority operators on the Census of Agriculture list contacted for the survey. The survey is conducted the year following the NASS Census of Agriculture to utilize the most current list of minority farm operators. A stratified random subsample of 25,000 farms was selected for the M-OISPA. M-OISPA collected data on minority operated U.S. farms that included information on farm characteristics, household demographics, and occupational injuries to adults 20 years of age and older living on, working on, and visiting the farm. Detailed injury information was collected for the two most recent injury events that occurred on each farm.

Adult – anyone 20 years of age and older.
Farm – any crop and/or livestock operation with $1,000 or more of gross agricultural production within a calendar year.
Hispanic – included operators who reported their ethnicity on the Census of Agriculture as Hispanic.
Occupational Injury – any traumatic event that resulted in at least 4 hours of restricted activity or required professional medical attention, and occurred while performing activities that had a direct impact on the farming operation as a business, regardless of whether the activity was performed for pay.
Racial minority – includes operators who reported their race on the Census of Agriculture as Black/African American, American Indian/Alaska Native, Asian/Native Hawaiian/Pacific Islander, multi-racial, or other race.
Working adult definitions – To facilitate the correct matching of injury estimates to working adults, specific demographic terms were used for the various combinations of populations in OISPA. They are defined as:

M-OISPA is designed to produce national and regional estimates of the number of working adults 20 years of age and older on U.S. racial minority and Hispanic operated farms by various farm demographic characteristics. Working adult estimates include household adults, hired adults, and visiting adults who performed farm work for the calendar years 2003 and 2008.

M-OISPA is designed to produce national and regional estimates of the number of occupational injuries to workers 20 years of age and older on U.S. racial minority and Hispanic operated farms by various injury characteristics. Occupational injury information is collected for all working adults on farms for the calendar years 2003 and 2008. This includes adults living on, working on, or visiting the farm. Occupational injury data include information on the nature of the injury, the source of injury, the type of injury event, and the body part injured. Basic demographic information for all injured working adults is also collected.

Age, in years, at the time of injury.

Notes – Age groups are inclusive of the years listed in the range. For injury estimates, age is available for all types of injured working adults.

The region or part of the body injured.

The type of production indicated for the respondent which represents the largest proportion of gross income for the farm operation.

Respondent-report of the type or nature of injury that occurred (e.g., burn or fracture).

Notes – The event or exposure is classified in a hierarchical structure with general divisions: contact with objects; falls; bodily reaction and exertion; exposure to harmful substances or environments; transportation accidents; fires and explosions; assaults and violent acts; other events or exposures; and non-classifiable. Each case is coded to the most significant level of detail permitted by using the information abstracted from a narrative.

The object, substance, bodily motion, or exposure which directly produced or inflicted the injury or illness as coded in the Bureau of Labor Statistics Occupational Injury and Illness Classification System (OIICS version 1)external icon.

Notes – The source is classified in a hierarchical structure with general divisions: chemicals and chemical products; containers; furniture and fixtures; machinery; parts and materials; persons, plants, animals, and minerals; structures and surfaces; tools, instruments, and equipment; vehicles; other sources; and non-classifiable. The injury source is coded in a similar fashion and level of detail as the injury event. However, there are more codes available for source than event because of the diversity of items that could produce an injury.

Geographic regions as defined by the U.S. Bureau of the Census.

The distinction between male and female.

Identification of whether the adult lived on, worked on, or was a visitor to the farm.

Although NIOSH extends considerable effort to insure reasonable data quality for M-OISPA estimates, there are no warranties expressed or implied with these data. The objective of M-OISPA is to provide public access to population, injury, and health information for working adults on U.S. farms for use in farm safety and injury prevention activities where understanding the general magnitude of these characteristics are important. Use of these data for other purposes should be done with caution.

There are several limitations to the estimates derived from M-OISPA. First, the recall period for an injury was up to 15 months. While the definition of injury excluded minor injuries, which may be easily forgotten, there is still the possibility that a reportable injury was not remembered by a respondent. A second limitation is that most of the respondents were the female head of household, which may have resulted in an under reporting of hired worker injuries, especially for larger farming operations with many employees. Third, there was no way to verify the accuracy or completeness of the responses, which could impart some measurement error into the overall results. Fourth, these data do not include injuries that occurred to contract farm workers. Fifth, there is the possibility of a non-response bias. Due to the survey design, it was not possible to make a second contact to farm operators who refused to participate in the survey. This did not allow for a followback questionnaire to assess these refusals. Finally, the estimates produced for Hispanic and racial minority farm operations cannot be combined to produce an overall estimate for minority farm operations. Because it is possible for an operator to report being of Hispanic origin and a racial minority of the Census of Agriculture, the two estimates are not mutually exclusive.