Inside NIOSH:
Safety Data Sheets Omit Some Chemicals in Flavorings 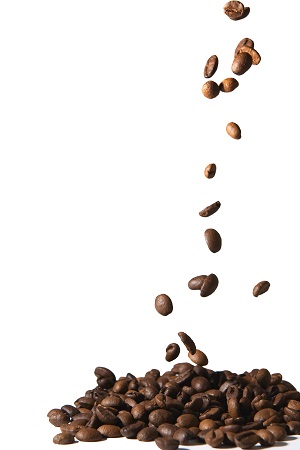 Testing found diacetyl or 2,3-pentanedione in flavoring samples from two coffee roasting and packaging facilities, even though the safety data sheets did not list these chemicals. Getty Images

NIOSH investigations have shown that sufficient levels of work-related exposure to certain chemical vapors in flavorings can cause severe, irreversible lung disease. These chemicals, diacetyl and its closely related substitute 2,3-pentanedione, can be added to flavorings like the butter in microwave popcorn. The disease, technically called obliterative bronchiolitis, is sometimes called “popcorn lung” because scientists originally described it in workers who manufactured microwave popcorn.

Q: Why did you do this study?

A:  Diacetyl and 2,3-pentanedione are volatile organic chemicals often included in flavorings used in food products. While considered safe for consumption, these chemicals evaporate at room temperature, presenting the risk of exposure in workplaces where these flavorings are used. It is important to identify which flavorings contain diacetyl and 2,3-pentanedione, so employers and workers can take appropriate precautions to prevent exposure during manufacturing and production.

The problem is that safety data sheets do not always include this information. For example, diacetyl and 2,3-pentanedione might not be listed individually even though each are components of listed ingredients. Chemicals considered proprietary, or trade secret, also can be omitted, as can chemicals comprising less than 1% of a mixture. Finally, authors of safety data sheets might not list diacetyl and 2,3-pentanedione if they don’t recognize them as potentially hazardous.

Q: How did you do the study?

A: We took samples of 26 liquid flavorings from two coffee roasting and packaging facilities. The flavorings included hazelnut, French vanilla, amaretto, chocolate, and caramel, and fruit-flavored mixtures such as cherry and raspberry. We tested the samples for 20 volatile organic compounds, including diacetyl and 2,3-pentanendione, using a highly-specific laboratory test called gas chromatography-mass spectrometry, which detects even minute amounts of various substances in a mixture. Finally, we compared our chemical measurements to the ingredient list on the safety data sheets provided by the flavoring manufacturers.

Q: What did you find?

Q: What are the implications?

A: Employers and employees should know that flavoring mixtures can contain chemicals that are potentially hazardous if breathed in, even if those chemicals are not listed on the safety data sheets. Exposures to vapors arising from the flavorings can be minimized through engineering and work practice controls and, potentially, other measures. Those who want more information can find it on the NIOSH website. 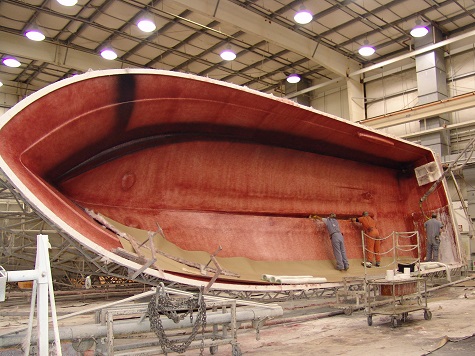 Former boat-building workers with longer tenure had more exposure to styrene and a greater risk of leukemia compared to shorter-term workers. Photo by NIOSH.

Chemicals are used in manufacturing to make everything from food containers to your favorite pair of shoes. One such chemical is styrene, a colorless, strong-smelling liquid used to make plastics and rubber for these products and others, including insulation, fiberglass, pipes, vehicle parts, and carpet backing.

During the manufacturing process, chemical vapors contaminate the air.  When workers breathe in this contaminated air, styrene exposure can occur. The known health effects of styrene exposure include changes in color vision, tiredness, dizziness, delayed reactions, and difficulty with concentration and balance. Less well known is whether styrene increases the risk of cancer, although it is “reasonably anticipated to be a human carcinogen,” according to the National Toxicology Programpdf iconexternal icon.

To further explore the relationship between work-related styrene exposure and cancer, NIOSH investigators compared styrene exposures to cancer deaths among 5,201 former workers in two boat-building facilities in Washington State. The facilities have since closed but, when operational, manufactured boats using styrene-containing materials. The investigators looked at all workers who had worked in one of the facilities for at least one day between January 1, 1959, and September 31, 1978.

A previous NIOSH study focused on this group of workers, but the current study extended the follow-up by five years, and included data on 418 additional deaths. Using publicly available information from the National Death Index, NIOSH investigators calculated death rates from cancers of the blood and lymphatic system, such as leukemia and lymphoma, and lung cancer among the workers. They then compared the cancer-related death rate among the workers to the rate found among the general population in Washington State. Additionally, the investigators used information from personnel records to estimate styrene exposure by length of employment and job type, and calculated the risk of cancer death related to this exposure.

The investigators focused on two types of cancers, leukemia and lung cancer. Researchers found the death rate from leukemia among these workers was comparable to the rate in the general population, according to the study published in the American Journal of Industrial Medicineexternal icon.  However, workers in the boat-building facilities with longer tenure with more exposure to styrene did show a greater risk of leukemia when compared to shorter-term workers. On the other hand, the  risk of dying from lung cancer did not appear to be associated with styrene exposure while working in the boat-building facilities.

How do manufacturing companies know the best and safest way to design workplaces and assign tasks? Ideally, injuries and illnesses should be prevented, but historically companies have adjusted their workplace policies, practices and procedures after an injury or illness occurred.

In a NIOSH-supported study at the University of Iowa’s College of Public Health, researchers tested the role of computer simulation in promoting workers’ well-being by designing safer work. Known as digital human modeling, the simulation can help predict behavior and hazards and evaluate work design, without putting workers at risk or creating costly physical mock-ups.

Researchers partnered for one year with a manufacturing company to examine digital human modeling in a real-world setting, according to the study published in the journal IISE Transactions on Occupational Ergonomics and Human Factorsexternal icon. The company manufactures window and door assemblies with about 400 hourly workers, and has a safety program that includes daily facility walkthroughs and task evaluations performed by the safety manager.

Using a commercially available software, researchers simulated seven distinct work tasks to identify risks for musculoskeletal diseases and develop and evaluate workstation designs to reduce risks. They also looked at the connection between non-work-related risks such as body mass index (BMI) and work-related tasks.  For example, based on low-back injury reports, the company wanted to find out the maximum load their manual material-handling carts should hold. These carts were typically used to carry window glass and when fully loaded approached a weight of 1134 kg. After taking into account measurements and estimates of force, digital human modeling suggested a far lighter load of 227 kg. The company used these results to update its training procedures and cart-loading recommendations. The company also used digital human modeling to redesign workstations.

Researchers found that digital human modeling could help identify work-related risks, especially in scenarios that are difficult to assess with traditional approaches. This approach aligns with the first step of the NIOSH Hierarchy of Controls Applied to Total Worker Health, by eliminating working conditions that negatively impact safety and worker well-being. Although these results are promising, more research is necessary to understand additional uses and barriers for using digital human modeling to prevent work-related injuries and illnesses.

Workplaces can play a large role in improving worker health, resulting in improved community health. But, how can workplaces and communities interact to influence the overall health of workers? Can workers in precarious work arrangements, often characterized by low wages and few or no benefits, rely on their communities to help them in protecting and promoting safer and healthier work? How can communities help their residents create opportunities for healthier work?

Using the holistic Total Worker Health® (TWH) concept, which acknowledges risk factors related to work that contribute to health problems previously considered unrelated to work, NIOSH-supported researchers at the University of Illinois-Chicago School of Public health are exploring how to implement safer and healthier approaches to work that extend into the community. They are engaging with local neighborhoods, especially those with residents in precarious work, to find ways to improve worker health at the community level. To identify what works, they are using a community health survey, focus groups, interviews, and an approach called concept mapping. This approach creates a visual representation of participants’ thoughts about and priorities between health and work.

By engaging directly with communities and the workers within them, researchers can continue to raise awareness of the relationship between communities, work, and health, as well as develop new TWH interventions. As the project continues, the next step will include intervention mapping, which plots evidenced-based interventions to specific community needs.