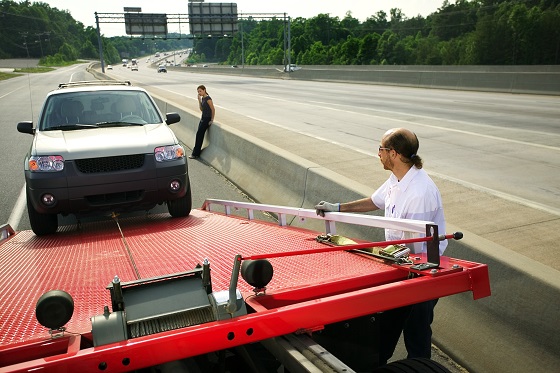 From 2011 through 2016, the motor vehicle industry reported a death rate more than 15 times the rate for all U.S. private industries. Stockbyte/Getty Images

The motor vehicle towing industry has a higher rate of work-related injury and death compared to other industries, according to NIOSH research presented at the National Occupational Injury Research Symposium in Morgantown, West Virginia. Yet studies historically have focused on the safety of other first responders, including law enforcement officers, fire fighters, and emergency medical services workers.

To address this research gap, NIOSH investigators recently undertook one of the first national studies of nonfatal injuries and deaths in the motor-vehicle towing industry. Data for this study came from publicly available information from the Bureau of Labor Statistics Survey of Occupational Injuries and Illnesses (SOII) and Census of Fatal Occupational Injuries (CFOI) for the years 2011 through 2016. This study reported counts and rates of nonfatal injury and death in the motor vehicle towing industry. The rates for this industry were compared to the rates for all U.S. private industries.

Deaths: CFOI data from 2011 through 2016 reported 191 deaths in the motor vehicle towing industry. This number translates to an annual average fatality rate of nearly 43 deaths per 100,000 workers, more than 15 times the rate of 2.8 deaths per 100,000 workers for all U.S. private industries combined. Most deaths occurred among non-Hispanic white males between the ages of 45 and 54 years. More than half of the deaths occurred in companies that had 10 or fewer employees. The leading causes of death were motor vehicle incidents, followed by contact with objects and equipment. Motor vehicle incidents frequently involved workers on the side of the road being struck by passing vehicles.

Until now, nonfatal injuries and deaths in the motor vehicle towing industry have been largely overlooked. The findings from this study underscore the need for additional research and tailored prevention efforts.

In This Issue
NIOSH Research Rounds is Brought to You By:
email_03Get Email Updates 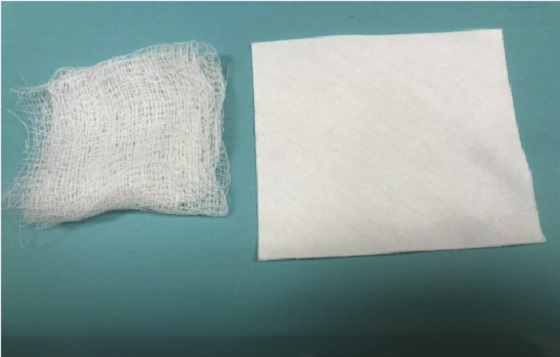 Many consumer products, including electronics, contain flame-retardant chemicals that slow or prevent fire from starting or growing. In the workplace, employees may be exposed while manufacturing or recycling consumer products that contain flame-retardant chemicals. Monitoring and preventing exposure is critical since workplace exposure to some of these chemicals is linked to an increased risk for hormonal, immune, and reproductive disorders.

For each type of material, the investigators wiped the participants’ hands immediately following a work shift and before hand-washing. Workers’ hands were wiped three times with either a gauze wipe or a twill wipe. Investigators measured the amount of flame-retardant chemicals removed by each wipe then added them together to determine the amount removed by all three wipes. Investigators then calculated the average percent removed by each type of wipe in the series of three wipes for the six participants.

Although the first wipe removed most of the chemicals of the total removed by all three wipes, the range varied greatly depending upon the type of flame-retardant chemical, according to the study published in the journal Chemosphereexternal icon. For gauze wipes, the percentage of chemicals removed by the first wipe ranged from 4% to 98%. The percentage of chemicals removed by the first twill wipe was just slightly lower, ranging from 1% to 89%. In addition, more than half of the total flame-retardants removed remained on the hands after the first wipe. According to the investigators, these findings show that a single hand wipe is likely insufficient in determining the total amount of flame-retardant chemicals on the skin. To improve the accuracy of measurements more than one wipe may need to be used. Lastly, the study indicated that although twill wipes may be a better wipe material than gauze, additional research is needed to conclude this with statistical significance. 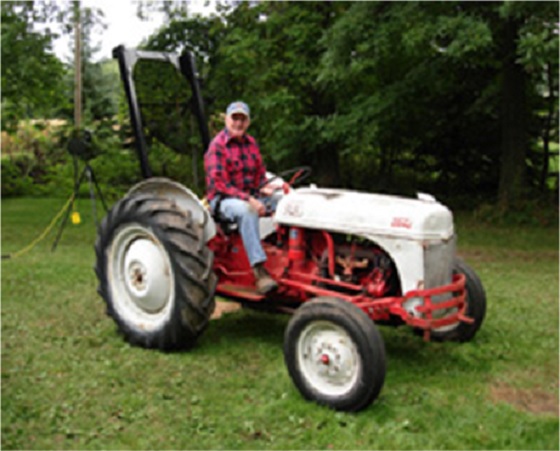 Cost-effective rollover protective structures, like the one pictured, helped decrease farm worker deaths and injuries, saving more than $4 million in New York State from 2007 to 2017. Photo from NIOSH.

Rollover protective structures, or ROPS, saved more than $4 million in prevented deaths and injuries among New York State farm workers from 2007 to 2017, according to a NIOSH-funded study published in the American Journal of Public Healthexternal icon.

ROPS, which became standard tractor equipment in 1985, help prevent injuries from tractor overturns –the leading cause of farm-related deaths. However, many tractors made before 1985 are still in use. When added, or retrofitted, to these older machines, ROPS have been shown to significantly reduce the risk of deaths and injuries during tractor overturns.

Past studies revealed that farmers, in particular those in New York State, preferred not to use this equipment due to various reasons, including concerns about the cost, finding appropriate ROPS and lack of storage space for the tractor after ROPS installation. These challenges, combined with a high national ranking for tractors without ROPs, led New York State to begin a program in 2007 to increase retroﬁtting. The New York ROPS Rebate Program, developed by a NIOSH-funded project at Bassett Healthcare, aims to address barriers that farmers face related to the retroﬁtting of ROPS on tractors. The program relies on state funding to provide incentives such as a rebate of approximately 70% of the cost to retrofit a tractor (including purchase of the ROPS kit, shipping, and installation).

Recently, a study at Bassett Healthcare evaluated the cost-effectiveness of this program. The program spent $1,776,608 retrofitting machinery. The program saved $6,018,742 in prevented injuries and deaths by helping to prevent 10 deaths and 14 injuries related to approximately 47 rollovers spanning a period of 11 years.

Out of 1,567 tractors retrofitted, investigators collected information on 1,054 (67.2%) through a survey completed by program participants and calls from them through a hotline. Investigators used this information to estimate the total number of rollovers and prevented deaths and injuries. They then used cost information from other published studies on tractor overturns to calculate the program’s cost savings.

Investigators also projected future savings based on the tractors being in operation 15, 20, or 25 years after retrofitting. The cost of future avoided injuries totaled more than $12 million at 15 years, nearly $16 million at 20 years, and almost $19 million at 25 years. According to the investigators, this study demonstrates that the New York ROPS Rebate Program is effective from both a public health and economic standpoint. This research aims to help other states and groups at high risk for tractor overturn injuries make informed decisions about investing in tractor overturn prevention. 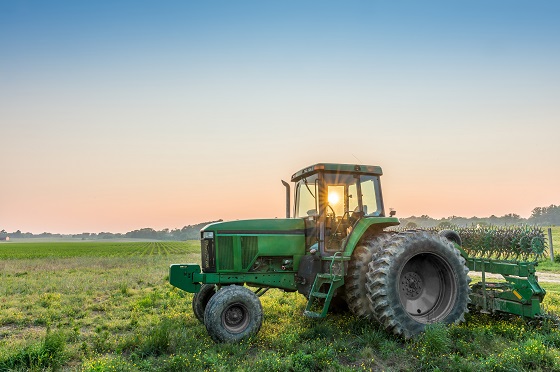 More than 100 farm machines tested exhibited high vibrations levels within an average of a half hour of use, although measurements varied by type of machine. Getty Images/Arnold Media

Long hours of sitting on machinery and working in uncomfortable positions, like kneeling and crawling, along with lifting heavy loads can lead to injuries for farmers. Because of such physically demanding environments, farmers have a greater risk than workers in many other industries of experiencing musculoskeletal disorders—soft-tissue injuries from frequent motion, force, and awkward positions—especially low back pain.

A common risk factor for soft-tissue injuries is whole body vibration, defined as mechanical jolts felt throughout the body when using machines. Currently, little research is available on farmers’ exposure to whole body vibration when using different types of machinery. To address this issue, a NIOSH-funded study at the University of Iowa measured trunk posture and used devices called sensors to measure whole-body vibration as a group of farmers operated 112 agricultural machines. The machines included tractors, combines, heavy utility vehicles like forklifts, and all-terrain vehicles. The researchers compared their measurements to the European Union’s whole-body vibration exposure limits, defined as a cutoff point above which vibration levels increase health risks.

All of the machines exhibited high vibrations levels within an average of a half hour of use, although measurements varied, according to the study in the Annals of Work Exposures and Healthexternal icon. In fact, within 2 hours, nearly 30% of the machines exceeded the European Union’s whole-body vibration exposure limits. All-terrain vehicles had the highest measured vibration levels, and combines had the lowest, which could be due to the weight of the machine and seat-based suspension systems, according to the researchers. For most of the machines, the seat reduced whole-body vibration levels to some extent. Seat-based suspension systems, however, did not substantially decrease whole-body vibration for tractors when compared to tractors without this equipment. The tractors’ seat-based suspension systems may not have been properly adjusted to the farmers’ weight, or they could have worn out over time, according to the researchers. These machines had average vibration levels twice that of combines.

The study included 55 farmers—a subset of 518 farm operators participating in long-term research on physical risk factors and musculoskeletal pain among Midwestern agricultural workers. Most of the study participants were male with an average age of 58 years and reported working in agriculture for an average of 38 years.

The study’s findings could be underestimates, in part, because the researchers did not collect measurements the entire time of machine operation. For this and other reasons, the researchers recommend future studies that measure whole body vibrations during machinery use at different times of the day.