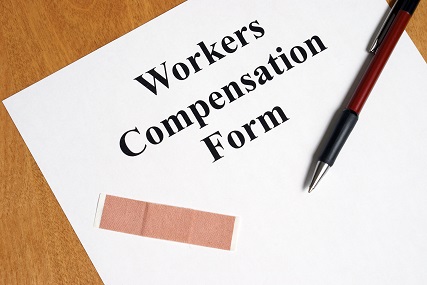 When thinking of workers’ compensation insurance, we typically think of the money and other benefits provided to workers injured on the job. When public health researchers think of this same insurance, they may also see a potential opportunity to learn more information about work-related health and safety hazards.

Recently, NIOSH investigators and partners at Ohio State University in Columbus published three related studies aimed at understanding what kind of information workers’ compensation insurers collect, how the collection of this information could be improved, and whether the information collected could help advance occupational health and safety research. In the following, coauthor Taylor Shockey, M.P.H., an associate service fellow at NIOSH, explains the studies and their results.

Q: What are the studies about?

Q: What did you learn?

A: The first study, published in the Journal of Occupational and Environmental Hygieneexternal icon, looks at how state and private workers’ compensation insurers collect, store, and use information about workplace air and noise hazards obtained through occupational exposure monitoring. Through an online survey of 28 insurers, we learned that all of the private and most of the state-based insurers offered professional industrial hygiene services to test for and control workplace health hazards. A certified industrial hygienist typically provides these services, and most of the insurers in the survey had one to three of these occupational health professionals on staff.

In the second study, published in the same journalexternal icon, we wanted to find out whether the occupational health and safety information in workers’ compensation records could be further standardized for easy access. First, 10 separate organizations, including government agencies, insurance companies, and military, provided a total of 59 industrial hygiene sampling forms on air- and noise-related hazards in the workplace. We then had industrial hygienists who work in research or for private or state-based workers’ compensation insurers identify survey fields (i.e., data variables) considered, by expert consensus, as essential to standardizing these forms. For both air- and noise-related hazards, we found that more than half of the survey fields qualified as essential. After comparing the essential survey fields, we added three additional fields to align with published recommendations.

Our third study, published in the Journal of Safety Researchexternal icon, focused on whether workers’ compensation insurers’ information on controlling occupational risks could be useful to support public health research. We interviewed nine private and state-based workers’ compensation insurers about their risk control practices. We learned that these insurers provide services to promote safe workplaces and practices, which include identifying and controlling risks. In terms of collecting and storing occupational health and safety information, the insurers reported that risk-control consultants collected the information and stored it in databases. We concluded that much of the data that insurers collect could be useful in improving workplace health and safety.

A: Based on our results, we think it’s important to encourage workers’ compensation insurers and public health researchers to work together to standardize and potentially pool the information they collect on occupational exposures and controls. Standardizing the exposure data would ensure that insurers capture the same important information when their industrial hygienists conduct site visits. Ultimately, standardizing this information would not only help further public health research and make sharing information more of a reality in the future, but it could also help insurers provide better service to their customers. We believe expanding collaboration between researchers and insurers critical to promoting the standardized collection of exposure data.

Finally, further research is necessary to understand which potentially hazardous substances workers’ compensation insurers commonly monitor and how they collect and use information about these and other work-related health and safety hazards. 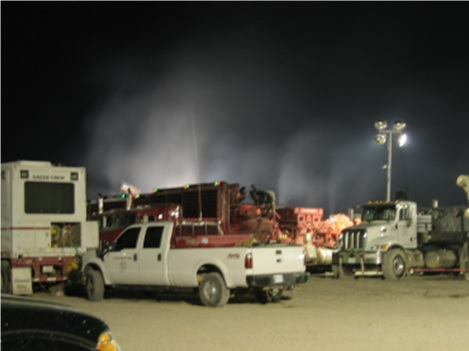 To prevent health effects related to diesel exhaust exposure on oil and gas worksites, it is critical to minimize exposure. Photo from NIOSH.

On oil and gas worksites, diesel engines power machines ranging from drilling rigs to high-powered hydraulic fracturing pumps, to generators and lighting equipment. The diesel exhaust from these engines, however, is a toxic mix of chemicals that includes small particles of carbon, or soot, which can be accidentally inhaled.

For workers, exposure to diesel soot, also called diesel particulate matter or DPM, in diesel exhaust can cause health problems ranging from eye and skin irritation to breathing difficulty and, potentially, cancer. Yet, little information is available about the health risks of DPM exposure during oil and gas extraction and other related tasks. At this time, work-related exposure limits for DPM are not established, although the state of California Department of Health Services advises limiting occupational exposure (measured as elemental carbon) to less than 20 micrograms per cubic meter of air over an 8-hour workday.

Using the California limit for comparison, NIOSH researchers tested DPM levels in 104 air samples on oil and gas worksites in Colorado, North Dakota, Texas, and New Mexico from 2008 to 2012. Of these samples, 49 were from personal breathing zones of workers and 55 were from the general work area where workers spend part of their shifts. The results showed that the level of DPM varied widely. Measured values ranged from less than 1 to 52 micrograms per cubic meter of air over the workday. The average level measured in workers’ breathing zone samples was 10 micrograms per cubic meter over the workday. This value was lower than the California exposure limit, but 5 of the 49 personal breathing zone samples exceeded this limit.

To prevent health effects related to diesel exhaust, it is critical to minimize exposure. Recommendations include using alternative fuels, situating diesel-driven pumps away from worksites, properly configuring worksites, and using advanced technologies to control emissions. Other important components of a worker safety and health program are hazard communication and training about the danger of diesel exhaust exposure. Additional research is necessary to understand the risks among specific workers and how to control these risks to minimize exposure to diesel exhaust.

Outside NIOSH:
Link Found Between Prescription Drug Use Before and After Injury

Workers taking opioids or benzodiazepines (anxiety medications) prior to a work-related injury were more likely than other workers to continue taking the drugs after the injury, according to a NIOSH-funded study at the University of Washington in Seattle. In addition, these workers were also more likely to receive workers’ compensation, reports the study in the Journal of Occupational and Environmental Medicineexternal icon.

To better respond to the nationwide opioid epidemic, NIOSH supports research on work-related factors on the use of these drugs. In one of the first large studies of pre-and post-injury use of opioids and benzodiazepines, researchers wanted to understand whether taking either drug before a work-related injury affected later use. They also aimed to find if pre-injury use affected the likelihood of receiving workers’ compensation.

Researchers looked at 313,543 workers’ compensation claims, with dates of injury between January 2012 and December 2015, from the Washington State Department of Labor and Industries. Most of the claimants (67.1%) were male with an average age of 39 years. Researchers also reviewed records from the Washington State Prescription Monitoring Program for opioids and benzodiazepines.

They learned that in the 90 days before the injury occurred, opioids were more commonly used than benzodiazepines among the workers in the study. Workers who took either one of the drugs were more likely to receive workers’ compensation and to continue taking the drugs after a work-related injury. The use of either drug before injury was associated with a greater likelihood of use after injury, although the greatest risk occurred among workers with chronic use, as shown below.

Table 1. Opioid and Benzodiazepine Use Before and After Work-related Injury (rounded numbers)

The design of this study only shows a relationship, not cause and effect, between pre- and post-injury use of opioids and benzodiazepines. Nevertheless, the study’s findings indicate that the risk for long-term disability after a work-related injury may be greater among workers already taking opioids or benzodiazepines than among those who do not take them. More research is necessary to understand the extent of this relationship. 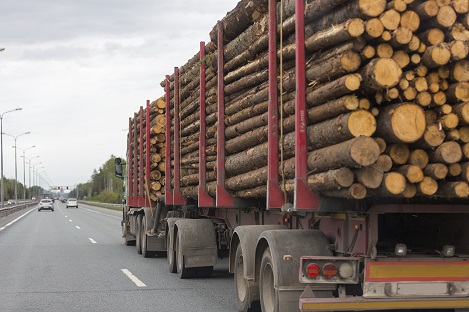 Long-haul truck drivers reported musculoskeletal injuries most frequently to the arms, followed by the back. Photo from Getty Images.

The combination of long hours of sitting punctuated by periods of loading and unloading heavy goods makes long-haul trucking one of the highest-risk occupations for musculoskeletal injuries. In fact, these injuries occur nearly four times more often among long-haul truck drivers than among other workers, according to the Bureau of Labor Statisticsexternal icon.

Despite the higher risk, little information is available about the types of injuries that affect long-haul truck drivers. Which injuries are the most common? How do they occur? To answer these questions, a NIOSH-funded study at the University of Alabama at Birmingham analyzed information from the 2010 NIOSH National Survey on Long-haul Truck Drivers. The study appeared in the journal Workplace Health & Safetyexternal icon.

The large-scale survey comprised 1,265 long-haul truck drivers in 32 truck stops in five regions nationwide: the South, Great Lakes, Central, West, and Northeast. Researchers required all survey participants to have worked as a driver on a large truck (three or more axles) for at least 12 months. Other criteria for the study included working as a long-haul truck driver as a primary occupation and taking at least one 10-hour rest period during each out-of-town delivery run.

Looking at cause, most of the musculoskeletal injuries reported (39%) stemmed from falls, followed by contact with an object or equipment (34%). Overall, more than half of the injuries reported within the 12 months before the survey led to time away from work, with 21 days the average number of days. The findings from this large-scale survey underscore the importance of developing ways to prevent musculoskeletal injuries among long-haul truck drivers.