A new test method using a special chamber, left, and a robotic arm, right, could help PPE manufacturers test new products for leakages at the glove-gown interface. Photos by NIOSH.

During recent disease outbreaks, most notably the 2014 Ebola epidemic, the importance of effective personal protective equipment (PPE) was emphasized once again. When designed and used properly, PPE can protect healthcare workers from potentially deadly infectious diseases and viruses, such as hepatitis B, hepatitis C, Ebola, and HIV.

In addition to proper use of PPE, especially while putting it on and taking it off, PPE must fit together seamlessly to protect the wearer. The problem is that the many parts of an ensemble—face and shoe coverings, gown, and gloves—are typically manufactured separately, often by different companies. A particularly vulnerable area is where the glove and gown meet: the glove-gown interface. This interface is considered one of the weakest areas because gaps can occur, allowing infectious fluids to seep through to the skin. Despite this concern, the glove-gown interface has received little research attention, so minimal guidance is available on how to prevent gaps. Furthermore, no standardized test currently exists to evaluate leakages in new products.

Recently, NIOSH investigators developed a chamber, pictured above, outfitted with four nozzles to simulate exposures in healthcare activities and test for leakages, according to research published in the Journal of the American College of Surgeonsexternal icon. Within this chamber, they placed a novel robotic arm, developed by the Johns Hopkins University Applied Physics Laboratory. The robotic arm’s realistic shoulder and elbow joints move much like a human arm, enabling the investigators to simulate common movements that healthcare providers perform when treating a patient.

The investigators dressed the arm in different gowns and gloves made from various materials, and then tested each under a range of conditions, including spraying and soaking in a container of fluid, for varying lengths of time. The surface tension of the fluid plays an important role in leakage. To simulate body fluids, researchers used water mixed with a substance that decreases the surface tension between two compounds. After each test, they measured the fluid that leaked through the gowns and glove cuffs by weighing the gown cuffs and inner sleeves.

Compared to spraying, soaking resulted in considerably more leakage. Specifically, the average amount of fluid leakage during spraying was 6.08 grams, compared to soaking’s 30.44 grams. Other conditions linked to greater leakage were longer spraying or soaking durations, rigorous arm movement, and pressure applied to the wrist area.

According to the investigators, this method could help PPE manufacturers test the performance of new products for leakages at the glove-gown interface, and help in developing testing standards and guidelines. An important next step is to design customized tests with PPE for specific activities, such as surgical, patient isolation, and decontamination. 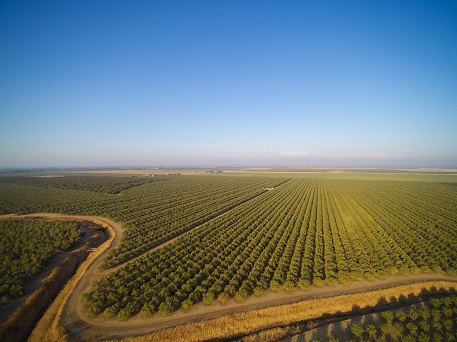 NIOSH supports research on how to prevent heat-related illness among workers in hot environments. iStock/Getty Images Plus

Recently, NIOSH-funded researchers at the University of California, Davis estimated the physical activity involved in common, strenuous farm tasks that could contribute to heat-related illness among these workers. They used devices called accelerometers, which are clipped onto a hip belt, to measure step counts per minute (cpm) during tasks over the course of a work shift. They then estimated the time spent in light, moderate, or vigorous activity. Study participants included 575 California workers on 28 farms in the Central and Imperial Valleys during the summers of 2014 and 2015. The farm workers’ average age was 38.6, and most were male and of Latino descent.

The overall average for farm workers was 345 cpm, defined as light activity, according to the study published in the Journal of Occupational and Environmental Hygieneexternal icon. Produce carriers had the highest average level of physical activity, with 700 cpm, and ground pruners, who remove or trim plants, had the lowest number at 150 cpm.

Researchers also found a strong link between higher temperature and physical activity. For example, when the average temperature increased by 10°C (18°F), the average cpm decreased by 135. Other factors associated with decreased physical activity included increased age and tasks such as ground pruning, sorting or separating, and harvesting crops. In contrast, irrigation work and performing more than one task at the same time were associated with more physical activity, along with pay based on work completed, rather than time. These factors could increase the risk for heat-related illness.

Although lower than anticipated, the results could underestimate activity since the farm workers wore accelerometers on their hips, and step counts per minute could have missed movement during upper-body-intensive tasks, such as packing, sorting, and carrying. Nevertheless, this study could help inform efforts to prevent heat-related illness among California farm workers.

The climate of outdoor worksites, such as farms, can differ from that of surrounding areas due to the sun’s energy, or solar radiation, wind speed, soil temperature, and other conditions. However, most recent studies on heat conditions affecting U.S. farm workers focus on regional weather reports. Can these reports accurately predict temperatures at specific farms? According to a NIOSH-funded study at Emory University published in the Journal of Occupational and Environmental Medicineexternal icon, they can.

In the United States, farm workers die from heat-related illness at an annual rate 20 times that of other workers. However, few studies have measured heat conditions at their actual work settings, and research is limited on how accurately regional weather reports reflect worksite temperatures.

Partnering with the Farmworker Association of Florida, these researchers explored the relationship between regional weather, or the macroclimate, and local farm weather, or the microclimate. Study participants included 105 farm workers from two Florida farming communities in Apopka and Immokalee. They were employed an average of 10 years, and their average age was 38.

For up to three days, study participants wore a small device, called an iButton, which attaches to clothing and monitors temperature and humidity in the wearer’s personal space. Researchers also collected local weather information from the Florida Automated Weather Network’s monitoring stations for the combined days of iButton wearing, for a total of 284 days during the summers of 2015 and 2016.

Researchers estimated farm temperatures based on the regional weather station data and compared these findings to the iButton readings. Study results showed that readings from the weather monitoring stations matched the conditions that research participants experienced, particularly when temperatures rose. For example, when the regional temperature was between 33.0°C and 40.0°C (91.4°F and 104°F), defined by the National Weather Service as heat illness risk levels of ‘‘extreme caution’’ and “danger,” the worksite often had similar numbers.

These findings are especially important for farm workers, who may not have devices available to measure worksite temperatures directly. Because weather-monitoring stations are widely available, researchers recommend that farming communities rely on the monitoring stations’ information as broadcasted on television and radio, as well as available on smartphones, to protect workers from heat-related illness. Additionally, NIOSH and the Occupational Safety and Health Administration have developed a Heat Safety Tool App that recommends prevention strategies based on local weather conditions.