Inside NIOSH:
Caring for Children at Home Affects “Healthy Worker Effect”— but only for Women 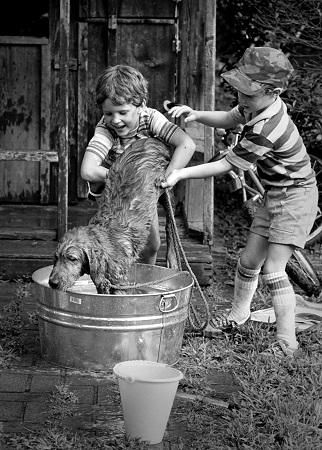 A common understanding in occupational safety and health is that healthier people tend to join and stay in the workforce more often than those who are not as healthy. This so-called healthy worker effect means that the proportion of workers with a particular illness may appear lower than that of the general population, even if the workers are truly at greater risk for the illness due to their occupational exposures.

Healthy worker effects might be weakened when healthy people opt out of the workforce—staying home to care for young children, for instance. To compare healthy worker effects among women and men, with and without children, NIOSH investigators looked at the self-reported health status of a large sample of employed and unemployed adults of childbearing age.

The study found that 24% of women and 10% of men aged 22–44 were not in the workforce, with those who reported “excellent” health more likely to be in the workforce than those reporting “poor” health. Women were more likely to opt out of the workforce if they had children under age 18 at home, while men with children were more likely to participate. As the number of children increased, the odds of non-participation in the workforce disproportionately increased among healthy women, reducing the strength of healthy worker effects. No such change was observed among men, according to the paperexternal icon published in the Annals of Epidemiology. According to the investigators, these findings underscore the importance of designing studies that account for variations in healthy worker effects.

Study participants included 120,928 women and men participating in the Gallup-Healthways Well-Being Index between 2013 and 2015. At the time of the study, participants were between the ages of 22 and 44 years. The survey included various questions about health and work: 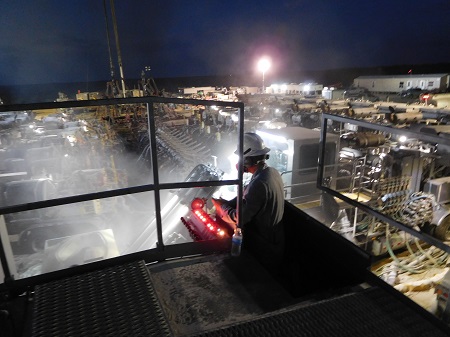 An improved, NIOSH-developed tool, or engineering control, can help reduce the amount of dangerous, airborne crystalline silica dust generated during sand moving for oil and gas extraction, according to researchpdf icon published in the Journal of Occupational and Environmental Hygiene.

During hydraulic fracturing for oil and gas extraction, workers use equipment that pumps millions of pounds of water and sand into rock formations deep underground. The purpose of this pressurized mixture is to create and maintain cracks in the rock to extract the oil and gas trapped within. The problem is that the sand usually contains crystalline silica dust, which, when inhaled, can cause severe illness, including lung cancer and the deadly lung disease silicosis. During certain tasks, such as moving and mixing sand at hydraulic-fracturing sites, airborne crystalline silica dust poses a serious risk to workers’ health.

NIOSH investigators who study and develop these engineering controls showed in previous research that a NIOSH-developed control effectively reduced levels of airborne crystalline silica dust released from inspection hatches on top of sand movers. Known as the NIOSH mini baghouse, it comprises four large bags made of filter material and a baseplate that clamps to the openings on top of sand movers. It is unique in that it has no moving parts, requires no power source, and can retrofit to existing sand movers.

Compared to earlier versions, this third-generation mini baghouse performed significantly better due to improvements, such as a larger surface area of a “slipperier” filter fabric. Now, the investigators are studying additional design improvements, including a cover to offer protection from the weather. They also are planning future trials looking at long-term use of the mini baghouse. 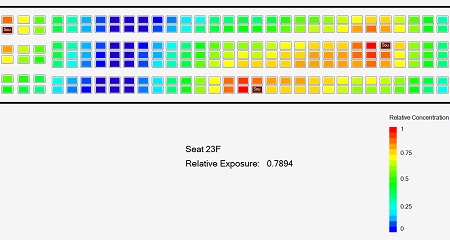 With the holiday travel season behind us, aircraft workers may have an unpleasant, lingering reminder in the form of a cold or the flu. As these workers, and other frequent fliers, may have long suspected, the cabin’s air sometimes contains germs.

At NIOSH, research engineers study the health effects of air on worksites, including how far germs can scatter in the confined space of an aircraft cabin traveling at typical cruising altitude. A critical part of maintaining a safe work environment during flight is regulating the airflow. Of course, studying airflow in a moving aircraft presents obvious difficulties, so NIOSH engineers use realistic mock-ups of aircraft cabins, rather than boarding a flight, to conduct experiments that simulate various conditions. They then use the results build a model to predict how substances, such as airborne contaminants, travel through the air and interact with surfaces.

In a study with university partners, NIOSH engineers developed a tool using this technique to study the airborne transmission of simulated contagious substances from an imaginary passenger source. Using an 11-row mock-up of a twin-aisle passenger jet with seven seats per row, they collected information from releases of tracer gas, inert particles, and live bacteria. The model built from this information data was remarkably similar to a case study stemming from a flight affected by a respiratory illness. In that instance, flight attendants and passengers flying from Hong Kong to Beijing on March 15, 2003, contracted severe acute respiratory syndrome (SARS).

Next, the engineers created the tool, or interactive “exposure map.”  This computerized diagram of an aircraft cabin’s seating area calculates the relationships between contaminants, surfaces, workers, and passengers, with a click of the computer mouse on various map locations. Study results indicated that exposure to contagious substances via small, airborne droplets occurred across several rows, according to the paperexternal icon published in the journal HVAC&R Research. Now, it is important to improve the tool’s accuracy by incorporating additional information from different types of aircraft and passenger cabins, sources, including live virus, as well as from diverse computer-generated calculations.

NIOSH engineers continue research to measure the risk of exposure to infectious diseases while working on aircraft. For example, they are studying how airborne viruses disperse in single- and twin-aisle cabins and have submitted a paper on this project to the American Society of Heating, Refrigeration and Air-conditioning Engineers 2018 Annual Conference. 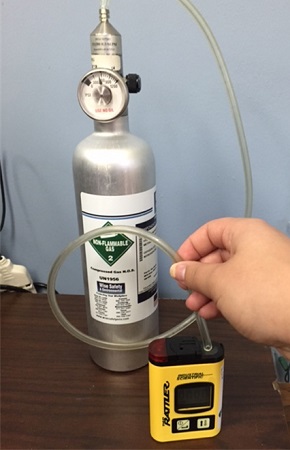 It is critical to routinely inspect and test low-cost gas monitors, like the one above, before using them during high-risk farm tasks. Photo courtesy of the University of Iowa.

Agriculture is one of the most dangerous occupations, both nationally and worldwide. Among its risks to workers are transportation incidents and exposures to pesticides and other dangerous chemicals.

An especially dangerous chemical is hydrogen-sulfide gas, which forms during the handling and processing of livestock manure. After several workers recently died while handling manure, interest is growing in easy-to-use, inexpensive gas monitors to warn workers when manure handling generates dangerous levels of hydrogen-sulfide gases. Many monitors are commercially available, but little information is available to help farmworkers select the right one or maintain it during long periods of use.

To address this issue, researchers in a NIOSH-funded studyexternal icon at the University of Iowa, in Iowa City, recently compared four commercially available monitors and published their findings in the Journal of Agricultural Safety and Health. The laboratory study simulated a year of use in a pig barn by exposing the monitors for 18 weeks to levels of hydrogen-sulfide gas comparable to those found in livestock operations.

These findings underscore the importance of inspecting and testing low-cost gas monitors before using them during high-risk tasks, including manure agitation, pumping, and pressure washing, according to the researchers. In addition, they advised the routine testing of all gas monitors, even in the absence of manufacturer’s recommendations, to ensure that they continue to work properly.