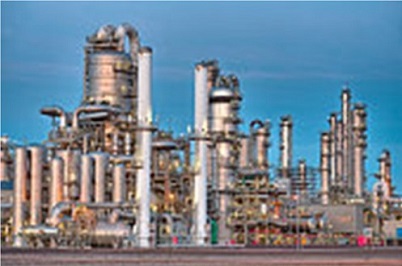 Factory workers participating in a NIOSH study had urinary BPA levels that far exceeded those found in the public. Photo from Thinkstock.

For years, manufacturers have used the industrial chemical BPA, or bisphenol A, to make polycarbonate plastic, epoxy resins, and other specialty materials. Although BPA’s effects on people remain unclear, health concerns about the chemical have arisen because it weakly mimics the hormone estrogen.

Previous studies have shown that nearly all people have BPA in their urine, likely from their diet. For workers who handle the chemical, the level of exposure may be even higher. The United States currently has no occupational exposure limits for BPA. After a study in China reported reproductive health effects in factory workers who handled BPA, investigators at NIOSH began studying BPA exposure among U.S. manufacturing workers.

Now, a NIOSH study published in the Annals of Work Exposures and Health and the Journal of Occupational and Environmental Hygiene is the first to report urine, air, and skin exposure levels to BPA among these workers. The study found urinary BPA levels comparable to the Chinese workers. These levels were 70 times higher, on average, in study participants than in U.S. adults surveyed by CDC. In addition, nearly all air and hand wipe samples tested had detectable levels of BPA.

BPA levels also varied by job. In an unexpected finding, the highest exposed job was working with molten BPA-filled wax. Although, these workers did not handle raw BPA, the chemical may have vaporized from the heated wax, the investigators said. The lowest exposed job involved making a product in which only trace amounts of BPA remain in the finished material.

Six companies using large quantities of BPA and 78 manufacturing workers participated in the study. The companies included BPA producers and other manufacturers of BPA-containing materials, including resin and wax. The investigators collected urine, air, and hand wipe samples from workers over two consecutive days in 2013–2014. The investigators found that BPA levels in eating and office areas were lower than in production areas.

Investigators found that BPA levels in the studied workers could not be explained by diet alone and likely occurred by inhaling BPA and touching surfaces and objects with chemical residues. These and similar findings from other studies show the importance of additional research into BPA exposure among U.S. workers. 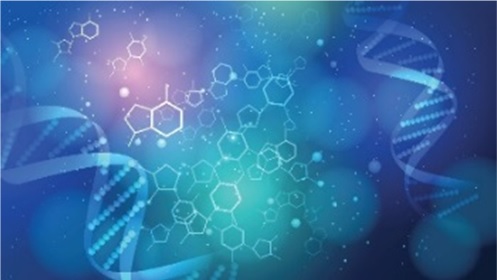 Healthcare workers who regularly handled anti-cancer drugs showed more signs of genetic damage, compared to study participants who did not handle the drugs. Photo from Thinkstock.

Healthcare workers who regularly handled anti-cancer drugs were significantly more likely to show signs of genetic damage than people who did not handle the drugs, reports a studyexternal icon in the journal Mutation Research/Reviews in Mutation Research. NIOSH contributed to the study with federal and private partners.

Genetic damage, including damage to the chromosomes, can increase the risk of cancer, according to previous research in Europe. Nearly 40 years ago, concerns arose about work-related exposure to anti-cancer, or antineoplastic, drugs when it became apparent that patients treated with the drugs sometimes developed additional cancers secondary to the one under treatment. Since that time, numerous studies have linked genetic abnormalities with work-related exposure to anti-cancer drugs among nurses, pharmacists, and other healthcare workers who frequently handle the drugs. The level of risk, however, varied between studies.

To understand the risk to healthcare works who handle anticancer drugs during a normal workday, investigators conducted an extensive review of published studies on the subject. Looking at chromosomal abnormalities as a biomarker for genetic damage, they found a significantly higher level of damage among healthcare workers who routinely handled anti-cancer drugs compared to study participants who did not handle the drugs.

The study comprised 17 studies published in 16 peer-reviewed articles. After searching the scientific literature for relevant research, the investigators selected the papers from an initial sample of 39 studies. Since the literature review focused solely on the level of risk, it cannot provide information about whether protective equipment could help reduce the risk. Due to the serious nature of potential genetic damage, however, the investigators emphasize the importance of protecting healthcare workers by limiting workplace exposure to anti-cancer drugs

Filtering Facepiece Respirators: To Reuse or Not to Reuse?

Improper donning and doffing combined with reuse resulted in more viruses transferred to the hands during scenarios simulating the use of filtering facepiece respirator. Photo from NIOSH/NPPTL.

The importance of covering a cough or a sneeze to prevent spreading germs to those around us, often using the crook of an elbow, is something that most of us learned before starting school. Healthcare providers typically wear personal protective equipment, such as the filtering facepiece respirator, to protect both themselves and their patients. However, whether or not this equipment can be reused and still provide the necessary protection is a complicated issue.

During an epidemic, personal protective equipment for healthcare providers can mean the difference between containing the disease and spreading it further. Chief among this kind of equipment is the NIOSH-approved N95 filtering facepiece respirator, which covers the mouth and nose to filter out viruses and other harmful substances. In normal circumstances, filtering facepiece respirators are disposable. In the event of a severe epidemic, however, respirator demand could outpace supply, potentially requiring healthcare providers to reuse them. One problem with reusing a respirator is the viruses and other harmful substances that it captures can be transferred to the user’s hands when putting the respirator on and taking it off, or donning and doffing.

To test the likelihood of contamination, NIOSH scientists measured virus levels on the hands after donning and doffing filtering facepiece respirators in different scenarios simulating contamination with a cough or sneeze. In the laboratory, they combined bacteriophage MS2—a virus that is harmless to people—with fluorescein dye to form airborne and evaporated droplets. They then observed 13 volunteers perform three scenarios: improper doffing, proper doffing and reuse, and improper doffing and reuse of filtering facepiece respirators using a head form. For each scenario, they measured the levels of virus on the hands of the volunteers aged between 18 and 60 years old. 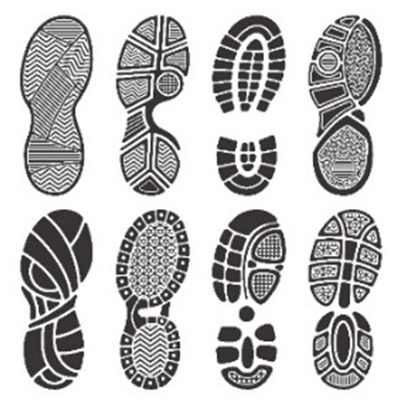 A computer model helped predict the impact of shoe tread on friction. Photo from Thinkstock.

If you have ever slipped at work due to worn-out shoes, you know how important good footwear can be. However, even the best shoes wear out, so it is important to replace them before they become a hazard in the workplace. But when, precisely, is that?

Slips, trips, and falls are a leading cause of work-related injuries. A fundamental part of preventing slips and falls is the shoes’ tread, which provides friction with the floor. However, not all treads are the same. While some contain tread patterns that generate strong traction with the floor surface, other designs are insufficient to grip the floor during walking, especially in the presence of water and other liquids, presenting a potential workplace hazard.

To address this problem, NIOSH-funded investigators at the University of Pittsburgh developed a computer model that measures and predicts the traction or friction of shoe treads, according to new researchexternal icon published in the Journal of Biomechanics. Looking at both easily visible and microscopic characteristics of the treads on various shoes, they calculated the contact regions and the friction forces generated in these contact regions to estimate the impact of shoe design on friction. Then they compared the computer model’s virtual results with real-life tests of eight different shoes and two different floorings. The comparisons showed that the computer model accurately predicted 73% of the friction between the different shoes’ treads. Estimating the contact regions and friction forces is also critical to developing models that estimate the shoe’s durability, another critical factor in assessing footwear.

Additional research of a wider range of shoe and flooring materials and extending the research to include the impacts of wear will help improve the computer model. While research is still ongoing, the findings from this study highlight the usefulness of this type of computer model in designing slip-resistant shoes to decrease work-related slips and falls. The computer model is now undergoing evaluation as a potential industry standard for designing shoes to prevent work-related slips and falls.