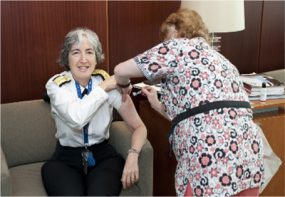 A new influenza (flu) season is here, and many workers may already have received their annual flu vaccine, which is the best way to prevent the illness, according to the Centers for Disease Control and Prevention (CDC). Yet, vaccination coverage still lags among some workers, according to a studyexternal icon published in the American Journal of Infection Control.

Each year, flu-like illnesses cause sickness, missed workdays, and related costs in the U.S. workforce. To prevent these illnesses among workers, as well as the larger community, it is important to understand which worker groups have low vaccination coverage. Accordingly, investigators from NIOSH and the National Center for Immunization and Respiratory Diseases looked at vaccination coverage information for 21 states in the 2013 Behavioral Risk Factor Surveillance System. The public health community uses this information to target efforts aimed at preventing illness and injury.

The investigators compared flu vaccination coverage by industry, occupation, and state, and examined coverage among workers deemed high-priority for vaccination during a large-scale flu outbreak, or pandemic. These workers include healthcare providers and others critical to public-health missions such as frontline responders, emergency medical-service providers, law enforcement, and fire-services workers.

Investigators found vaccination coverage varied significantly by industry, occupation, and state. Among the 20 broad industries included in the study, the lowest rates were among workers employed in the construction industry, at less than 19%, while the highest rates were among workers employed in management of companies and enterprises and healthcare and social assistance, at approximately 53%.

The study’s findings highlight some of the industries, occupations, and geographic areas in need of improved flu vaccination coverage. Further research to pinpoint specific industries and occupations to target vaccine interventions could help limit the spread of illness during future flu pandemics, according to the investigators. 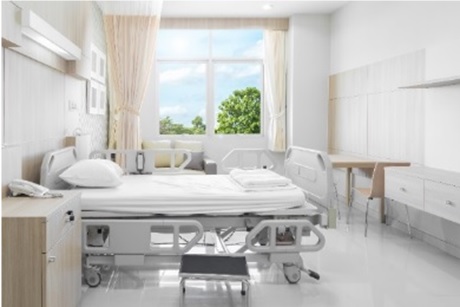 Hospital workers who used a disinfectant reported more incidents of work-related wheeze and watery eyes than those who did not use the product. Photo from Thinkstock.

Hospital workers who used a disinfectant reported more health symptoms than workers who did not use the product, reports a NIOSH studyexternal icon published in the American Journal of Infection Control. The study was performed through the NIOSH Health Hazard Evaluation Program after workers expressed concerns about the disinfectant. This free NIOSH program is available to help employers and workers recognize and control work-related hazards.

Hospital-acquired infections are a growing problem in U.S. hospitals. As the number of antibiotic-resistant infections rises, prevention is imperative and requires disinfecting patient-care areas and medical equipment. At the same time, exposure to chemicals in cleaning products, through the skin or by breathing in vapors, can worsen asthma and other respiratory symptoms among workers. Subsequently, infection prevention in a hospital requires a balance between protecting the safety and health of patients and hospital workers.

For this study, researchers focused on a disinfectant containing the chemicals hydrogen peroxide, peracetic acid, and acetic acid. Through in-person interviews, they asked 163 hospital employees about their work, use of the disinfectant, and health. For comparison, they included hospital workers who used the disinfectant and those who did not, but who worked in areas where others used it. They considered work-related symptoms, such as wheezing and watery eyes, as well as those that improved when the workers were away from the hospital. In addition, they tested 49 air samples in different locations of the hospital for the three chemicals found in the cleaning product.

A study limitation is that the air samples tested only for three chemicals, so it is possible that other chemicals could have caused some of the reported symptoms. Another limitation is the use of self-reported symptoms, which could be subject to recall or reporting bias. Still, the findings underscore the importance of following cleaning procedures that protect workers’ as well as patients’ health, the researchers said. To do that, they made several recommendations: 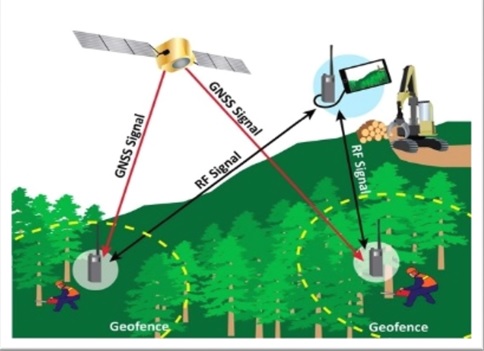 The same kinds of collision-avoidance technologies used by self-driving cars could help logging and other workers monitor their surroundings through a mobile virtual fence, or geofence, according to NIOSH-funded researchexternal icon at the University of Idaho. While the technology is not currently precise enough to define the borders of safe work areas on its own, there is potential for future applications the researchers reported in the journal Sensors.

Logging is one of the most dangerous occupations, with the highest rate of work-related death in the United States in 2015, according to the U.S. Bureau of Labor Statistics. Work-related hazards include heavy equipment, falling trees, and potentially rough terrain and weather.

To protect workers from these hazards, researchers are studying the use of location-based services like geofences. This technology uses global navigation satellite system and radio frequency transmissions to relay information about the positions of workers and logging equipment from small transmitters, or personal location devices, which then send an alert to the workers wearing them. Since most geofences are stationary, the researchers wanted to test whether mobile geofences could be used to maintain safe work areas on logging sites by sending alerts of approaching hazards. One of the challenges to using geofences in this environment is the tree canopy, which could block signals from the satellite.

The fieldwork for the study took place in a section of the University of Idaho Experimental Forest. Using various calculations such as walking pace, alert timing, and alert intervals, researchers tested the ability of a geofence to define the safe work area around heavy equipment by sending alerts to other workers who may be too close. For the second part of the study, the researchers used the field information to create a computer simulation of mobile geofences and then calculated the number of incorrect alerts.

Field test results showed that the accuracy of alerts varied significantly depending upon the angle that a potential hazard approached the geofence. Most of the inaccurate alerts occurred too early, before the object reached a certain location, rather than too late. The simulation test confirmed these results. Overall, the study results indicate that geofences may help to increase general situational awareness of a worksite in logging and other occupations, according to the researchers. At the same time, the relatively high number of inaccurate alerts shows that geofence alerts, using current global navigation satellite systems (GNSS), are not precise enough to define safe work areas, unless combined with other methods that can accurately correct for the incorrect alerts. Additionally, the authors note that new personal location devices are becoming more accurate over time because newer devices can integrate satellite data from multiple systems, including U.S., Russian, European, and Chinese. These satellite systems will have increasing position accuracy in forest environments as more satellites become available over the next 2–3 years.

An inexpensive, single laboratory test accurately and quickly identified chemicals toxic to three types of reproductive cells, according to a NIOSH-funded studyexternal icon conducted at the University of Georgia and published in the journal Toxicological Sciences.

In today’s workplace, workers may encounter increasing numbers of chemicals. With new chemicals come new safety regulations based on tests for chemical toxicity. Since existing tests are costly, time-consuming, and sometimes inaccurate, the demand is growing for new tests that are faster, cheaper, and more precise.

In previous researchexternal icon, the group at the University of Georgia developed a cost-effective laboratory technique that uses testicular cells to identify which chemicals harm the male reproductive system. Looking specifically at BPA, or bisphenol A, and three related chemicals, they were able to identify which chemicals caused more damage to the cells tested. In this follow-up study, the scientists expanded their testing to include 32 chemicals selected by searching the scientific literature and other public sources. To test the reproductive toxicity of these chemicals, the scientists focused on three types of testicular cells—spermatogonial, Sertoli, and Leydig. All three types of cells are critical to sperm development and production, and damage to any of them can cause reproductive dysfunction.

In a unique aspect of this study, the scientists combined the three types of cells into one culture, known as a coculture, which required only one laboratory test, rather than three, for each chemical. After culturing the cells overnight, they tested them for structural and other changes. They then compared these findings with test results from individual cultures for each of the three cell types. They found that the coculture accurately classified the 32 chemicals tested into four separate groups based on their level of toxicity. Based on these results, the scientists concluded that the coculture model could be a useful screening tool to identify potentially toxic chemicals that require additional testing.