Inside NIOSH:
Study Characterizes Injuries and Exposures among EMS Workers 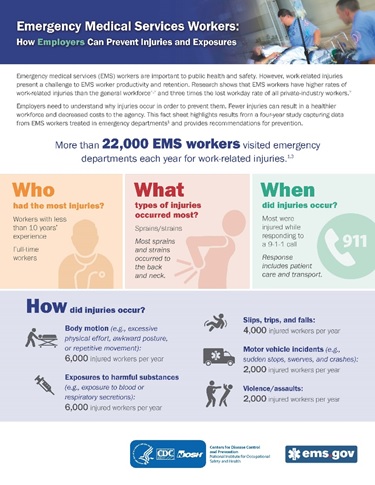 Emergency medical services (EMS) workers, such as emergency medical technicians and paramedics, are essential to the prehospital medical care system. They respond to medical emergencies and disaster incidents and provide non-emergency medical transport. They perform much of their work in uncontrolled environments, and the work can be physically strenuous.

Previous studies indicated that the rate of injury within this occupation is higher than in many others. To describe these injuries in more detail, NIOSH and the Office of Emergency Medical Services within the National Highway Traffic Safety Administration collaborated to survey EMS workers treated for occupational injuries, including exposures to harmful substances, in emergency departments. The investigators identified workers from cases captured in the occupational supplement to the National Electronic Injury Surveillance System (NEISS-Work) from July 2010 to June 2014, according to the studyexternal icon published in the journal Prehospital Emergency Care.

After 572 EMS workers completed the telephone survey, investigators weighted the results to estimate that about 89,000 EMS workers were treated in emergency departments over the 4-year period. Three-quarters of the injured workers were full-time, career employees and had a rate of 8.6 injuries per 100 full-time workers, which is more than 4 times higher than the rate of injuries among all workers treated in emergency departments.

More than one-quarter (28%) of injuries to EMS workers involved body motion such as excessive physical effort, awkward body postures, and repetitive movement. Most respondents reported they were transferring, carrying, or lifting a patient at the time of injury, and half voluntarily indicated the patient was heavy, overweight, or obese. The second most frequent injury event (27%) was exposure to harmful substances, most often blood and respiratory secretions. Workers were most commonly exposed via needle-sticks and spitting. Other common injury events reported by respondents were slips, trips, and falls (16%); motor vehicle incidents (8%); and violent incidents (7%).

The next step is to disseminate these study results to employers who can promote positive health and safety changes to prevent occupational injuries and exposures, the investigators said. Download a new fact sheetpdf icon for more information about findings from this study and recommendations for EMS employers to prevent injuries.

Taxi and limo drivers face a greater risk of violent death at work compared to other workers, and the risk is even higher among certain groups of drivers, according to new NIOSH researchexternal icon published in the Journal of Occupational and Environmental Medicine.

In 2000, the Occupational Safety and Health Administration released recommendations for safe workplaces free of violence. Previous studies showed that these recommendations helped decrease the risk of violence in the retail industry, which has many of the same work-related risks as the taxi and limo industry. These risks include working with cash, working with the public, working alone, and driving during night and early morning hours. The taxi and limo industry, however, remains disproportionately dangerous. In 2014, 31 taxi and limousine drivers, or 10 per 100,000 workers, were killed due to violence while at work compared with < 1 per 100,000 workers overall, according to the U.S. Bureau of Labor Statistics. Although motor-vehicle crashes are still the leading cause of work-related death for most transportation industries, 50% more workers died from workplace violence than from motor vehicle crashes in the taxi and limo industry in 2014.

To clarify the risk, NIOSH investigators analyzed information on violent deaths among taxi and limo drivers from 2003 through 2013, using the Bureau for Labor Statistics Census of Fatal Occupational Injuries. They found that 366 taxi drivers died a violent, work-related death, primarily homicide, for the 11-year period used for this study. This translates to a rate of 18 per 100,000 taxi and limo drivers. The risk was even greater among men, who were more than 6 times as likely to die a violent death at work than were women, and double among blacks and Hispanics compared to whites. Previous NIOSH research examining socio-demographic differences among work-related homicides across all industries found men and blacks had among the highest homicide rates after adjusting for other socio-demographic characteristics, including industry and occupation. It is important that city ordinances and company policies affecting worker safety are equally accessible and used by all drivers.

Beyond these disparities, the South had the highest rate of violent death, followed by the Midwest. These regional differences likely stem from the use of safety measures that generally come under the purview of city regulations in this industry. Two of the widely adopted safety measures are physical partitions between the driver and passenger and security cameras. In the Northeast and Midwest, partitions primarily were mandated by the city. In contrast, camera requirements primarily varied from city mandates in the West to company policy in the South. To decrease the risk of violence, it is critical that all taxi and limo drivers work in environments that not only promote but that use these and other proven safety measures, the investigators said. In addition to partitions and cameras, other important safety measures include silent alarms, vehicle-tracking devices, and improved lighting inside vehicles. Moreover, crucial safety training includes de-escalation of violence and practices such as limiting the amount of cash in the taxicabs and maintaining communication with dispatchers to prevent robberies. Finally, periodic safety inspections are important to ensure that safety measures are in place and working properly. 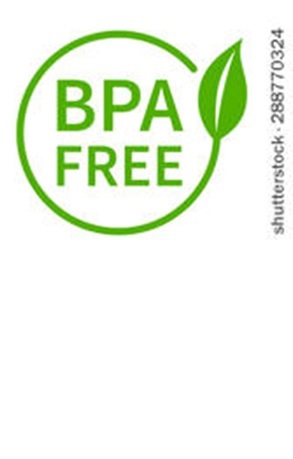 The mini-testis model is a cost-effective, efficient screening test that will help NIOSH and other organizations provide recommendations on how to reduce workplace exposure to chemicals to prevent reproductive risks to workers.

You may have heard about BPA, or bisphenol A, and concerns from consumers about exposure to BPA from plastic containers they purchase or have at home. While many products are now labeled “BPA-Free,” workers who make these plastic containers may still face risks from the chemicals used in place of BPA.

In the workplace, exposure to BPA and other chemicals occurs through inhalation, skin absorption, and eating and drinking. After studies tied BPA to reproductive and other disorders, about 10 years ago some manufacturers began using chemical substitutes for products that previously contained BPA. What remains unclear, however, is whether the chemical substitutes pose less of a risk to the reproductive system to exposed workers. The problem with existing tests is that they rely on expensive animal models.

Now, a NIOSH-funded studyexternal icon at the University of Georgia has developed a cost-effective laboratory technique to identify which chemicals harm the male reproductive system. Unlike previous methods, the new mini-testis model does not use an animal model, but, rather, testicular cells, according to the paper published in The Journal of Toxicological Sciences and presented last month at the 10th World Congress on Alternatives and Animal Use in the Life Sciences in Seattle, Washington. Using this model, researchers were able to quickly perform multiple tests of the chemicals’ effects on the cells’ genetic material. Comparing BPA and three other chemicals—BPS, or bisphenol S, BPAF, or bisphenol AF, and TBBPA, or tetrabromobisphenol A—they found that BPAF and TBBPA actually caused more damage to cellular genetic material. By providing a cost-effective, efficient screening test for chemical toxicity, the mini-testis model will help inform NIOSH recommendations on how to limit risks to workers potentially exposed to these chemicals. 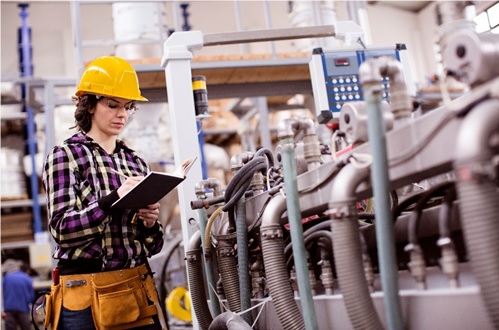 Researchers found no link between abnormal screening test results and the development of carpal tunnel syndrome. Photo from Thinkstock.

A screening test for early signs of carpal tunnel syndrome among new workers prior to job placement does not help prevent the disorder, according to a NIOSH-funded studyexternal icon at Washington University School of Medicine in St. Louis, Missouri. The study appeared in the Journal of Occupational and Environmental Medicine.

Carpal tunnel syndrome is a common, often disabling work-related disorder affecting the muscles and bones of the arms and hands. Risk factors include repetitive hand movements, forceful grip, and intensive hand use. In addition, older age and obesity may increase the risk among some workers.

Study participants included 1,777 workers hired for production jobs; 1,648 had post-offer pre-placement test results available. Most were male and, on average, nearly 35 years old. Seventeen percent of participants had abnormal screening test results. Follow-up was up to 6 years, with an average of nearly 3 years. Based on their findings, the researchers concluded that the screening test is ineffective and that employers should not use it to identify workers at risk for carpal tunnel syndrome. This study is part of a larger project looking at the causes, long-term outcome, and prevention of carpal tunnel syndrome.