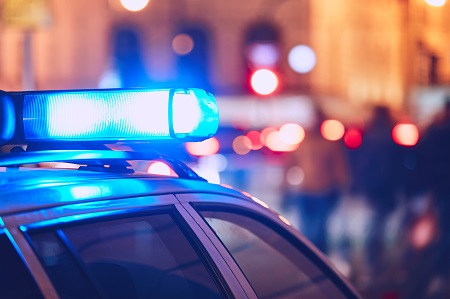 A NIOSH study found that nonfatal injuries from work-related assaults are rising among law enforcement officers. Photo from Thinkstock.

The rate of nonfatal injury from work-related assaults has increased among law enforcement officers, according to a NIOSH studyexternal icon in the American Journal of Preventive Medicine. The study is the first national investigation of nonfatal injuries from assaults and other unintentional injuries, including accidental falls and motor vehicle crashes.

Law enforcement is recognized as a particularly dangerous occupation. Until now, however, little information was available on trends in nonfatal work-related injuries among law enforcement officers. Accordingly, this study aimed to provide information about the causes and extent of these injuries.

Compared to other workers, law enforcement officers were injured on the job three times as often, the study found. From 2003 to 2014, approximately 669,100 law enforcement officers were treated in emergency departments nationwide for nonfatal injuries.  The leading cause of work-related injury in this group of workers was assault and other violent acts, which accounted for more than one third (35%) of injuries treated in emergency departments. Furthermore, from 2003 to 2011, assault-related injuries increased by almost 10%, although the rates for other injuries remained stable.

After assault and other violent acts, the second leading cause of injury was bodily reactions and exertion from running or other repetitive motions, which caused 15% of injuries, followed by transportation incidents at 14%. Younger officers aged 21-24 were more likely to be injured than older officers. The rates of nonfatal injury were similar among men and women. According to the investigators, the study’s findings underscore the importance of additional research aimed at understanding the causes and prevention of assault and other work-related injuries among law enforcement officers.

The investigators obtained information from the National Electronic Injury Surveillance System –Occupational Supplement (NEISS-Work) on nonfatal injuries treated in U.S. emergency departments from 2003–2014. They then calculated rates of nonfatal injury using numbers from the Current Population Survey. NEISS-Work is a collaboration between the Consumer Product Safety Commissionexternal icon and NIOSH that collects information on work-related injuries and illnesses treated in emergency departments. 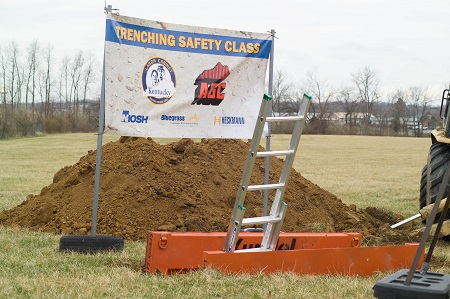 Non-native workers in the United States employed in small construction companies received less safety and health training than non-native workers in larger companies, according to researchexternal icon by NIOSH and the American Society of Safety Engineers (ASSE). The research recently appeared in the journal Safety Science.

Construction is an industry with one of the highest work-related death rates in the country. According to the Bureau of Labor Statisticspdf iconexternal icon, in 2015 almost one fifth of work-related deaths occurred among construction workers. Training is a critical part of workplace safety and health, both when beginning a new construction job and then continuing on an ongoing basis.

Many of the construction industry’s 10 million-plus employees work in small companies, defined here by NIOSH as those with fewer than 50 employees. Previous research by NIOSH and ASSE found that workers in small companies, as well as young workers (under the age of 25) and non-native workers, face an increased risk for work-related illness and injury when compared to other workers. What was not previously understood was how training practices compared between small and large companies, and between native and non-native workers. 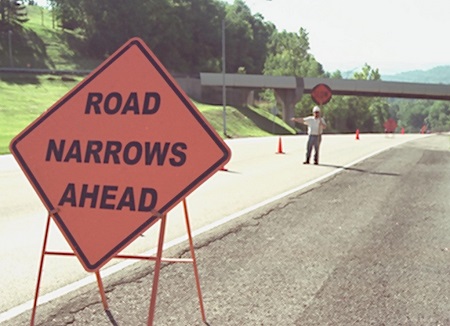 Fatigue-related crashes were more likely to occur when rest areas were 20 miles or more from the crash site. Photo from NIOSH.

In fact, research indicates that driver fatigue may contribute to a significant number of commercial truck crashes. Yet, little information is available about whether rest areas, including truck stops, can help decrease the number of fatigue-related crashes. Accordingly, a NIOSH-funded studyexternal icon at the University of Kentucky compared the number of fatigue-related crashes to those caused by other factors, such as distracted driving, in connection to the proximity of truck stops and other rest areas. Nationwide, Kentucky was among the bottom half of states in terms of the number of parking spaces for commercial trucks, according to the Federal Highway Administrationexternal icon in 2015.

Compared to crashes related to other human causes, fatigue-related crashes were more likely to occur when rest areas were 20 miles or more from the crash site.  Fatigue-related crashes also occurred on parkways more often than on interstates and were more likely to occur at night and on dry pavement, according to the study published in the Accident Analysis and Prevention.

The researchers obtained records on commercial vehicle driver crashes occurring from 2005 to 2014, using data from the Kentucky Collision Report Analysis for Safer Highways (CRASH) system, which is maintained by the Kentucky State Police. They then mapped these locations in relation to rest areas, weigh stations, and truck stops. For this part of the study, they used listings from the Kentucky Transportation Cabinet and the ArcGIS Business Analyst 2015, which is a computerized system of geographic information.

Already, the study’s findings have led to efforts to increase the number of parking spaces for trucks on Kentucky’s interstates and parkways, according to the investigators. In addition, the findings could help inform efforts by other states to improve truck stops and other rest areas.