No matter what our occupation is, we assume that we will come home at the end of each workday. As we say, “See you tonight!” or think about what to make for dinner, when to walk the dog, or what time the television show starts, the underlying assumption is that we will be safe at work. Indeed, work-related injury and death are preventable, but statistics indicate that they still occur far too often. In fact, approximately 12 U.S. workers on average die each day from a work-related injury, with 4,821 U.S. workers dying in 2014 from injuries sustained at work.

According to their report published in the peer-reviewed journal Workplace Health & Safetyexternal icon, the three southeastern states that had the highest rates of work-related deaths were Arkansas at 7.2 deaths per 100,000 workers, Louisiana at 6.8, and West Virginia at 6.6. In addition, more than 20% of workers in Arkansas, Louisiana, Mississippi, and West Virginia worked in the high-fatality rate industries of agriculture, construction, mining, and transportation. Transportation-related events were the most common cause of work-related injury deaths, both nationally and in the Southeast, followed by contact with objects and equipment, violence, falls, exposure to harmful substances or environments, and fires and explosions. These findings indicate that more research is necessary to understand the underlying causes of the high rates of work-related injury deaths observed in these southeastern states. According to the investigators, this kind of research will provide a way for diverse partners in the southeastern United States to address these critical occupational safety and health issues.

If you have ever tried to move furniture or struggled to lift heavy grocery bags out of the trunk of your car, you know that manual lifting puts lots of strain on your body. For workers who manually lift items as part of their job, and for their employers, knowing where the strain comes from can help prevent serious low back injury and its associated missed workdays and lost productivity. Recognizing the importance of lifting-related risk factors for low back injury, investigators at the National Institute for Occupational Safety and Health (NIOSH) developed the NIOSH Lifting Equation in 1981 and then expanded and released it as the Revised NIOSH Lifting Equation in 1993. The revised equation provides a proven formula for calculating a lifting index for designing safe lifting tasks to prevent work-related low back pain. However, its impact on research, industry practices, and regulations has remained unclear.

To measure this impact, NIOSH investigators systematically reviewed published studies on the revised equation. They found that the Revised NIOSH Lifting Equation is one of the most widely used tools for designing manual lifting tasks and that several local, state, and international organizations have adopted it as a standard for safe lifting. Specifically, they reviewed 88 studies focusing on the revised equation:

Although these results show that the revised equation has helped improve worker safety and health, more research is necessary. In particular, future studies should focus on how the lifting index and a variety of derived lifting index variables affect low back pain and other musculoskeletal disorders, according to the investigators. In addition, future studies may address incorporating additional lifting tasks and other variables such as lifting speed, degree of torso bending, gender, and age. 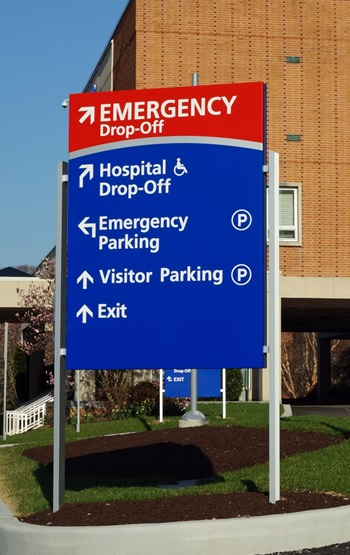 Visit any emergency department in the United States and you may find individuals who were injured or who became ill on the job. In 2013 alone, an estimated 2.7 million workers received treatment in emergency departments for nonfatal work-related injuries and illnesses. Although work-related deaths may receive more media attention, nonfatal injuries and illnesses take a toll on workers’ health and quality of life and often contribute to missed workdays and decreased productivity.

The BLS SOII—the only national employer-based surveillance system for nonfatal occupational injuries and illnesses—captures injuries and illnesses from the Occupational Safety and Health Administration (OSHA) logs from private industry employers and state and local government agencies. It is important to note, though, that certain types of workers, such as self-employed workers, are not covered under OSHA recordkeeping guidelines. The second source, NEISS-Work, captures nonfatal occupational injuries and illnesses treated in a sample of hospital emergency departments. Because NEISS-Work is not limited by industry type or recordkeeping guidelines, the system addresses some of the challenges created by an employer-based system by capturing cases identified by workers or their healthcare providers. Yet, NEISS-Work is not able to capture all work-related injuries and illnesses since workers may seek and receive treatment in medical venues other than an emergency department. Additionally, workers may not identify their injury or illness as work-related to emergency department staff, or emergency department staff may not document an injury or illness as work-related in the medical chart.

Studies and reports have raised concerns about underreporting of injury and illness to avoid safety inspections, to maintain low workers’ compensation costs, or due to misunderstandings about reporting guidelines. Based on these concerns, in 2009, Congress directed OSHA, BLS, and NIOSH to study the effectiveness of current nonfatal occupational injury and illness surveillance systems. In response to this congressionally funded directive, NIOSH assessed NEISS-Work for potential underreporting among workers. To do this, NIOSH researchers conducted follow-back telephone interviews with injured or ill workers identified in NEISS-Work to assess whether they reported their injury or illness to their employer, their reasons for reporting, and characteristics of their employment and workplace environment. In addition to assessing underreporting, Congress directed NIOSH to collect information on self-employed workers, a population not generally captured in other systems. This study resulted in three publications that recently appeared in the American Journal of Industrial Medicineexternal icon. Key findings from the congressionally funded study are highlighted below.

To assess how many English-speaking workers reported their injuries and illnesses to their employers, NIOSH researchers analyzed more than 2,000 worker follow-back interviews, which were completed in English. Findings revealed that nearly all of the participants either reported their work-related injury or illness to their employer or were self-employed. A majority of workers that were not self-employed indicated they received instructions from their employer regarding whom to tell if they were injured.

Because research suggests that Hispanic workers underreport injuries and illnesses to their employer, NIOSH conducted follow-back interviews separately for Spanish-speaking workers, most of whom identified as being of Hispanic ethnicity. As the largest group of minority workers in the country, Hispanic workers suffer a disproportionately higher share of occupational injuries and illnesses than other workers. The reasons for this disparity are complex but include the fact that Hispanic workers tend to be employed in low-paying jobs and in high-risk industries such as agriculture, construction, manufacturing, and transportation. Other contributing factors are level of language proficiency, residency status, and level of education.

NIOSH researchers found that most Hispanic workers treated for an injury or illness in an emergency department either reported their injury to their employer or were self-employed. Further, the majority of Hispanic workers reported receiving instructions from their employer regarding whom to tell if they were injured at work. Less than half reported being familiar with workers’ compensation, and even fewer expected workers’ compensation to pay for their medical bills. Instead, they expected, for the most part, that the employer would pay for their medical expenses.

What Did We Learn?