NIOSH Research Rounds is a monthly bulletin of selected research conducted by researchers at the National Institute for Occupational Safety and Health (NIOSH) and NIOSH-funded researchers at other institutions. 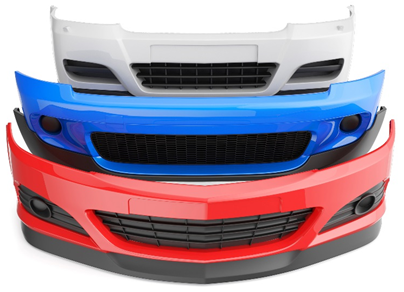 Reports have linked work-related styrene exposure to asthma and an irreversible lung disease known as obliterative bronchiolitis. Photo from Thinkstock

With more plastic-based products on the market than ever before, concern about the work-related risks of the chemicals used to make them is increasing. One of these chemicals is styrene, a compound used extensively in plastic and rubber for cars, food packaging, boats, and many other products.

Scientific studies have linked work-related styrene exposure to asthma and an irreversible lung disease known as obliterative bronchiolitis. This rare lung disease causes scar tissue and inflammation in the small airways, which eventually makes it difficult to breathe. NIOSH recommends a styrene exposure limit of 50 ppm, or parts per million, over an 8-hour workday to prevent adverse health effects.

To understand whether work-related exposure to styrene increases the risk of asthma and obliterative bronchiolitis, NIOSH investigators analyzed 55 published studies and 2 additional unpublished case reports, according to their paper published in the American Journal of Industrial Medicineexternal icon. They considered three types of studies, including those that reported individuals with lung disease, those that calculated death rates from lung diseases, and those that collected information from study participants at one point in time, known as cross-sectional studies. Overall, they found 10 cases of obliterative bronchiolitis and 8 cases of asthma, with each case having had substantial styrene exposure. Among the cross-sectional studies, 87% had evidence that styrene exposure was associated with lung disease, and half of the death-rate studies had evidence that styrene exposure was associated with death from lung disease. In addition, 75% of the asthma cases reviewed had abnormal results following inhalational challenges to styrene. These findings suggest a relationship between styrene exposure at work and developing asthma and obliterative bronchiolitis. Although they do not prove cause and effect, the findings underscore the need for further research into the risk of styrene exposure at work. 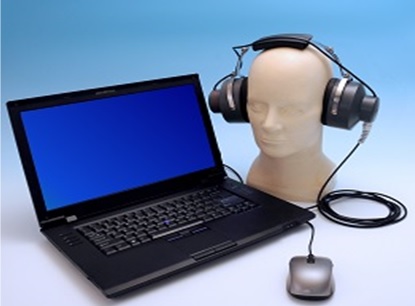 May is Better Hearing and Speech Month! It is also an opportunity to remember to choose earplugs that fit to protect your hearing at work. A good fit, however, depends upon more than just ear anatomy; it also depends upon the proper training in earplug use. Furthermore, the length and intensity of noise exposure also affects earplug selection. To help workers choose the best earplug fit for their workplaces, several hearing protector fit-test systems are available. These systems measure how well particular hearing protectors work for individuals.

Study results, as reported in the Journal of Occupational and Environmental Hygieneexternal icon, showed that two of the fit-test systems provided noise reduction levels that were comparable to the ANSI laboratory fit test and one system tended to underestimate the noise reduction measurements compared to the control. However, the results of the fit tests varied significantly between the four sites, with the greatest level of measured noise reduction and the smallest variation between tests noted at the Michael & Associates lab. In contrast, the fit tests at NIOSH found the lowest level of noise reduction and the largest variation between tests. These differences could stem from different levels of experience with earplug fitting among the testers and study participants. To address this issue, investigators noted that tailored training should occur before using a particular fit-test system. NIOSH plans to expand upon this research and, ultimately, develop guidelines for earplug fit testing.

During May—Better Hearing and Speech Month—think about earplug fit and check out other NIOSH resources such as the new NIOSH Sound Level Meter app. Workers can download the free app on their smartphones to measure noise levels in their own workplace and learn about noise-exposure limits and hearing-loss prevention. Knowledge of exposure levels and the noise reduction provided by properly fitting hearing protection devices can help to reduce the risk of noise-induced hearing loss. 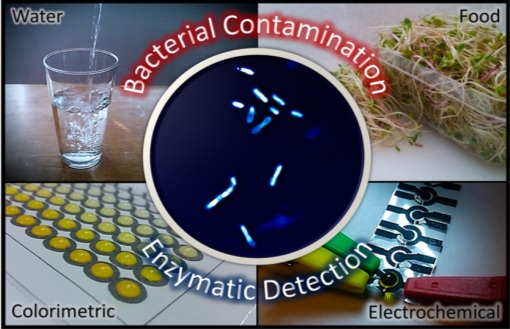 Scientists developed two simple, fast, and inexpensive methods to test for bacteria that cause food poisoning. Photo courtesy of Colorado State University and the University of Wyoming.

If you have ever experienced food poisoning, you know how serious it can be. In fact, food poisoning can even be deadly, causing thousands of deaths each year. In the United States, one of the leading causes of multistate outbreaks is bacterial contamination, often from water used to irrigate crops, especially lettuce and other leafy greens.

To prevent contaminated food from ever reaching grocery stores and restaurants, testing is critical. The problem with currently available tests is that the accurate ones are time-consuming, taking up to 2 days to complete, and the faster tests are often inaccurate. Now, a NIOSH-funded project at Colorado State University in Fort Collins, with collaborators from the University of Wyoming in Laramie, has developed two simple, fast, and inexpensive testing methods using electricity and chemistry, or electrochemistry, according to a recent paper in the journal Analytical Chemistryexternal icon. This research is part of a larger occupational safety and health project looking at methods to test workplace air for potentially hazardous substances.

For the first test, scientists treated sheets of paper with a chemical that changes color when it contacts substances produced by bacteria. For the second test, they created electrical conductors out of the mineral graphite, used to make pencils, and carbon ink on transparent sheets of plastic. When chemically treated and inserted into a special machine, the conductors generate an electrical signal when they contact bacterial byproducts. Using water infected with Escherichia coli and Enterococcus, the most common causes of bacterial contamination, the scientists found that both methods detected bacteria within 4 to 12 hours but could not identify the specific strains. These findings provide a foundation for developing new and better methods for detecting harmful bacteria in foods, according to the scientists.

When firefighters respond to a fire, their gear and other personal protective equipment protect them from exposure to dangerous chemicals. What protects them between calls, however, when they simply are sleeping or eating in the fire station? On the surface, the fire station seems like a safe environment, but it may contain hidden risks, according to a new NIOSH-funded studyexternal icon at Harvard with the Dana-Farber Cancer Institute, the Boston Fire Department, and Boston Firefighters Union Local 718.

The study started after the city’s deputy fire chief expressed concern that local firefighters were diagnosed with and dying from cancer at high rates. Of particular concern is diesel exhaust from fire trucks housed in truck bays attached to the fire station’s living quarters where firefighters eat and sleep during a shift. In some older fire stations, including some built in the 1800s still in use in Boston, these truck bays are next to the kitchen. In addition, firefighters returning from a call and parking the fire truck in the bay may let the truck idle briefly while attaching tubing to vent the truck’s exhaust outdoors. This routine task may occur frequently throughout a shift and involve being close to hazardous diesel exhaust each time.

Working with the Boston Fire Department, the scientists tested air samples in three older fire stations in Boston and compared them to air samples from a new station in nearby Arlington, Massachusetts. They also interviewed firefighters in the stations. Preliminary results identified fire trucks as a possible source of poor air quality in the stations. They also showed that installing washing machines and using them for gear could help reduce exposure to chemicals. When the study is completed, the investigators plan to use the findings to develop future research and, ultimately, interventions to protect firefighters.

In related research, last summer NIOSH and other federal and university partners released the results of a separate 5-year studypdf icon of 30,000 firefighters. The study found an increased risk of certain types of cancer among firefighters, compared to other people. This increased risk may stem from exposure to toxic substances released in a fire when plastic and other synthetic materials burn.