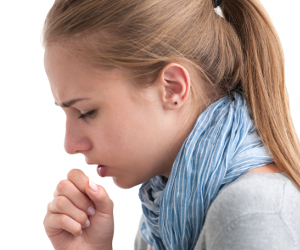 Data related to respiratory health may be available in the NIOSH Worker Health Charts (WHC). WHC is a web application that uses data from various sources to visualize worker health data that may be difficult to find or not charted elsewhere. Note that some industries may not be represented in this tool due to small sample size. In addition, extensive data resources documenting the burden of occupational respiratory disease can be accessed via NIOSH’s Occupational Respiratory Disease Surveillance web site.

Airways lung diseases, such as chronic obstructive pulmonary disease (COPD) and asthma, are serious respiratory illnesses that can be caused or worsened by exposures at work. Work-related tasks involving exposures to dusts, gases, and chemicals contribute to airways lung diseases and are produced in a variety of workplaces ranging from construction and mining to healthcare and the services industry.

A range of multidisciplinary research and service efforts are needed. For example, for work-related asthma, more needs to be learned about how work exposures to chemicals like isocyanates and to a range of irritants cause asthma. Improved methods are needed to measure exposures to asthmagens and to understand relationships between level of exposure and risk of asthma causation or of triggering asthma attacks (exacerbation). Improved methods are needed for detecting and preventing work-related airways diseases and for determining level of impairment that they cause. Finally, ongoing surveillance and epidemiology are needed to track the extent of the problem and progress in addressing it. In addition to work-related asthma, there is great need to address work-related COPD and emerging issues such as flavoring-related lung disease.

Work-related interstitial lung diseases caused by a variety of hazardous exposures continue to be important public health problems. For example, severe cases of coal workers’ pneumoconiosis continue to occur including the most severe form, progressive massive fibrosis. OSHA has estimated that about 2 million construction workers and 300,000 workers in general industry are exposed to respirable crystalline silica in their workplaces.1 Diseases such as coal workers’ pneumoconiosis, silicosis, and asbestosis often take decades to develop after first exposure. They frequently become clinically apparent later in life, even after retirement. Additional interstitial lung diseases are also important, such as chronic beryllium disease in beryllium processing, interstitial lung disease in indium tin oxide workers, and hypersensitivity pneumonitis in those exposed to metal working fluids. Idiopathic pulmonary fibrosis (IPF) in dental personnel is an example of a recently-emerged work-related interstitial lung disease2.

It should be noted that the spectrum of disease induced by hazards that cause interstitial lung diseases often includes other conditions such as COPD or lung cancer. Thus, the total burden associated with causative hazardous exposures exceeds that associated specifically with interstitial disease.

A range of multidisciplinary research and service efforts are needed. Although much of the pathophysiology of inorganic mineral dust disease is established, toxicology research is needed to document patterns of toxicity and underlying mechanisms of action for materials such as indium, potentially hazardous agents in metal working fluids, and various elongate mineral particles other than commercial asbestos. Research to improve exposure assessment, including direct-reading methods, is an important need for many hazards. Improving our understanding of exposure-response relationships is also important for some hazards. Finally, improving methods to detect and prevent work-related lung diseases, and disseminating best practices, are also important needs.

Work-related interstitial lung diseases can be prevented by controlling causative hazardous exposures. Thus, the potential impact of improved prevention is very great. A range of multidisciplinary work is ongoing to achieve improved prevention. For example, work is underway to improve continuous personal dust monitors used for real-time measurement of airborne respirable dust in coal mines by making the monitors smaller, lighter, and more portable. Other work is seeking to develop a real-time monitor for airborne respirable crystalline silica. Efforts are underway to evaluate and control silica exposures associated with natural gas extraction by hydraulic fracturing. In other work, NIOSH is providing health surveillance to coal miners through the Coal Workers’ Health Surveillance Program, which will allow continued tracking of progress in preventing lung disease in this at-risk population.

Work-related transmission of respiratory infectious diseases is an important occupational health issue. Anthrax, subacute respiratory syndrome (SARS), multi-drug resistant and extensively drug resistant tuberculosis (MDR-TB, XDR-TB), monkeypox, Middle Eastern Respiratory Syndrome (MERS), coccidioidomycosis, and influenza (avian, swine, pandemic) are all examples of issues that have emerged in recent times. Concerns about preventing transmission via aerosols can also be important for other diseases, such as during the recent West African Ebola outbreak. Hazards associated with infectious disease risks that are not well characterized can present a challenge for government policymakers, employers, and public health agencies attempting to assess risks and recommend the appropriate prevention strategies.

Public health agencies look to NIOSH for its expertise in protecting workers through appropriate control measures, such as administrative and engineering controls, and personal protective equipment. It is especially important to provide guidance and recommendations during an outbreak of an emerging infectious disease or an influenza pandemic.

Multidisciplinary research and service efforts are needed to address a range of needs related to the many infectious agents that can cause work-related respiratory infectious disease. For many agents, the relative contributions of different pathways of transmission remain to be fully documented. In particular, understanding of aerobiology and potential for aerosol transmission is often incomplete. Effectiveness of surface decontamination and the balance of risks and benefits when using certain potentially hazardous decontamination agents is another important area where investigation is needed. Disseminating and implementing known interventions such as hand washing and recommended vaccinations is also an important need. Surveillance is needed to document occupations and industries with excess risk that may be targets for intervention. There is frequently a pressing public health need to assess risks and generate protective recommendations for responders. Emergency response workers and skilled support workers involved in response, remediation, and recovery efforts are often engaged in non-routine activities in uncharacterized, potentially hazardous environments and may encounter novel or unique exposures.

Research and service efforts in this area will reduce the burden of infectious disease transmission and improve national health security. Improved knowledge will be used by government policymakers, public health agencies, and employers to guide worker protection efforts and to assist decision makers during responses where data on novel agents may be lacking. NIOSH will continue to work with other parts of CDC to identify emerging issues and issue guidance to protect workers at risk. NIOSH will also continue research in its areas of special expertise, such as aerosol science, engineering controls such as directional ventilation, filtration, and UV germicidal irradiation, and improving personal protective technologies and how they are used.

Respiratory malignancies can result from occupational exposures. Examples of lung carcinogens in workplaces include asbestos, chromium, beryllium, diesel exhaust, silica, and secondhand tobacco smoke. Laws in the U.S. regulating smoking vary by state and municipality/county; thus, there are workplaces where smoking occurs and nonsmoking workers are exposed to secondhand smoke. Smoking rates are high in many industries including mining, construction, and food & accommodation services.

A range of multidisciplinary research and service efforts are needed. Research needs vary across agents and include:

An important current need is evaluating the effectiveness of secondary prevention interventions such as screening exposed workers with low-dose chest computed tomography scans for early detection of lung cancer.

Work-related respiratory cancer is an important cause of morbidity and mortality and RHP is taking steps to help understand the causes and prevent harmful exposures. Seven peer review reports from the Diesel Exhaust in Miners Study (2011-2012) demonstrated a link between diesel engine exhaust exposure and lung cancer. The two health effects reports have been cited 71 and 87 times, and contributed to the International Agency for Research on Cancer’s decision to reclassify diesel engine exhaust as a known human lung carcinogen.

Surveillance plays a critical role in quantifying the burden of work-related respiratory disease and of workers at risk from hazardous exposures. It is needed to target interventions and to track progress over time. It is also needed to identify new, emerging occupational respiratory diseases. Recent examples of sentinel outbreaks of emerging work-related respiratory diseases that have been investigated by NIOSH include severe obstructive lung disease in workers exposed to artificial butter flavorings, alveolar proteinosis due to indium tin oxideexternal icon, and, more recently, idiopathic pulmonary fibrosis (IPF) in dental personnel.

Surveillance for work-related respiratory disease is challenging. Many diseases can have work-related and non-work-related causes. Thus, the possible contribution of work to causation may not be recognized in individuals with diseases like asthma, COPD, or lung cancer. Several of these diseases may not occur until many years after first exposure. If a disease like lung cancer occurs in an individual after leaving a job or during retirement, the possible link to their job may not be recognized. Epidemiologic methods exist to calculate the excess work-related burden of respiratory diseases, but population surveillance data are needed to make those calculations and better understand the contribution of work to such diseases. In order to detect emerging diseases, it is critical to have methods in place allowing identification and evaluation of sentinel disease outbreaks.

Ongoing surveillance is needed to identify problems and track progress in addressing them. RHP maintains a robust set of web-based surveillance resources for those interested in tracking the burden of work-related respiratory disease.1 RHP also actively works with the rest of NIOSH in efforts to improve use of information from modern healthcare information technology such as electronic health records for public health purposes, including surveillance for work-related respiratory disease.2

State-based surveillance is a critical part of the overall NIOSH program of occupational respiratory disease surveillance. State-based surveillance data on silicosis and work-related asthma have contributed to NIOSH epidemiological research, prevention activities, and science-based policy. In conjunction with our state partners, RHP has produced 70+ peer-reviewed journal articles and 300+ different pieces of educational materials.