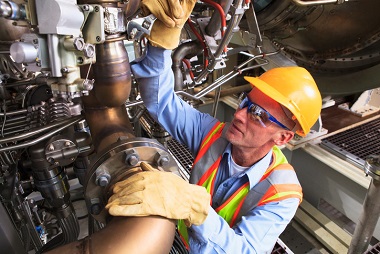 Costs of occupational illness in the United States have been estimated to be more than 14 billion dollars yearly.4 Occupational cancers and heart disease among workers are important components of the total burden of occupational disease. Estimates of the range of deaths in the United States due to occupationally-related cancer and heart disease are 12,000–26,000 deaths and 6,000–18,000 deaths per year, respectively,1 with costs being estimated at 9 billion dollars for those two groups of illnesses.4 Worldwide, occupational exposure to carcinogens is a major cause of death and disability3, with an estimated 666,000 fatal work-related cancers each year.5

The CRC identifies priorities to guide research toward prevention of occupational disease, and base those priorities on the evidence of burden, need and impact. Below are the priority areas for the CRC.

Many sources of data exist on occupational carcinogens, including single agents, complex mixtures, and occupational groups at high risk for cancer.1 Epidemiologic studies, within specific industries and/or addressing specific exposures, have identified elevated cancer risks among workers. These studies are too numerous to detail here. An example includes a 2012 published study of 12,315 workers at eight non-metal mining facilities revealed an excess of lung cancer deaths (standardized mortality ratio=1.26, 95% confidence interval=1.09-1.44).2 This indicates an association between lung cancer mortality and exposure to diesel exhaust, a finding supported by other studies. Surveillance systems are available that provide data addressing potentially occupationally-related cancer. The NIOSH National Occupational Mortality Surveillance System is a database of death certificate data with coded occupation and industry information. Investigators can use these data to explore associations of cause-specific mortality with occupation and/or industry. The measure of association used most often in this system is the proportionate mortality ratio. For example, this database can be used to survey associations of cancer (or other health outcomes such as heart disease) mortality among persons from different occupations. Regarding lung cancer specifically, surveillance information is available from sources including the Work-Related Lung Disease Surveillance System. This surveillance activity provides data, presented in table, chart, and map format, for a variety of work-related respiratory conditions including lung cancer.

There are many known or potential carcinogens that are understudied or have never been studied. One of the goals of CRC research is to follow-up on cohorts of previous studies to continue to increase our knowledge about exposures, interventions, and health effects.  The CRC program also seeks to learn if emerging hazards (e.g., nanomaterials) pose a risk of cancer. Information on exposure, mechanism, and cancer risk derived from studies of high-priority agents should be used to develop quantitative risk assessment models, upon which authoritative recommendations may be based. Lastly, we are increasingly interested in seeking out and using improved models to screen potential occupational carcinogens for adverse effects.

NIOSH research has identified physical and chemical agents in the workplace associated with cancer, including asbestos, benzene, benzidene, 1,3-butadiene, cadmium, chromium, crystalline silica, dioxin, formaldehyde, multi-walled carbon nanotubes, radon, vinyl chloride, welding fumes and others. NIOSH studies continue to find links between cancer and workplace exposure to certain chemicals, including most recently beryllium, diesel exhaust, o-toluidine, and 1-bromopropane. A 2015 NIOSH study showed that a population of 30,000 firefighters from three large cities had higher rates of several types of cancers, and of all cancers combined, than the U.S. population as a whole. Recently, NIOSH initiated the National Firefighter Registry to better understand the risk of cancer among firefighters, after the passage of the Firefighter Cancer Registry Act of 2018. NIOSH research informs recent guidance to prevent work-related cancer by the World Health Organization and the National Toxicology Program, which frequently cite NIOSH publications documenting the cancer-causing potential of work-related chemical exposures.

There is a need for increased epidemiologic research into occupational factors contributing to cardiovascular disease among workers.6 Opportunities exist to utilize existing study populations and possibly stored biological specimens to pursue new research questions that would enhance our knowledge concerning the role of occupational exposures in cardiovascular disease. Recent findings suggest that improved monitoring and measures of stress in the work environment could identify key factors that contribute to measurable cardiovascular disease risk.7,8 In addition, recently emerging exposures (e.g. nanomaterials) may require assessment in newly established cohorts and new laboratory-based studies through collaborative research efforts involving NIOSH and its partners. Development of new methods that enable improved detection of exposure and identification of sub-clinical cardiovascular disease should make important contributions.

The path between the conduct of research and its eventual resulting changes in practice can be long and indirect for epidemiologic and laboratory-based studies. The NIOSH Quality of Work Life Surveys identified increased job strain and low job control as factors that could explain the slowing decline of heart and stroke mortality rates.9

5. United Nations Scientific Committee on the Effects of Atomic Radiation (UNSCEAR) [2008]. Report to the General Assembly. Vol 1. Sources and Effects of Ionizing Radiation: Annex B: Exposures of the public and workers from various sources of radiation: 277–322.

There is significant public health concern about potential effects of occupational exposures on reproductive outcomes. Examples of substances with reported reproductive or developmental effects still in regular commercial use include heavy metals (such as lead), solvents, and pesticides. For example, maternal oil mist exposure during early gestation in apparel manufacturing was associated with increased septal defects.1  Another example includes an evaluation of workplace exposure from a microelectronics and business machines manufacturing facility which suggests an association between paternal exposure to metals (primarily lead) and increased ventricular septal defect risk in infants.2  Estimates of adverse reproductive outcomes demonstrate widespread impact—for example, it is estimated that 10% to 20% of recognized pregnancies end in miscarriage, and that 3% of all live births have major malformations.3   Despite the public health concern and the widespread impact, progress has been limited in identifying occupational reproductive hazards and in separating the contributions of potential occupational hazards from other etiologic factors.

Several toxicants with reported reproductive and developmental effects are still in regular commercial or therapeutic use and thus present potential exposure to workers. Examples of these include heavy metals, organic solvents, pesticides and herbicides, and sterilants, anesthetic gases, and anticancer drugs used in health care. Many other substances are suspected of producing reproductive or developmental toxicity but lack sufficient data. Progress has been limited in identifying hazards and quantifying their potencies and in separating the contribution of these hazards from other etiologic factors. The pace of laboratory studies to identify hazards and to underpin the biologic plausibility of effects in humans has not matched the pace at which new chemicals are introduced into commerce. Though many research challenges exist today, recent technologic and methodologic advances have been made that allow researchers to overcome some of these obstacles. One of the goals of the NIOSH CRC program, in collaboration with many partners, is to take advantage of recent technologic and methodologic advances in reproductive health research to improve health and reduce adverse reproductive health outcomes.

Identifying the causative agents, mechanisms by which they act, and any potential target populations will present the opportunity to intervene and better protect the reproductive health of workers.

Clinical syndromes associated with neurotoxicity comprise one of the 10 leading occupational disorders in the U.S., and neurotoxic effects are the basis for exposure limit criteria for about 40% of the agents considered hazardous by NIOSH.1 Among the neurologic disorders which may be associated with occupational exposures are neurodegenerative diseases, peripheral neuropathies, and chronic toxic encephalopathies. Neurologic toxicity is one of the most prominent adverse health effects associated with pesticide exposure.2 Pesticides are used extensively throughout the U.S., with more than 18,000 products licensed for use.3 Over 1.1 billion pounds of pesticides are used annually in the U.S., and widespread use results in pervasive occupational exposure.4-6 Separately, welding, a common activity occurring in many industrial sectors (but particularly common in the manufacturing sector), has been associated with neurotoxicity including neurodegenerative disease.7

There is currently an epidemic of chronic kidney disease of unknown etiology (CKDu) around the world. Workers in industries with jobs that occur outdoors and with a high workload, such as agricultural work, seem to be the most affected.8 Among agricultural industries, workers in sugarcane cultivation are among the workers apparently affected to the greatest degree. Currently it is unclear what causes CKDu, however heat stress and exposure to pesticides are thought to be possible contributors. More generally, chronic renal diseases may also be related to occupational exposures. For example, a recent study9 found that exposure to ultrafine particulates in the workplace was associated with risk of CKD, and past studies10 conducted by CRC scientists have found an association between silica dust and CKD. Exposures to dusty conditions are common in the workplace, suggesting that this burden could be high if these relationships are causal.

Poisoning by acute high-level exposure to certain pesticides has well-known neurotoxic effects, but occupational health effects from chronic exposure to more moderate levels of pesticides are an area in need of study. Exposure assessment documenting exposure concentrations both within and among similar and different work tasks in epidemiological studies is needed.11 Some other areas of need may include the role of genetic susceptibility, and more studies of pesticides other than organophosphates. Intervention research is needed to develop and test interventions, programs or strategies aimed at minimizing or preventing pesticide exposure among farmers. Translation research to expand the high-quality implementation of evidence-based interventions, programs and strategies would be beneficial.

Occupational and environmental exposures cause an uncertain proportion of most types of neurodegenerative disease – a type of neurotoxicity that has been associated with welding. For some common neurodegenerative diseases the incidence is higher in men than in women which suggests occupational causes.12 While it is recognized that prolonged exposure to high manganese concentrations in air may lead to a Parkinsonian syndrome known as “manganism,” research is mixed concerning neurological and neurobehavioral deficits occurring when workers are exposed to low levels of manganese in welding fumes over time.

Regarding CKDu, surveillance research is needed to better understand the burden of CKDu among agricultural workers (and perhaps workers in other sectors) and basic/etiologic research is needed to better understand etiologic mechanisms. Most of the NIOSH-funded Centers for Agricultural Disease and Injury Research, Education, and Prevention (Ag Centers) have been involved in research that address pesticide exposure. These centers have already established partners and facilities, and developed methods to approach research in this area. NIOSH has also developed a network of partners through the SENSOR pesticide surveillance initiative to provide pesticide surveillance in cooperating states. Researchers beginning or continuing work in the area of CKDu can potentially tap these networks to address the surveillance and basic/etiologic research needs.

The impact of CRC work related to neurologic and renal diseases is expected to come from the wide range of types of research described above – ranging from basic work to identify mechanisms and causative agents to intervention and translation research – and lead to decreased morbidity and mortality among workers in the Agriculture and Manufacturing sectors.

Other examples of peer-reviewed literature that may be sources of information on which to guide future work of the CRC include the following: