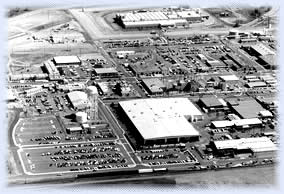 In 1952, the Rocky Flats Plant began operating to manufacture parts needed for nuclear weapon production. The plant was located near Denver, Colorado. The plant operated until 1994, when it was shut down permanently for environmental and safety concerns. Since then, the site has been remediated, and most of the land is now a wildlife refuge.1

Nuclear workers from the Rocky Flats Environmental Technology Site have been included in many NIOSH studies. Below are fact sheets that summarize some of the study findings for workers.