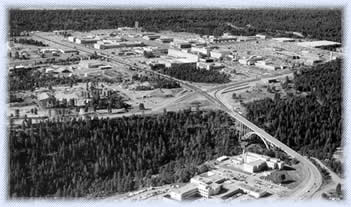 The Los Alamos Laboratory, also known as SiteY or Project Y, was built in 1943 to design and build an atomic bomb. After World War II, LANL scientists continued to perfect US weapons during the cold war. Today, LANL is a security research institution, with the responsibility of ensuring the safety, security, and reliability of the nation’s nuclear deterrent.

Nuclear workers from the Los Alamos National Laboratory have been included in many NIOSH studies. Below are fact sheets that summarize some of the study findings for workers.

Chronic lymphocytic leukaemia and radiation: findings among workers at five US nuclear facilities and a review of the recent literature (2007)

Bone marrow dose estimates from work-related medical x-ray examinations given between 1943 and 1966 for personnel from five U.S. nuclear facilities. (2006)

Assessment of plutonium exposures for an epidemiological study of US nuclear workers. (2005)

Bias and uncertainty of penetrating photon dose measured by film dosimeters in an epidemiologic study of US nuclear workers. (2005)