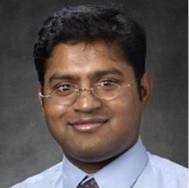 As employers struggle to stay in business under increasing economic pressures, they rely more on non-standard work arrangements. Workers’ exposure to job stress may adversely affect health and health-related quality of life (HRQL) and vary by work arrangement. We assessed the characteristics of U.S. workers in non-standard work arrangements, the effect of work arrangement on job stress, and the association between job stress and HRQL by work arrangement. We used the NIOSH-sponsored Quality of Worklife (QWL) module, which supplemented the General Social Survey (GSS) in 2002, 2006, 2010, and 2014 and assessed an array of psychosocial working conditions and quality of work life topics. We pooled QWL responses from the years 2002, 2006, 2010, and 2014, of only those who reported being employed. We included 6,005 respondents (weighted), grouped according to their work arrangement: i) independent contractors (independent), ii) on-call, iii) paid by a temporary agency (temporary), iv) working for a contractor (contract), and v) in standard employment arrangements. Respondents were further grouped into those who were stressed and not stressed at work. Descriptive population prevalence rates were calculated by work arrangement for select demographic and organizational characteristics, psychosocial working conditions, work-family balance, and health and well-being outcomes. We also assessed the effect of work arrangement on job stress, and whether job stress was associated with number of unhealthy days and days with activity limitations, which can be used to assess HRQL. We found that within non-standard arrangements, independent and on-call workers reported less job demand, higher decision latitude, higher job satisfaction, lower job stress, and a higher HRQL, when compared with temporary and contract workers. Furthermore, work arrangement was an important predictor of job stress, and stressed workers, irrespective of arrangement, reported higher number of days lost due to poor physical and mental health. 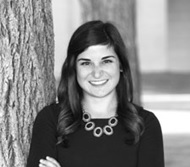 The relationship between worker health and workers’ compensation (WC) claims is a relevant issue for both businesses and workers. Some research supports this notion; however, there is no research on the complex relationship between multiple health factors and claims. Through a partnership with a workers’ compensation carrier, we assessed the relationship between prior claims, chronic health conditions and job demands (physical and cognitive work task difficulty) on the incidence and cost of future workers’ compensation claims. We used a validated health risk assessment and WC claims data from employees participating in a WC insurer worksite wellness program (N=16,926). Employees came from 314 diverse businesses in Colorado. Workers were mostly women (60%), white (84%), and worked full-time (91%). A two-part multivariate regression strategy was used to test the interactive relationship between the health-related predictors and future claim occurrence and total cost while controlling for demographic and work organization factors. Significant predictors of WC claim occurrence included prior claim (OR=3.47, p<0.01), socio-emotional conditions (i.e., depression, anxiety, fatigue and sleeping problems) (OR=1.19, p<0.10), and headache conditions (i.e., migraines or other severe headaches) (OR=1.26, p<0.05). Significant predictors of claim cost included headache conditions (predicted cost=$2,569, p<0.05) and cancer (i.e., skin or any other type) (predicted cost=-$4,081, p<0.10). Interaction terms between past claim and chronic health conditions and job demands were not significant. The non-significant relationship between job demands, especially physical demands, and claims needs to be investigated further. The lack of relationship may be due to insufficient power as only 3% of workers reported physical job demands and 3% reported a future claim. Our findings provide evidence for the necessity of Total Worker Health® business policies and programs that not only focus on hazard prevention, but also facilitate workers’ socio-emotional health.