Towards An Expanded Focus for Occupational Safety and Health 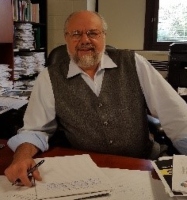 The future of work will be characterized by ongoing, extensive, and powerful changes in how people work, the workforce, and the workplace, which requires a more holistic view of each of these. A “job for life” is no longer a reality in many countries, the workforce is aging and multigenerational, becoming more diverse, and many workers have chronic disease. Technology and globalization are disrupting the tasks required of workers and are contributing to periods of unemployment and underemployment. In some sectors, there is a mismatch between skills needed for jobs and those seeking work. An expanded focus for occupational safety and health (OSH) is needed to respond to changes in the world of work that challenge traditional OSH systems, and to prepare for rapid responses to what the future of work will bring. This expanded focus challenges traditional approaches to OSH and requires a paradigm shift from a workplace hazard and risk prevention approach to a broader systems-thinking approach that ideally will place worker well-being at the apex of the OSH paradigm. To achieve well-being, there is a need for an expanded view of the burden of work and an approach that addresses the factors that interact with and affect work and workplace hazards – all along the working life continuum. The concept of workforce well-being can serve as an objective of OSH research, education, practice and policy and can help address these changing conditions.

The NIOSH Total Worker Health® concept has begun to lay the foundation for this effort, inspiring a broader approach to worker health and motivating early research on new paradigms for achieving worker well-being. Within that framework, a model has been developed to operationalize well-being. Critical to implementing this model is the need for the OSH field to evolve and incorporate a broader skill set than in the traditional OSH curricula, yet this poses a major challenge. In this presentation, we describe various efforts to prepare for an expanded focus that brings well-being and a broader range of OSH and other skills to bear. Among these efforts are various upcoming conferences and elicitations where well-being and appropriate skills sets and systems thinking have been or will be explored. One series of conferences will be part of a collaboration between NIOSH and the University of Texas School of Public Health. Another series involves the Well-being at Work conferences that have been held biannually in Europe. A third effort is a European effort based on the concept of “workplace innovation” that emerged from the European Workplace Innovation Network and aims to simultaneously improve well-being at work and organizational performance. The fourth effort is the NIOSH agenda to develop Total Worker Health (TWH) capacity.

Achieving a paradigm shift to include the recognition of worker well-being as an important outcome of OSH will be influenced by the way technology affects work and employment in general, and the OSH professionals in particular. Other factors include how transdisciplinary efforts are stimulated and how the OSH professions become sufficiently attractive to students entering this field as the paradigm shifts. There is a need for active marketing of the OSH field as a vibrant career choice and focus of investment for industry and society. An expanded paradigm may be useful in that marketing effort. Ultimately, there is need to consider how the OSH professions of the future will be trained and how they will interact with other professions. If achieving well-being in the workforce is the goal, preparing the OSH profession for the work and workplaces of tomorrow will require new approaches and objectives, the development and transfer of new skills, and inspired and innovative teaching methods.

The Expanded Focus for Occupational Safety and Health (OSH): Implications for Research and Training of OSH Professionals 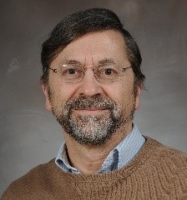 Worker well-being emphasizes quality of life, driven by the relationship between individual worker health and factors both at and outside the workplace, seeking to have workers thrive and achieve their full potential. Setting worker well-being as an outcome implies a paradigm shift beyond preventing workplace illness and injury or health promotion, adopting a more expansive, systems-thinking approach, to better integrate “traditional” occupational safety and health (OSH) personal and socioeconomic risk factors, both horizontally (broadening the range of factors to examine their impact on health) and vertically (from a short-term perspective to a work life continuum perspective). This paradigm shift also affects how we conduct OSH research by incorporating the viewpoint of a broader stakeholder base, new study designs and more complex analytical approaches. It also affects how we train OSH professionals. In this presentation, we will briefly review some examples of recent research that illustrate these approaches, and address the skill set that will be needed to prepare OSH professionals for the expanded focus.