A Look at the Intersection of Aging, Worker Well-being and the Future of Work

Casey Chosewood, MD, MPH – NIOSH
Work is much more than just a “job” for most people.  It’s a critical influencer of income, education, mobility, marriage, family life, social connections and many opportunities. And increasingly, work is seen as a major determinant of health, well-being and longevity. This influence grows stronger as the ways in which we work (and are employed) shift, and as new technologies and novel exposures related to work arrive at a dizzying pace. Older workers may be especially vulnerable to the changes that are now forecasted in future work. This presentation will examine the new way we work, unpack what we know about the tight linkages found among future work and the health of an aging workforce, and spur new dialogue on important steps we must take to safeguard today’s workforce and the generations that follow. This session will also introduce the concepts of Total Worker Health® (TWH) and NIOSH’s Future of Work Initiative as valuable strategies for decreasing the risks workers of all ages face and for optimizing their health opportunities as the future of work unfolds.

When Aging and Work Collide 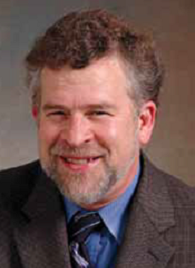 James Grosch, PhD – NIOSH
Work of the future will be shaped by two far-reaching societal trends: a workforce that is becoming increasingly older and more diverse, and a workplace that increasingly incorporates emerging technologies and new forms of work organization. This presentation focuses on the interaction of these two forces and begins with an examination of demographic change and how age is related to a range of occupational safety and health outcomes. Current emerging technologies and changes in work organization will also be discussed, with an emphasis on the implications of these developments for an aging workforce. A major theme of the presentation will be that the impact of workplace change is not preordained and can be influenced appreciably by how the changes are designed and implemented.

Aging Workers in the Future of Work

Martin Cherniack, MD, MPH and Jennifer Garza, ScD – University of Connecticut Health Center
UConn-SAM (University of Connecticut Study on Aging and Musculoskeletal Disease) is a longitudinal study of 1,000 older Connecticut manufacturing workers. UConn-SAM’s inception hypothesis was that work conditions would differentially affect musculoskeletal health in an aging workforce. The endpoints were leaving the workplace due to retirement, health, or new employment. The participating companies were legacy manufacturers with a preceding decade of stable employment and product lines, and primarily domestic production.

The Great Recession altered our baseline presumptions. From 2008-2013, the proportion of workers leaving the workforce was less than half of historic norms, despite significant dissatisfaction with work, a phenomenon associated with financial and job insecurity. From 2014-2019, more workers left their employment, but healthcare and retirement resources still appear to affect decision making. Over the past decade, retirement and health insurance contributions from employers continue to decline.

There were significant changes in the participating companies in ownership, corporate form, management, and international acquisition. Changes in production processes and new technology have been dramatic, but the local workforce remained stable. Contrary to expectation, older workers in skilled manufacturing were not seen as problematic or unhealthier, but instead were the most desirable portion of the workforce. The greatest concern involved retaining older workers. The main challenges reported by older workers were social and organizational, rather than the physical work demands. Eldercare responsibilities affected a sizable proportion of the workforce, and there was near universal interest in the affected group in greater resources. Older workers had a preference for remaining at their jobs but needed reduced hours and schedule flexibility.

It is too early to summarize the impacts of the coronavirus disease (COVID-19). All the Connecticut companies remained open, but with extensive and often innovative safety and health modifications. To date, these have included more consultative engagement with the workforce and its unions and an expectation that preventive safety and health changes will be continuous and long-term. The health risks to older workers and works with chronic disease from pandemic infection is seen as a long-term problem.

Overall, the greatest concerns articulated by the workforce, managers, and safety and health professionals were more centered on work organization and workplace policies and on the competitive international environment rather than on replacement through automation.