Big or small. Taking action to promote motor vehicle safety at work doesn’t need to be overwhelming. You can take big or small steps to make an impact. Employers can read this month’s newsletter for ideas to apply in the workplace. Access previous issues of our newsletter

The NIOSH Center for Motor Vehicle Safety now features all of its road safety animated images – or GIFs (Graphics Interchange Format) – in a single location.

How can you use GIFs? Twitter is one of the most effective ways to use GIFs. If your workplace doesn’t use social media, consider including GIFs in the slides of your next safety presentation. Or, request to have GIFs added to any electronic message boards displayed throughout the workplace.

Require workers to pull over in a safe location if they must text, make a call, or look up directions.

David Strayer is the John R. Park professor of Cognitive Neuroscience in the Department of Psychology at the University of Utah. Dr. Strayer’s research examines attention and multitasking in real-world contexts such as driving an automobile. 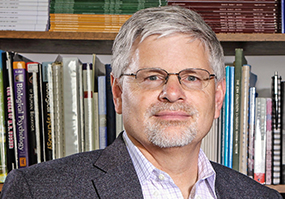 In 1973, Martin Cooper invented the car phone with the intention that it would increase productivity by utilizing driving time to get work done. However, early car phones were expensive, bulky, and calls were often dropped, making them unsuitable for doing business on the road.

Today, cellular networks just about cover the entire country, and there are more cell phones in the U.S. than people. Newer vehicles allow the driver to pair their smartphone to the car so that many functions and features of the phone are at the driver’s fingertips. But the promise of increased productivity behind the wheel is illusory.

First, it is well established that using a smartphone distracts the driver and increases the risk of crashes, injuries, and property damage. Second, people make bad decisions when they are distracted. The driver’s memory of the conversation is often impaired – they forget things that were said and can even create false memories. In fact, the National Safety Council found that most companies saw increased productivity after implementing a properly introduced cell phone policy. Their analysis found that most calls were really not business- critical, and that business calls would have been handled better if the employee was not driving.

No, hands-free cell phones are just as distracting as hand-held devices. The impairment is due to brain overload from driving and talking – multitasking –  not because one hand is holding the phone. Simply put, the human brain just doesn’t multitask like we would like it to. Conversations with a passenger can also distract the driver, but more often than not the second pair of eyes helps to offset crash risks. Adult passengers often help to navigate, point out hazards, and stop talking when driving becomes more demanding.

I recommend a policy, similar to what many Fortune 500 companies have adopted, where employees do not manipulate their smartphone while driving their vehicle. If the device is used for music or navigation, it should be programmed before the drive commences. Companies that have a policy that prohibits any use of the smartphone while the vehicle is in motion (and actively enforce the policy) have seen drops in crash rates in excess of 50%.

Many cell phone laws are inadequate or poorly enforced. Distracted driving is a growing risk to workplace safety and to that of the general public. Any potential benefits of using a cell phone while driving are lost because of the safety and productivity costs (not to mention the significant costs of litigation for crashes caused by distracted workers). Employers: take control and proactively address distracted driving to protect your employees and the driving public. This gives you an opportunity to establish and enact best practices and be a leader in the community.

Road to Zero: Join the national conversation on traffic safety

“The aim of Road to Zero is to get to zero deaths by 2050. It’s not impossible – it just hasn’t been done yet. Working together, we will find new solutions to old problems and eliminate these preventable deaths.” – Deborah A.P. Hersman, president and CEO of the National Safety Council

Tens of thousands of people die on U.S. roads every year, and the fatality trend is going in the wrong direction. After​ a decade of record declines, traffic fatalities increased 14% from 2014-2016, the largest two-year increase in more than 50 years.1external icon Work-related traffic fatalities have followed a similar pattern, reaching their lowest point in 2009 but increasing 28% from 2009-2015.2external icon

The Road to Zero Coalition now has over 600 members representing all segments of society. The NIOSH Center for Motor Vehicle Safety is participating, as are a number of our partners in the public, private, and NGO sectors.

The Road to Zero Coalition recognizes that reaching zero traffic deaths may seem like a lofty goal, but its members believe the goal is attainable because:

A coordinated effort that brings together multiple stakeholders with the same goal can achieve more than individual organizations working independently.

Ideally, businesses and other organizations with employees who drive for work have motor vehicle safety programs and policies in place to protect those employees on the road. But, the business community can also contribute to the broader goals of the Road to Zero Coalition. Consider the following:

Involvement in the Road to Zero Coalition is free and can help forward-thinking businesses work toward all these goals.

We at the NIOSH Center for Motor Vehicle Safety encourage the business community to become a part of the Road to Zero Coalition. It’s a win-win: a chance to learn about new developments in road safety that can help keep employee drivers and their families safer, and to help solve the persistent national problem of road traffic fatalities.

Within the next few months, the Road to Zero coalition will release a report describing the changes needed for the United States to achieve the goal of zero traffic fatalities by 2050. We’ll feature the key takeaways from that report in a future issue. To learn more and to join the Coalition now, please visit NSC’s Road to Zero webpageexternal icon.

The bottom line: Employers can help eliminate traffic deaths – on and off the job. 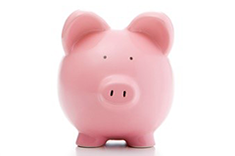 Measure the cost of your company’s crashes with the Cost of Collisions Calculatorexternal icon, developed by the Network of Employers for Traffic Safety through a cooperative agreement with the National Highway Traffic Safety Administration. 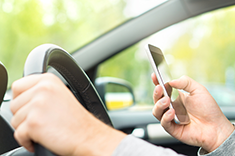 April is Distracted Driving Awareness Month. At any given time in 2015, an estimated 2.2% of all drivers on the road were texting or visibly using a hand-held device.1external icon On average, a non-fatal injury crash at work that involves distraction costs the employer $72,442.2external icon

Visit our Distracted Driving at Work webpage to access employer and worker resources.

What motor vehicle safety topics do you want to read about? Tweet or email us to share your thoughts.

email_03Subscribe to Behind the Wheel at Work