On January 13, 2000, a 16-year-old male dairy farm worker died when a horse-drawn sled box loaded with manure tipped over and he was pinned underneath. The Wisconsin FACE field investigator learned of the incident through the death certificate on March 9, 2000. On May 2, 2000, the field investigator visited the farm and interviewed the victim’s father. The FACE investigator also obtained the death certificate and the coroner and sheriff’s reports, and a report from the state climatologist.

This incident occurred on a dairy farm operated by the victim’s family. The family moved to the farm from another state several years ago, and did not employ non-family workers on the farm. Horses were used for personal transportation and to pull field equipment. The victim had observed and participated in farming activities from his early youth years, and gained on-the-job safety training from his family. He participated in the farm activities on a full-time basis, while also maintaining a trapline for fur-bearing animals on the farm property. He was experienced in driving a team of horses, and with using a team to draw farm equipment. The sled box that was involved in the incident was constructed by the farm family members several months before the incident. He had used the sled with the box to spread manure on cold days prior to the incident.

On the afternoon of the incident, the victim completed his usual daily farm chores, including removing the cow and horse manure from the barn to spread on the farm’s crop fields. At least six inches of snow had fallen during the early morning prior to the incident, so he chose to transport the manure to the field with the horse-drawn sled instead of a wagon. Earlier in the winter season, the farmer and the victim had constructed a rectangular open wooden box to use with the sled runners for hauling manure. They designed and built it to rest on the runner braces, with wooden dowels uniting the braces and the bottom of the box. This design allowed the farmers quickly lift the box off the runners for storage, or to replace it with other sled-based devices. 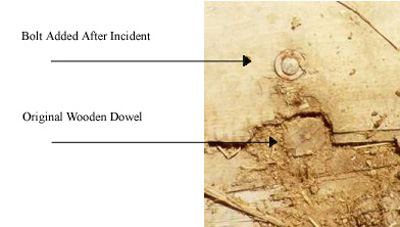 The farm worker filled the box with manure, until it was piled higher than the sides of the box. At about 4:00 PM, he attached the sled tongue to the horse harness, climbed into the box, and drove the horses with the loaded sled about one-half mile to a snow-covered hill. While standing in the box, he began to pitch the manure over the sides and rear of the box. The grade on the hill was about 25, and the long edge of the sled box was parallel to the crosswise axis of the hill. There were no witnesses to the event, but apparently the box tipped downhill off the runners, trapping the victim under the overturned box and its load. The horses returned to the farmstead drawing the sled runners. When the family saw the horses, they went to the farm field and found the victim under the box. They removed the box and went to a neighbor’s house to contact authorities. The coroner, EMS and sheriff responded. The coroner pronounced the victim dead at the scene

The death certificate listed the cause of death as multiple internal trauma.

Recommendation #1: Farmers who use box sleds should design and build the box with secure attachments to the runners.

Note: At the time of the site visit, the box had been secured to the runner braces with bolts.

Recommendation #2: Farmers who use box sleds should ensure the loaded box maintains a low center of gravity.

Discussion: The location of an object’s center of gravity (CG) determines its stability on a surface. An object with a high CG will tip more easily than an object with a low CG. The design of the sled base and box, and the weight and placement of the load in the box must be considered to determine the CG. The CG of the box sled could be lowered by increasing the distance between the runners and decreasing the distance of the box to the ground. When the box is loaded, the CG will be higher than for an empty box. Spreading the load evenly in the box, and avoiding high loads would maintain the CG at a lower level that is less likely to cause the sled box to tip.