Supervisor for a Drywall Contractor Was Fatally Injured When He Fell and Became Entangled in the Frame of a Manually Propelled 6-foot Mobile Scaffold.

A 31-year-old male supervisor for a drywall contractor died on April 29, 1999, from head injuries he received the previous day in a fall from a 6-foot mobile scaffold. At the time of the incident, the victim was part of a two-man crew installing drywall inside an addition to a hospital. The supervisor was working from the scaffold installing drywall on the top section of the room when he suddenly fell. The scaffold was not fully planked and its wheels were not locked. The exact circumstances of the fall are unclear since the activities of the supervisor immediately preceding the fall were not witnessed. The co-worker heard a sound, looked over, and saw the victim and the scaffold hit the floor. He immediately went to obtain assistance. A physician working nearby responded within two minutes. Emergency room staff transported the victim to the emergency room within ten minutes. The worker was hospitalized and died the following day from his injuries.

A 31-year-old male supervisor for a drywall contractor died on April 29, 1999 from head injuries he received the previous day in a fall from a 6-foot mobile scaffold. OKFACE investigators were notified of the incident and a site visit was conducted on June 28, 1999. The FACE investigator obtained the OSHA citations, hospital records, and the death certificate. The owner of the drywall contracting company was interviewed. Construction at the site of the incident had been concluded and a visit to the site was not feasible. The worker who was in the room with the victim at the time of the incident had not returned to work subsequent to the incident and was not available for interview at the time of the investigation.

The employer was a small construction contractor whose primary business was drywall installation. The company had been in business for about 12 years and employed 16 people at the time of the incident. Fourteen employees worked in the field as drywall installers or laborers. The victim was a nephew of the owner and had worked for the company for approximately six years. He had worked as a supervisor and drywall installer for approximately three years. The employer did not have a formal safety program. Earlier in the year, the owner had initiated weekly safety meetings based on a curriculum provided by a subscription service. Scaffold safety had not been taught as a topic prior to the time of the incident. There had been no other fatalities in the company’s history.

The contractor had assigned four workers to install drywall in a hospital construction project on April 28, 1999. The crew was working in two-person teams in separate rooms that afternoon. The 31-year old supervisor and laborer were installing drywall 10-12 feet above floor level. The room they were working in was approximately 2500 square feet and had an angular ceiling that measured approximately 16 feet at its apex. The floor was level and clean. The drywall was stacked approximately 15 to 20 feet from the point where it was being installed. The supervisor was wearing work clothes, a nail bag, and leather work boots. He was using a cordless drill and reaching up to install drywall.

The death certificate listed multiple trauma as the cause of death.

Recommendation #1: Employers should ensure that scaffolds are fully planked and that scaffold casters and wheels are locked to prevent movement of the scaffold.

Recommendation #2: Employers should ensure that the scaffolding selected is appropriate for the work being performed.

Discussion: According to OSHA, the victim had earlier been working from a 6-foot fiberglass ladder that had been placed on the working surface of the mobile scaffold. Additionally, it was reported that the worker may have stood on the pins of the scaffold to reach higher. This would support the impression that the scaffold height was not sufficient for the work being performed. The employer should provide a scaffold that is of sufficient height and adequately designed for safe performance of work tasks.

Discussion: The first step in ensuring that employees follow safe work practices in the performance of their work is the development of safe work procedures and instructions and training on these procedures. OSHA regulations require the employer to provide training for all employees who work on scaffolds; this training is to be provided by a competent person. 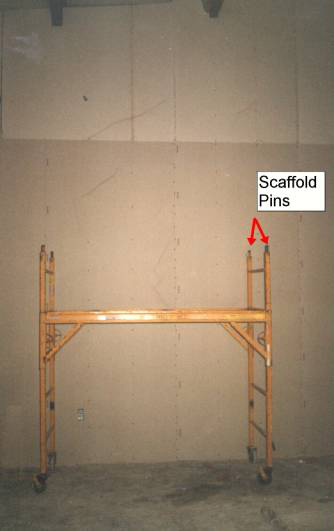 Figure 1. Scaffold Position in the Room Where the Victim
was Working at the Time of the Fall