FACE investigators concluded that, to prevent similar occurrences, employers should:

In January, 1998, a 56-year-old construction worker died of crush injuries he received when an 8-foot by 24-foot concrete sound barrier form on which he was standing fell. Fourteen days after the incident, officials from the United State Department of Labor, Occupational Safety and Health Administration (DOL-OSHA) notified the Injury Prevention Service at the Oklahoma State Department of Health (OSDH) of the fatality. On March 17, 1998, the field investigator from OSDH and a safety engineer from the National Institute for Occupational Safety and Health, Division of Safety Research (DSR) conducted an investigation of the incident. The incident was reviewed with the employer and a visit was made to the incident site. A death certificate, ambulance report, newspaper clippings, and DOL-OSHA report were gathered during the investigation.

The employer was a construction contractor that had been in business since 1959. The company employed 11 persons at the time of the incident. At one time, the company had employed as many as 50 employees. The employer had a comprehensive written safety plan. Detailed procedures were developed on-site to accommodate various job environments. Although verbal procedures for pouring the forms were discussed, no procedures were written for pouring and moving the concrete sound barriers or forms. The employer served as the company’s safety officer and reported that weekly safety meetings were held. The employee worked for the employer for two years whenever there was a job in the area. At the time of the incident, there were four employees at the highway construction site; three of the employees, including the construction worker, were engaged in removing the form from the newly poured concrete sound barrier wall. This was the first fatality experience by the company.

The employer had been contracted to construct an 8-foot high concrete sound barrier wall separating single family dwellings from new highway construction. The wall was poured in 24-foot sections for a total of 1,750 feet. Forms for the wall were made from 2-foot by 6-foot plywood sheets. The forms were stood on edge, and connected together in sections with three rows of one-half inch diameter taper bolts. Reportedly, guardrails and scaffolding were attached to the sides of the form when the bracing was added. After a section of wall had been completed, the form was disconnected and a crane was used to remove the form and reset them for the next section. To prepare the form for removal, all but the taper bolts on the end were pulled and the form was hooked to the crane using loops of cable fastened to their top. After the form was hooked to the crane, the last two taper bolts were pulled and the form was lifted and reset. The crew was constructing the last 200 feet of the wall when the incident occurred and had reset the form as many as 50 times. The section was poured a couple days before the incident.

On the morning of the fatal incident, no safety meeting was held. The construction crew had started the workday within the same hour of the incident. When the form was previously moved, crowbars were used to loosen the form from the concrete because the form was not properly releasing from the set concrete. Another worker had applied more form oil grease to the form prior to the co-workers climbing on the form. The construction worker and co-worker approached the form moving process under the assumption that they would need to pry the form loose; however, the form was well-oiled and easily released.

Based on the information gathered during the investigation, it appears that when the construction worker and co-worker climbed on the form, all the taper bolts had been removed and the form was not sufficiently secured against movement.

The medical examiner performed an autopsy and listed the cause of death as laceration of the aorta due to a crush injury of the chest.

Recommendation #1: Employers should develop, implement, and write job task procedures to eliminate worker exposure to unexpected movement of materials during rigging and lifting.

Discussion: The employer had a comprehensive written safety plan; however, the plan did not include written procedures for removing and repositioning concrete form. Because construction workers are faced with a variety of changing conditions at the work site, it may not be possible to address site specific procedures in a formal written plan. However, plans for removing and repositioning concrete form should be addressed, including proper bracing and rigging sequences to prevent uncontrolled material movement. Safe methods for bracing and securing form are contained in American National Standards Institute (ANSI) 10.9-1970, Section 6.4.5, Safety Requirements for Concrete Construction and Masonry Work. Work procedures whether written or verbal, should be fully implemented at the work site. Because work had been suspended due to wet/rainy conditions on the day the FACE investigators visited the incident site, actual work procedures were not observed, however, the wall and form were examined. It appeared that removal and repositioning procedures in use just prior to the visit differed from those outlined by the employer. All the taper bolts had been removed from the form of the last section of wall completed and the form was connected with a 2- by 4-inch board nailed across the end of the form. There were no scaffolds or guardrails present. It was also noted that the lifting loops on top of the form were more than 8 feet high and the workers may not have been able to attach the crane cables without climbing on the form.

Recommendation #2: Employers should ensure that proper fall protection equipment and/or guarding is available and properly used when working where there is a hazard of falling.

Discussion: 29 Code of Federal Regulations (CFR) 1926.501(b)(1) states that “each employee on a walking/working surface (horizontal and vertical surface) with an unprotected side or edge which is 6 feet (1.8m) or more above a lower level shall be protected from falling by the use of guardrail system, safety net system, or personal fall arrest system.” In this incident, the workers were working on top of concrete form that was 8 feet (2.4m) above the ground level. No guardrails or other fall arrest system was in place. 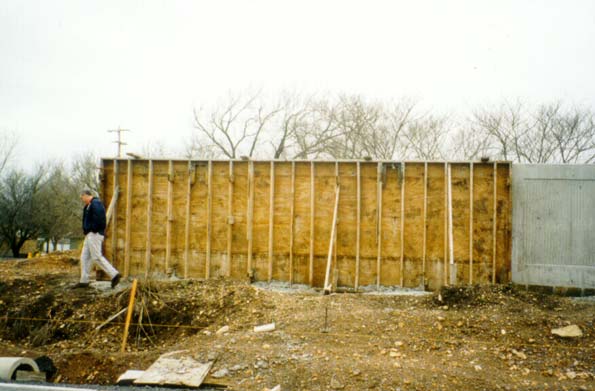 Figure 1. Front view of the form. 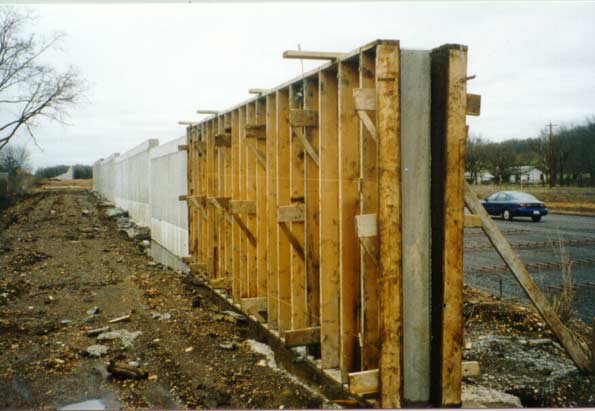 Figure 2. Back view of form. 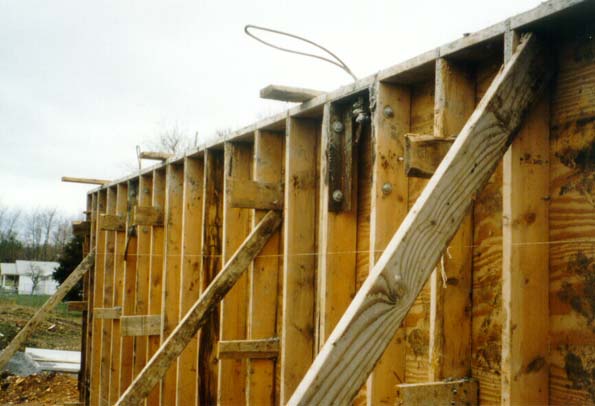