On July 27, 1998, a 64-year-old building maintenance worker was fatally injured after falling nine feet down the shaft of a material lift. The victim was a self-employed construction contractor who maintained a six-story building that housed a restaurant and office spaces. An experienced construction worker, he renovated most of the building and had built a material lift for moving building materials to the upper floors. The lift (which was similar to an elevator) was on the second floor when the victim left the building to get some tools from his van. He opened the ground floor doors leading to the shaft from the street and was apparently trying to jump across the open five-foot wide shaft to reach the interior door when he fell nine feet into the basement. He died of his injuries the next day. NJ FACE investigators concluded that, in order to prevent similar incidents in the future, these safety guidelines should be followed:

On July 31, 1998, NJ FACE program received a report from a county medical examiner regarding a work-related fall that occurred on July 27, 1998. A FACE investigator contacted a building owner (the victim’s nephew) and arranged for a site visit that was done on August 5, 1998. Investigators spoke with the owners and examined and photographed the incident site. Additional information was obtained from the police report and medical examiner’s reports. Federal OSHA did not investigate this fatality because incidents involving self-employed workers are out of their jurisdiction.

The victim was a 64-year-old, self-employed construction contractor who had worked in the building for about five years. He had extensive construction experience as the co-owner of a heavy construction company in Portugal which built bridges and highways. After moving to the United States to be with his wife and daughter, he worked at the incident site which was co-owned by his nephew. He set up a workshop in the basement and was paid for his renovation work on a per-job basis. The victim was described as a small but strong man who spoke limited English.

This incident occurred in a six-story building located in the center of an urban area. The owners bought the building in 1993 with plans to reopen the ground floor restaurant. The upper floors had housed a jewelry manufacturer and needed major renovations to be turned into office and living areas. The victim started to work on the building soon after it was bought and set up a shop in the basement. To aid in moving construction debris and building materials, he built a material lift in an existing shaft way. The lift was constructed of plywood covering a metal frame and measured about five feet wide, six feet long, and over six feet tall. It was equipped with an electric light and lifted by an electric chain hoist. There were no operating controls in the car. A user called the lift by pushing a button on the ground or basement levels that activated the hoist. When the lift reached the floor, the user opened a conventional wooden door leading into the shaft. These doors were not equipped with interlocks to prevent them from being opened when the car was not present. At that time the material lift only served the basement, ground, and second floors to the building. The shaft entrances to the top three floors had been sealed off when the renovations were completed.

During the weekend before the incident the victim and a co-worker were working on the restaurant’s dining room. On Monday morning (the day of the incident) the victim returned with some building materials to continue the work. Because it was close to noon, the co-owner of the restaurant asked him to wait until after lunch time to do his work since customers would soon be coming into the restaurant. The victim put the building materials on the material lift and raised it to the second floor. He then went to the basement to repair an electric fan in his workshop. He was last seen in his shop at around 12:00 noon.

There were no witnesses to the incident. The victim apparently needed a gear puller to remove the blades from the fan shaft. He went outside to his van to get the tool and decided to reenter the building through the exterior double doors leading to the material lift shaft. Directly across the five foot wide shaft was a narrow landing for the interior door to the restaurant (see Figure 1). The victim fell as he apparently tried to jump across the shaft to the landing, falling nine feet into the basement and striking his head on the concrete floor. At about 12:30 p.m., a restaurant employee looked into the shaft and saw the victim in the basement. He called down to him but did not get an answer and alerted one of the owners. The police and EMS arrived to find him the victim critically injured and agitated, with his keys and the gear-puller nearby. He was taken to the regional trauma center and admitted with head and spinal injuries. He died of his injuries the next day at 10:57 p.m.

It is not known why the victim tried to enter the building through the material lift. Directly beside the lift’s doors was the entrance to a stairwell leading into the restaurant and down to the basement. The victim was aware that the material lift was dangerous and kept the shaft doors locked. He had also warned the restaurant workers not to try to jump across the shaft.

The county medical examiner found the cause of death to be due to “cranio-cerebral injuries.”

Discussion: This material lift was built to help the victim renovate the building and to move restaurant supplies into the basement. Although it appeared well constructed, the lift was not built to code and did not have the required interlocks to prevent the doors from being opened into an empty shaft.

To prevent future injuries, FACE recommends that all lifting devices be constructed to comply with building codes. All material lifts, elevators, and dumbwaiters must be constructed under a building permit issued by the municipality. Passenger and freight elevators must meet the American National Standards Institute (ANSI) construction and safety codes as per ANSI A17.1, Safety Code for Elevators and Escalators. These elevators must also be registered with the NJ Department of Community Affairs and are required to be inspected twice a year. Material lifts must comply with the ASNI standard B20.1, Safety Standard for Conveyors and Related Equipment. Material lifts are not subject to the NJ state registration and inspection requirements. However, a local construction official must determine if the device is considered a material lift or an elevator.

Discussion: It is extremely important that contractors obtain accurate information on working safely and adhering to all OSHA standards. The following sources of information may be helpful:

On request, OSHA will provide information on safety and health standards. OSHA has several offices in New Jersey that cover the following areas:

Located in the NJ Department of Labor, this program provides free advice to private businesses on improving safety and health in the workplace and complying with OSHA standards. For information regarding a safety consultation, call (609) 292-0404, for a health consultation call (609) 984-0785. Requests may also be faxed to (609) 292-4409.

The NJ Safety Council provides a variety of courses on work-related safety. There is a charge for the seminars. Their address and telephone number is: NJ State Safety Council, 6 Commerce Drive, Cranford, NJ 07016. Telephone (908) 272-7712

Information and publications on safety and health standards can be easily obtained over the internet. Some useful sites include:

www.osha.govexternal icon – The US Department of Labor OSHA website. 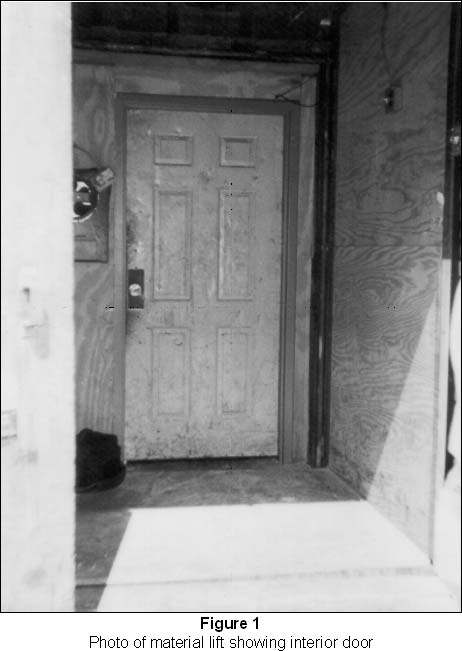