Maintenance Mechanic Struck and Killed by a Falling Conveyor Platform

On October 15, 1997, a 28-year-old maintenance mechanic at a cold storage warehouse was killed when he was struck by the falling platform of a vertical lift conveyor. The incident occurred as the victim and two co-workers were trying to repair the conveyor, which was used as an elevator to lift pallets of produce to the three floors of the warehouse. The workers had just finished fixing a jam when they noticed that the motor was making an unusual noise. Suspecting a bad bearing, the victim pulled the motor from the conveyor’s drive assembly, releasing the electric braking mechanism. The platform’s mechanical brakes failed, causing the platform to fall and strike the victim. NJDHSS FACE investigators concluded that, to prevent similar incidents in the future, these safety guidelines should be followed:

On October 20, 1997, a NJDHSS employee notified FACE personnel of a machine-related fatality at a cold storage warehouse. A FACE investigator contacted the employer and arranged to do a site visit, which was done on October 28, 1997. This site visit included interviewing the company owner (the victim’s father) and examining and photographing the incident site. A second visit was done on December 16, 1997 with federal OSHA and a representative from the lift’s manufacturer. Additional information was obtained from the OSHA compliance officer, the lift manufacturer, and police and medical examiners’ reports.

The incident occurred at a refrigerated warehouse in a small town. The 75-year-old warehouse had been purchased in 1980 and operated by the family for 15 years. Up to 125 pallets of produce could be stored in the three-story warehouse, which was kept at temperatures ranging from -7 to 38 F. The company also made block ice at the facility and mostly served local farmers who brought their produce in for freezing or storage.

Sometime around 1990, the township inspected the company’s old freight elevator and found a number of violations. Unable to afford replacing or repairing the elevator, the company abandoned it and looked for other alternatives. They chose a vertical lift conveyor, a stationary machine that works on a principal similar to the lifting mast of a forklift (see Figure 1). A steel frame was mounted in a vertical shaft way reaching the three floors of the warehouse. Running on the frame was an 8.5 foot long, 4.5 foot wide steel lifting platform hoisted by cables driven by an electric motor. There was no counterweight to the machine. The motor was connected to a 40-to-1 reducing gearbox that turned two cable drums. On the motor was an electric brake that kept the brake on until released by an electric current. This was a safety feature that immediately applied the brake if the power failed. There were two mechanical brakes on the lifting platform, one on each running rail. Each brake was a small elliptical wheel connected by a lever to the lifting cables. If the cables broke or went slack, the levers dropped the brake wheels against the running rails, stopping the platform. Once applied, the mechanical brakes could only be released by raising the platform, which pulled the brake wheels back to their neutral position. The lift was controlled by pendulum controllers, one on each floor. The vertical lift conveyor had a load rating of 6,000 pounds and was powered by a 220 volt, three phase electrical system.

The company bought the vertical lift conveyor new in 1991 and installed the machine themselves. To meet safety codes, the electrical system was installed by a licensed electrician. The ground floor lift area was surrounded by a wire cage equipped with a safety interlocked sliding door. After using the machine the company soon found that the mechanical brakes often locked up if the platform was loaded unevenly. This caused the lift platform to stop. With the lift platform stalled, the motor continued to feed out cable into the machine until a worker hit the stop button. A worker then had to enter the machine’s frame and manually guide the cables back onto the cable drum before the lift could be used again. The company also had to replace the pinion bearings occasionally and kept a spare set in stock. The owner stated that they had replaced the bearings about six times.

The incident occurred on a rainy Wednesday afternoon. The victim arrived at 7:00 a.m. to run a forklift truck, expecting a shipment of several truckloads of cranberries and string beans for freezing. The vertical lift conveyor’s pinion bearings had recently been replaced and the lift was working properly during the morning. At about 2:30 p.m., the lift jammed when the mechanical brakes locked as it was being lowered from the third floor. The company owner and his son (the victim) started to work on the lift with the help of a co-worker. Two workers climbed a ladder into the machine’s frame and manually guided the cables back onto the drums as the owner ran the motor with the pendulum controller. They thought that they had fixed the lift, although the owner stated that he did not hear the loud noise the mechanical brakes make when they disengage. At this point the motor sounded like it was overloaded or straining. The owner and son first pulled a cover to inspect the electric brake, which was attached directly to the motor. This was working, so they decided to pull the motor to inspect the bearings.

Sometime during the operation the crew took a break to warm up and dry their cloths, as the temperature in this part of the refrigerated warehouse was about 14 F and their rain-wet clothing was freezing against the metal parts of the machine. The crew set up a chain hoist (come-along) above the motor and prepared to pull the motor and pinion gear away from the shaft driving the cable drums. The lift platform was still on the third level, supported by the cables held by the motor’s electric brake. At this point the victim asked his father for some paper towels, who left the warehouse to get them. The victim disconnected the motor and pinion assembly with the help of the third worker, who was standing next to him in the lift’s frame. Without the motor’s brake to support the cables, the lift platform began to fall. The platform was slowed by the 40-to-1 reduction gears, which provided enough drag to keep the cables tight enough to prevent the mechanical brakes from setting. The victim moved away from the cables unwinding off the drums beside him, placing his head into the path of the falling platform. He was struck by the platform, which fell a few more feet until the mechanical brakes set when it hit the worker’s ladder. The second worker was not injured but was badly shaken by the incident. The owner returned to find his son critically injured and immediately called the police. The police and EMS arrived within minutes and found the victim without any signs of life. The county medical examiner pronounced him dead at the scene at 5:30 p.m.

Following the incident, the company owner examined the lift and had the cable reels, bearings, and gears inspected by a local factory service agent. This and investigations by OSHA and the machine manufacturer found the following problems:

The county medical examiner determined the cause of death to “multiple lacerations of the brain due to multiple skull fractures due to blunt trauma to head.”

Discussion: In this case, the company did not have a lock-out/tag-out program for maintaining the machines. An effective lock-out/tag-out program requires shutting off and locking out the power at the main breaker or fuse box and locking the box to prevent the switch from being inadvertently turned on. In cases where a machine component can move, the component must be physically blocked to prevent movement. Further information on lockout/tagout is included in the OSHA publication, Control of Hazardous Energy (Lockout/Tagout). It should be noted that lockout/tagout is required under the federal OSHA standard 29 CFR 1910.147(c).

Recommendation #2: Employers should ensure that machines are properly maintained as per manufacturer’s guidelines.

Discussion: A number of maintenance factors contributed to this fatality, some of which were not detected until after the incident. To prevent future incidents, machine owners should request and follow a regular maintenance schedule from the manufacturer. When problems arise that cannot be corrected or are recurring, a factory-authorized service agent should be called to correct the problem. FACE also recommends periodic inspections to ensure that all machine components and safety devices are in working order.

Discussion: To prevent incidents such as this, we recommend that employers conduct a job hazard analysis of all work areas and job tasks with the employees. A job hazard analysis should begin by reviewing the work activities that the employee is responsible for and the equipment needed. Each task is further examined for fall, electrical, chemical, or any other hazard the worker may encounter. The results of the analysis can be used to design or modify a written safety program. If employers are unable to do a proper job hazard analysis, they should consider hiring a qualified safety consultant to complete it.

Discussion: It is extremely important that small business owners obtain accurate information on working safely and adhering to all OSHA standards. The following sources of information may be helpful:

On request, OSHA will provide information on safety and health standards. OSHA has several offices in New Jersey that cover the following areas:

Located in the NJ Department of Labor, this program provides free advice to private businesses on improving safety and health in the workplace and complying with OSHA standards. For information regarding a safety consultation, call (609) 292-0404, for a health consultation call (609) 984-0785. Requests may also be faxed to (609) 292-4409.

The NJ Safety Council provides a variety of courses on work-related safety. There is a charge for the seminars. Their address and telephone number is: NJ State Safety Council, 6 Commerce Drive, Cranford, NJ 07016. Telephone (908) 272-7712

Information and publications on safety and health standards can be easily obtained over the internet. Some useful sites include:

www.osha.govexternal icon -The US Department of Labor OSHA website. 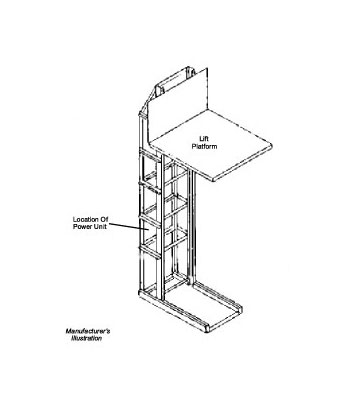