Maintenance Contractor Dies After Falling From A Ladder

On July 7, 1997, a 79 year-old self-employed maintenance contractor was killed after falling about six feet from a step ladder while preparing to work on an overhead fluorescent light fixture. The incident occurred in the welding shop of a company that imported and distributed heavy machinery. The victim was a former employee of the company who had retired 11 years earlier but was occasionally hired as an independent contractor to do light electrical and maintenance work. On this day, the victim had climbed a 7½ foot wooden stepladder and had removed a ceiling panel next to the light fixture on which he planned to work. A company worker who was grinding nearby saw the victim falling from the ladder and strike the concrete floor. He suffered multiple internal injuries and died later that day. NJ FACE investigators concluded that, to prevent similar incidents in the future, these safety guidelines should be followed:

On July 8, 1997, the NJ FACE staff were notified of a fatal work-related fall by an area OSHA office safety supervisor. A FACE investigation was conducted on July 14, 1997 after obtaining the permission of the incident site owner. FACE investigators interviewed the president of the company, viewed and photographed the incident site, and interviewed witnesses to the incident. Additional information on the incident was obtained from the police and medical examiner’s reports. Federal OSHA did not investigate this case as the victim was self-employed.

The incident occurred at a company that imported and distributed forklifts and other heavy equipment. The company had been in business since 1975 and employed 49 workers at the time of the incident. The victim was a 79 year-old, self-employed maintenance contractor who had previously worked for the company as a shipping and receiving clerk from 1975 until December 1985 when he retired at age 65. After his retirement, he continued to work for the company as an independent paid contractor doing light electrical and maintenance work. Occasionally the company called him in to do a job, but he often came by on his own to talk and socialize with his friends. He then walked through the plant to find and fix any broken lights, and billed the company for materials and labor. The company president described him as a self-educated electrician but did not know if he was licensed as an electrician.

The incident site was a welding shop in warehouse located in a large industrial park. Manufacturing was not done at the plant; the imported forklifts and other heavy machinery were received preassembled in crates. The plant’s welding shop was a closed room in the rear corner of the warehouse. The room was approximately 35′ by 25′ and had a ceiling that sloped up towards a central exhaust fan. The main entrance to the shop was through a large steel bay door. Directly above the bay door were two 277 volt overhead fluorescent light fixtures mounted in the dropped ceiling tiles. Two days prior the incident, the victim had performed a walkthough of the shop and saw that the lights were flickering. He diagnosed the problem as defective flourescent light fixture ends, the connectors where the bulbs snap in and make electrical contact. He ordered a new set of fixture ends and went about his other chores.

The incident occurred on the victim’s third day of work. He arrived at around 7:00 a.m. and worked in the parts department throughout the morning. After taking a lunch break from about 12:30 to 1:15 p.m., he went to work on the welding room lights. Bringing a 7½ foot wooden stepladder into the shop, he set the ladder into the small corner formed where the closed bay door met the wall. Leaving his tools on a nearby table, he climbed the ladder and removed a ceiling tile next to the light fixture. Another worker was a few feet away, grinding metal on another table, and the central ceiling exhaust fan added to the noise. The worker was wearing his ear plugs and had his back toward the victim when he looked around and saw the victim falling head first to the floor. The victim landed about five feet to the side of the ladder, striking his head and shoulder on the floor. The worker immediately went to him and told him to stay still. The victim was conscious and wanted to get up, but was going into shock. Another worker called 911 for help, but it took about 25 minutes for an ambulance to respond due to prior ambulance calls. A company employee who was an EMT watched over the victim who was going in and out of consciousness. When the ambulance arrived, he was transported to a trauma center in a neighboring state, but went into cardiac arrest en route. He was pronounced dead at the trauma center at 2:43 p.m.

It is not known what caused the victim to fall from the ladder. The 277 volt light fixture was energized, suggesting the possibility of an electric shock. An examination of the fixture by the company service manager did not find any wires disconnected. One worker stated that the victim usually took the lights off line by disconnecting the power cable, which he may have been looking for since he was moving the ceiling tile and had not yet used any tools. It was also noted that the ladder wobbled slightly.

The county medical examiner found the cause of death to be due to “multiple blunt traumatic injuries to head, chest, and abdomen.”

Recommendation #1: Contractors should always work from a stable work platform.

Discussion: It is not known why the victim fell from the ladder, although the slight instability of the ladder may have been a factor in this incident. To prevent future incidents, contractors should ensure that all ladders and other work platforms are stable before using them. Companies that loan equipment to contractors should ensure that all ladders and work platforms conform to OSHA standards (see recommendation #3).

Recommendation #2: Contractors should have an electrical lock-out/tag-out procedure that includes deenergizing and testing electrical circuits before working on them.

Discussion: There is no direct evidence that an electrical shock contributed to this incident, however, the victim may have been preparing to work on an energized circuit. It was noted that neither the contractor nor the site owner had an electrical lock-out/tag-out procedure. To prevent electrical hazards, FACE recommends that an effective electrical lock-out, tag-out procedure be implemented which includes deenergizing and locking out all circuits at the breaker box. The circuits should then be tested to verify that they are deenergized. This may be done with a voltage detector (such as a tic-tracer) which senses a circuit’s electric field without making direct contact with the wires. The locking and tagging of electrical controls are required by the OSHA standard 29 CFR 1910.333.

Discussion: It is extremely important that contractors obtain accurate information on working safely and adhering to all OSHA standards. The following sources of information may be helpful:

On request, OSHA will provide information on safety standards and requirements for fall protection. OSHA has several offices in New Jersey that cover the following areas:

Information on OSHA standards can also be easily obtained over the internet at the US Department of Labor’s OSHA website https://www.osha.gov/external icon.

This organization, located in the New Jersey Department of Labor, will provide free advice for business owners on methods of improving health and safety in the workplace and complying with OSHA standards. The telephone number is (609) 292-3922.

The NJ Safety Council provides a variety of courses on work-related safety. There is a charge for the seminars. The address and telephone number is: NJ State Safety Council, 6 Commerce Drive, Cranford, New Jersey 07016. Telephone (908) 272-7712 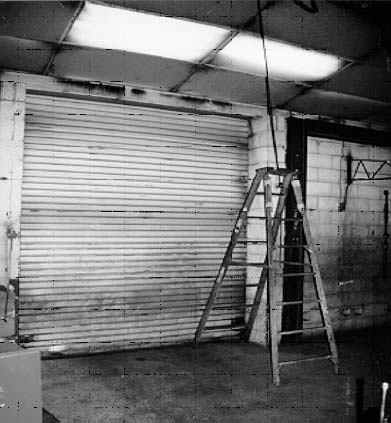