Machine Operator Dies After Being Crushed by 9,700-Pound Coil Cart-Pennsylvania

A 24-year-old male machine operator (the victim) died after a coil cart he was repairing fell on top of him. The victim was working with another worker on a machine designed to press coils of steel into flat sheets, when the coil cart used to bring steel coils to the press failed to operate. The victim discovered that the chain had come off the chain-and-sprocket assembly under the cart. He used a forklift to lift the coil cart approximately 1 foot from the floor, and with the coil cart suspended on the forks, crawled under the coil cart to re-install the chain. The coil cart slipped off the forks of the forklift and crushed the victim. A co-worker, who had been holding a flashlight for the victim, saw the coil cart fall and tried to pull the victim out from under the cart but was unable to move him. The cart fell directly on the victim’s upper body. Workers in the area called an ambulance and the shift leader. They used an overhead crane to lift the coil cart from the victim. County emergency medical services and city police responded and assessed the victim. Paramedics determined that the injuries had been immediately fatal and pronounced the victim dead at the scene. NIOSH investigators concluded that, to prevent similar occurrences, employers should:

On July 8, 1998, a 24-year-old male machine operator (the victim) died after a coil cart on which he was re-installing a chain, fell on top of him. On July 9, 1998, the Office of the Allegheny County Coroner in Pennsylvania notified the Division of Safety Research (DSR) of the fatality, and requested technical assistance. On July 14, 1998, a DSR Safety and Occupational Health Specialist traveled to the incident site and conducted an investigation. The incident was reviewed with the OSHA compliance officer assigned to the case, the vice president and the safety director of the company, and the county coroner. Photographs were taken during the course of the investigation.

The employer was a steel distributor that had been in operation for approximately 20 years and employed 66 workers. The company had a written safety policy and manual that included basic policies for safety management, employment procedures, lockout/tagout, evacuation, securing full-weight coils, personal protective equipment, and a policy which prohibited passengers from riding on forklifts. The company had a safety committee which met monthly and posted safety notices after each meeting. A full-time safety director was hired in 1994. Safety meetings for employees were not offered on a regular or consistent basis. Workers were trained “on-the-job” by workers who had previously performed the job. The victim had received on-the-job training for operation of the machine he was operating, classroom training in lockout/tagout procedures, and use of personal protective equipment. He completed an 8-hour training session on forklift operation approximately 3 weeks before the incident. The victim had worked for the employer for 2 years. This was the first fatality in the company’s history.

The employer in this incident was a steel distribution company. The plant had two operating lines where steel coils were processed into flat sheets. Company personnel referred to the line which had been in operation for approximately 20 years, as the old line. The second line had been in operation for approximately 6 years and was referred to as the new line. Each line operated somewhat differently.

On the old line, a forklift was used to lift and feed coiled rolls of steel into a stationary machine called a leveler. The leveler then pressed the steel into flat sheets. The flat sheets moved along a conveyor to a shear machine where the pieces were cut to size according to customer orders. The new line (where the incident occurred) operated at a higher speed than the old line. A forklift was used to lift the coils onto a coil cart (Figure 1). The coil cart then moved coils on a track toward the leveler (Figure 2). The coil cart fed the coils into cone-shaped rollers which grabbed the coils and fed them into the leveler. The coils were then pressed flat and cut into sheets. The coil cart was supplied with 480 volts of electricity which powered a chain-and-sprocket assembly located under the cart which moved the coil cart on tracks. Both lines operated 24 hours a day. The plant ran three 8-hours shifts which began at 6:30 a.m., 2:30 p.m., and at 10:30 p.m. The incident occurred during the 2:30 to 10:30 p.m. shift.

While his co-worker held a flashlight, the victim positioned himself under the 9,700-pound coil cart to replace the master-link clip and complete the chain repair. The co-worker heard a sound and saw the cart falling. He tried to pull the victim out from under the cart but was not successful and the cart fell on top of the victim, crushing his head and chest. Workers in the area located the shift leader and called an ambulance. They used an overhead crane to lift the coil cart off the victim. After they raised the cart off the victim, they placed blocks under the cart, placed oxygen on the victim and waited for emergency medical services (EMS). The county EMS and city police arrived within 8 minutes of the call (8:48 p.m.) and paramedics pronounced the victim dead at the scene at 9:10 p.m.

A copy of the manufacturer’s manual for the coil-processing equipment was available onsite but it did not contain specific procedures for repairing/re-installing the chain.

According to co-workers, metal bands cut from coils frequently fall into the tracks of the coil cart, along with debris from the rolls, and can get caught in the chain-and-sprocket assembly or caught in the tracks, interfering with the movement of the cart along the tracks.

The coroner listed the cause of death as blunt force trauma of head and torso.

Recommendation #1: Employers should ensure that control of hazardous energy (lockout/tagout) procedures are reviewed, revised where applicable, implemented, and enforced.

Discussion: Employers should develop comprehensive policies and procedures that ensure control of hazardous energy that comply with OSHA standards. OSHA standard 29 CFR 1910.147, Control of Hazardous Energy, went into effect on January 2, 1990, to help safeguard employees from hazardous energy while performing service or maintenance on machines or equipment. The standard identifies (1) the practices and procedures necessary to shut down and lock out or tag out machines and equipment; (2) requires that employees receive training in their role in the lockout/tagout program; and (3) mandates that periodic inspection be conducted to maintain or enhance the program. The standard applies to general industry employment and covers the servicing and maintenance of machines and equipment in which the unexpected start-up or the release of stored energy could cause injury to employees.

Subsequent to the incident, the employer drafted a lockout/tagout procedure/checklist for energy source determination and control that is to be used prior to repairing and re-installing the coil cart chain. The draft remains under review. NIOSH investigators recommend that these procedures be reviewed with OSHA and the manufacturer of the coil cart prior to their implementation.

Recommendation #2: Employers should ensure that machines/equipment are used for the purpose they were intended for.

Discussion: In this incident the victim used a forklift to lift a 9,700-lb. coil cart, which eventually slipped off the forks and killed the victim, who had crawled under the coil cart to repair a chain. Although forklifts are designed to lift specific items, they are not intended to be used to lift and support other equipment for repair work. At no time should workers be allowed to work under raised loads.

Recommendation #3: Employers should ensure that good housekeeping is practiced throughout the facility on a regular basis.

Discussion: When debris is allowed to accumulate in work areas, hazards are created. In this instance, employees who were interviewed indicated that debris from the coils and sharp metal bands were allowed to accumulate around the coil cart and may have contributed to the coil cart chain problems. This occurred despite a company policy that directed employees to remove metal banding and debris after each shift. The company policy should be enforced and all debris should be picked up and placed in containers. Any banding or debris that falls on the tracks should be removed immediately.

Recommendation #4: Employers should ensure that a competent person is available on all shifts to identify and correct hazardous situations.

Discussion: Although the OSHA requirement for having a competent person available at the worksite was written specifically for construction CFR 1926.32(f), this level of safety oversight should be available in all industries whenever work is performed. The competent person should make regular and frequent inspections of the worksite to identify hazards and should be available to assist production employees when machines and/or processes break down. Regular safety inspections of all tasks by a competent person will help ensure that established company safety procedures are being followed. Additionally, scheduled and unscheduled safety inspections of the tasks performed at the facility clearly demonstrates that the employer is committed to the safety program and to the prevention of occupational injury. 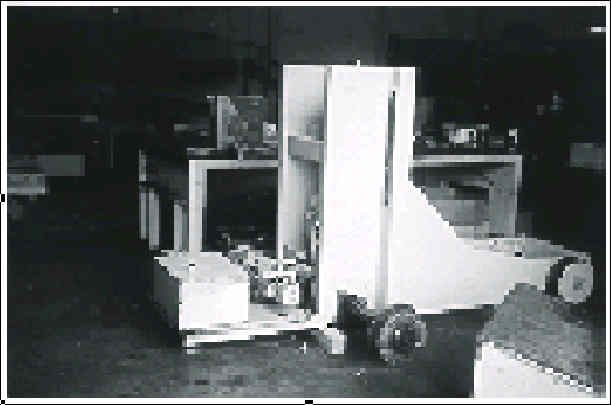 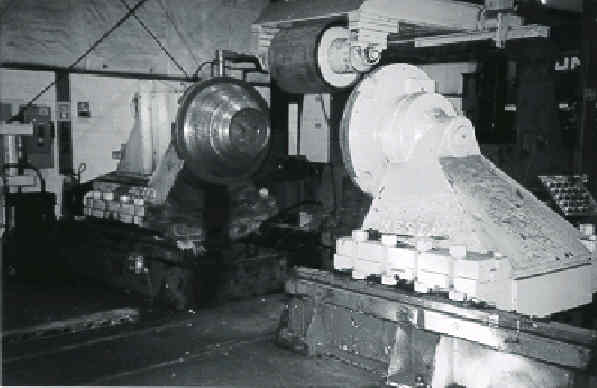 Figure 2. Chain-and-sprocket are located under the machine