Working in the Cold

Depending on where you reside and work this season, Old Man Winter might be knocking on your door, bringing you snow, ice, and chilling temperatures. For those in warmer areas of the country, it may be difficult to imagine some winter weather extremes. For instance, according to the NOAA National Climate Extremes Committee, the existing record for lowest temperature in the United States was -80°F (-62.2°C) in Prospect Creek, Alaska, in 1971. Luckily, most workers will not encounter conditions quite so extreme.

Workers exposed to extreme cold or who work in cold environments may be at risk for cold-related illnesses and injuries. Susceptible workers, such as those working without shelter, outdoors, or in an area that is poorly insulated or without heat, may be put into a dangerous situation when cold weather prevails. What constitutes cold stress and its effects can vary across different areas of the country. In regions relatively unaccustomed to winter weather, even near freezing temperatures can put unaccustomed workers at risk.

Whenever temperatures drop decidedly below normal and as wind speed increases, heat can more rapidly leave the body. If workers are unable to keep warm, these cold conditions may lead to serious health problems, such as chilblains, trench foot, frostbite, and hypothermia. Hypothermia in particular, can be deadly. If a worker experiences an abnormally low body temperature, the brain is affected, making it difficult or impossible to think clearly or move well. This makes hypothermia particularly dangerous because a person may not know it is occurring and may be unable to take actions to warm themselves or seek medical care.

There are a few recommendations that employers can follow to protect workers from cold stress:

NIOSH also just kicked off our annual #WorkingInCold messaging on the NIOSH social media accounts. Follow along all winter for tips, tools, and resources to keep you, your employees, your coworkers, and loved ones safe while working in cold. Join the conversation using #WorkingInCold. If you don’t already, be sure to like us on Facebook and follow us on Twitter and Instagram.

In This Issue
Highlights
Monthly Features

New Compendium Highlights Development of Clinical Decision Support to Enhance Worker Health
A new compilation of articles published in the November issue of the Journal of Occupational and Environmental Medicine, describes a NIOSH-led effort to develop and evaluate clinical decision support tools for electronic health records designed to assist primary care clinicians’ with care of their working patients. This is the first effort to systematically develop and assess the practicality and usefulness of providing clinical decision support linked to work through health information systems in the primary care setting. Learn more. 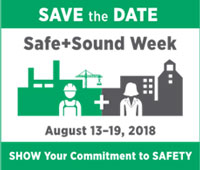 The second annual Safe + Sound Week will be held August 13–19. The event is a nationwide effort to raise awareness of the value of workplace safety and health programs. These programs can help employers and workers identify and manage workplace hazards before they cause injury or illness, improving a company’s financial bottom line. Throughout this week, organizations are encouraged to host events and activities that showcase the core elements of an effective safety and health program, including management leadership, worker participation, and finding and fixing workplace hazards. For more information and to sign up for email updates, visit the Safe + Sound Week webpageexternal icon. NIOSH is one of the many cosponsors of this event.

New RAND Report Assesses NIOSH Work
RAND recently published a set of three case studiesexternal icon assessing the impact of NIOSH research and services on worker health and safety practices and outcomes, including initial estimates of the economic benefit associated with those impacts. The report also provides an analytical framework that may be used for similar case studies in the future. 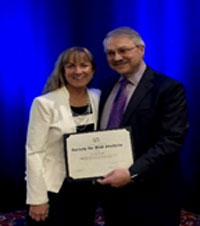 NIOSH Chief of Staff Honored by Society for Risk Analysis
NIOSH Chief of Staff, Frank Hearl, recently was one of three individuals selected by the Society for Risk Analysis (SRA) for the SRA Fellows class of 2017. Fellows were selected for their substantial achievements in science or public policy relating to risk analysis and substantial service to the society. SRA is an international society that provides an open forum for all those interested in risk analysis. Learn moreexternal icon.

If you have any questions, contact the NORA coordinator.

Respiratory Health Council Update
The NORA Respiratory Health Cross-sector Council (RHCC) conducted an online meeting on Friday, December 15, for members. Council members discussed potential topics for implementation activities. The Council is at the stage of exploring different options prior to committing to a longer-term project. Visit the RHCC website or contact the NORA coordinator to learn more or to join the council.

News From Our Partners

New Infographic for NJ Fishermen on Dangers of Old Bombs in the Ocean
A new infographic on dangers in dredging old bombs from the New Jersey ocean floor was recently developed by the New Jersey Department of Health (NJDOH), Occupational Health Surveillance Unit, and the NJDOH, Food and Drug Safety Program. The infographic was developed in response to a 2016 incident where a New Jersey clam fisherman inadvertently dredged up old munitions from the seafloor off the coast of New Jersey. Per reports, a munition appeared on the conveyor belt during clam processing shipboard and was recognized as a “bomb” by a crew member who then threw it back into the water. The fisherman later developed painful blistering on the right lower and upper arms. The infographic was distributed to NJ shellfish dealers and harvesters and is available onlineexternal icon.

Fire Fighter Falls through Floor and Dies at Residential Structure Fire—Ohio
A career fire fighter died due to thermal injuries and smoke inhalation with severe pulmonary edema at a residential structure fire. As the fire fighter crawled into the structure, following a hoseline, the floor collapsed and he fell into the basement. The fire fighter was pronounced dead at the hospital.

DRAFT—National Occupational Research Agenda for Transportation, Warehousing and Utilities
The noticeexternal icon was posted on December 1, 2017. Electronic or written comments must be received by January 30.

Workplace Violence Prevention Programs in NJ Healthcare Facilities
The noticeexternal icon was posted on November 22, 2017. Comments must be received by January 22.

Solicitation of Nominations for Appointment to the World Trade Center Health Program Scientific/Technical Advisory Committee (STAC)
The noticeexternal icon was posted on November 7, 2017. Nominations for membership must be received by January 26.

DRAFT—National Occupational Research Agenda for Traumatic Injury Prevention
The noticeexternal icon was posted on December 7, 2017. Comments must be received by February 5.

A Performance Test Protocol for Closed System Transfer Devices Used During Pharmacy Compounding and Administration of Hazardous Drugs; Extension of Comment Period
The noticeexternal icon was posted on July 26, 2017. The comment period was extended to February 28.

World Trade Center Health Program; Request for Nominations of Scientific Peer Reviewers of Proposed Additions to the List of WTC-related Health Conditions
The noticeexternal icon was posted on March 22, 2017. Nominations must be postmarked or submitted electronically by February 1, 2019.

19th Conference of the International Society for Respiratory Protectionexternal icon
Deadline for papers and posters submission is March 15.