Hearing loss induced by loud noise on the job is a serious problem. Whether measured in human or economic terms, the costs to workers, their families, employers, and our economy in general are immense. Because the risk is so pervasive across different industry sectors, no one agency, business, or organization can single-handedly eradicate the problem. At NIOSH, we work with corporations, universities, health departments, unions, and other government entities to set our research agenda, to execute our mission, and to effect positive change for American workers. Traditional channels of government policy, private sector initiative, and worker education continue to serve valuable purposes in preventing occupational hearing loss. However, more and more in this era of 21st century entrepreneurship, we and our stakeholders also see opportunities to devise creative new approaches that build on and broaden existing solutions.

As one example of partnership, NIOSH recently joined with the Occupational Safety and Health Administration (OSHA) and the Mine Safety and Health Administration to explore a less conventional method for seeking solutions to hearing loss on the job. In August, the three agencies issued the “Hear and Now” Noise Safety Challenge. The contest invited inventors and entrepreneurs to design new technologies to reduce work-induced hearing loss. The top 10 submissions were selected and these finalists were invited to pitch their ideas to a panel of judges at an event held in Washington, DC, on October 27, 2016.

At the event, each of the entrepreneurs had 5 minutes to describe their interventions and business plans and 10 minutes to answer questions from the judges. The products presented included innovations in hearing protection devices, sensors and wearables built for the Internet of Things (IoT), mobile noise measurement tools, and Software as a Service (SaaS) providing hearing loss measurement and analysis. These products and services demonstrated the creativity and innovation of the entrepreneurial community. From the 10 finalists who presented, the judges selected 3 winners. The selections are posted on the Noise Safety Challenge web pageexternal icon hosted by the U.S. Department of Labor. NIOSH will review the results of the challenge, and the process of the competition itself, as part of our emphasis on moving innovative ideas into effective practice in the workplace. Mention of specific companies, products, and individuals on the Noise Safety Challenge web page does not constitute a NIOSH commercial endorsement.

Stakeholder partnerships have proven to be especially useful in translating NIOSH research into outcomes in the form of new interventions in the workplace. The “Hear and Now” Noise Safety Challenge provided an opportunity to work with new partners in a novel way. We would like to thank OSHA’s Office of Science and Technology Assessment, which coordinated the event, the judges and coaches who volunteered their time and expertise, and especially all those who responded to the challenge. Entrepreneurs are an essential part of the occupational safety ecosystem. I invite you to think of ways in which we can engage the entrepreneurial spirit to solve other occupational safety and health challenges.

NIOSH has released formal recommendations for controlling workplace exposures to diacetyl and 2,3-pentandione, widely used food flavoring compounds that have been associated with decreased lung function in exposed workers. The recommended exposure limits (RELs) were published recently in the NIOSH Criteria for a Recommended Standard: Occupational Exposure to Diacetyl and 2,3-Pentanedione.

A new portable thermal precipitator particle sampler will soon be put into use by astronauts to help measure and improve air quality on the International Space Station. The sampler was developedby Prof. John Volckens and colleagues at Colorado State University (CSU), withfunding from NIOSH, and designed collaborativelyby CSU and Pittsburgh’s RJ Lee Groupexternal icon, Additional information can be found on the CSU websiteexternal icon and in the NIOSH section of the federal agency websiteexternal icon about SBIR funding opportunities. Mention of any company or product does not constitute endorsement by NIOSH.

A new NIOSH web page provides information on how NIOSH uses CDC population-based health surveys, such as the National Health Interview Survey and the Behavioral Risk Factor Surveillance System (BRFSS), to collect and analyze public health data to improve worker health. The web page also contains previously unpublished summary tables that present the prevalences of selected health behaviors, health outcomes, and access to care by industry and occupation group. BRFSS is the world’s largest health-related survey, which all 50 states, 3 territories, and the District of Columbia use to collect data from more than 400,000 U.S. adults about their health-related risk behaviors, chronic health conditions, and use of preventive services.

The NIOSH Center for Motor Vehicle Safety is observing Drowsy Driving Prevention Week, hosted by the National Sleep Foundation. The campaign is designed to reduce the number of fatigue-related crashes and to save lives. Follow @NIOSH_MVSafety for #Awake2Drive tips throughout the week, and catch up on the Center’s sleep-focused issue of Behind the Wheel at Work.

The Washington Post recently had a feature storyexternal icon about hazards to young people working in tobacco cultivation and harvesting. The article quoted statistics from NIOSH on the number of youth working on farms who were injured on the job. 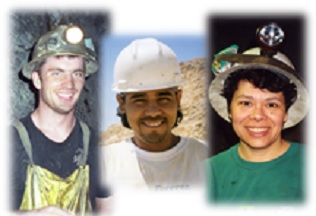 Did you know that December 6 is National Miner’s Day? This is a day set aside to reflect on mine workers and the difficult and often dangerous job they do. It is both a day to honor miners and to reflect on just how far the industry has come. On December 6, 1907, 362 West Virginia coal miners lost their lives in the worst mining disaster in American history. Not long after, Congress created the Bureau of Mines, the precursor to the NIOSH Mining Program, to research how to make miners’ jobs safer. Whether at surface mining operations or deep underground, miners face unique challenges in their work environments including noise, lighting, dust, uneven walking surfaces, shifting geology, large pieces of moving equipment, and awkward working postures. NIOSH Mining continues to contribute important health and safety improvements to this industry and recognizes there is more work to be done.

Study Finds Widespread Use of Scavenging Systems to Control Waste Anesthetic Gases During Medical Procedures, but Other Recommended Controls Lacking

A new article from NIOSH found that scavenging systems—equipment used to prevent waste anesthetic gases from escaping into the operating room—are widely used, but other recommended practices to minimize exposure are not always followed. This study was published in the October 2016 issue of the Journal of Occupational and Environmental Hygiene and is currently available online. Learn more.

NIOSH recently released its 2016 list of hazardous drugs in healthcare settings, updating the list to include 34 added drugs. Healthcare workers and support staff who prepare or give hazardous drugs, such as those used for cancer therapy, to patients may face individual health risks when exposed to these drugs. Learn more.

Update on Engineering Controls for Nanotechnology

A group of NIOSH researchers provided an update on engineering controls for nanotechnology at a recent NIOSH Board of Scientific Counselors meeting.

NIOSH had three articles in the October 14 issue of the CDC Morbidity and Mortality Weekly Report (MMWR) Report:

In October NIOSH celebrated the twenty years anniversary since its new facility was dedicated at our NIOSH Morgantown, West Virginia campus. The new facility provided new opportunities for research in a newly created Health Effects Laboratory Division (HELD) as well as expanding research in the existing Morgantown Divisions. Learn more.

NIOSH Alumni in the News

Historic Tractor Safety Rebate Program Celebrates 10th Anniversary
On October 25, the New York Rollover Protection System (ROPS) Rebate Programexternal icon announced its 10th anniversary. “Perhaps most impactful is that there are at least 16 people who are alive today because of this program,” said Julie Sorensen, PhD, director of the Northeast Center for Occupational Health and Safety, which started the first ROPS rebate program in New York in 2006 and administers similar programs in six other states. The Northeast Centerexternal icon is one of the NIOSH-funded Centers for Agricultural Disease and Injury Research, Education, and Prevention.

New Agreement Between NIOSH and Allied Foam Tech
Recently, NIOSH and Allied Foam Tech signed a collaborative agreement to create a foamed rock dust that can be applied wet to reduce the amount of respirable dust generated and will dry to a consistency that is highly dispersible. This agreement effort seeks to develop a foamed rock dust product whose matrix remains stable when wet and dried, yet whose particles will be easily dispersed in the event of a coal mine explosion. For more information please contact Connor Brown at CBrown@cdc.gov or (412) 386-6470. Mention of any company or product does not constitute endorsement by NIOSH.

Municipal Crossing Guard Fatally Injured When Struck by a Motor Vehicle—Massachusetts
A 76-year-old municipal crossing guard was fatally injured when she was struck by a sport utility vehicle while working at an unsignalized pedestrian crosswalk. The guard was transported to a hospital and died later that day.

High School Student Sustains a Partial Fingertip Amputation While Using a Jointer in Wood Shop—Massachusetts
A ninth-grade student in shop class partially amputated a fingertip. The student was operating a wood jointer when the student’s finger came in contact with the jointer’s cutting head. The student was transported to a hospital where the partially amputated fingertip was reattached.

Career Fire Captain Drowns After Stepping Into Flooded Storm Drain During Floodwater Rescue—Oklahoma
A career captain was dispatched to rescue civilians trapped in their residences by rising floodwater. On scene, while walking to meet the incident commander, the captain stepped into a flooded storm water catch basin. The captain was pulled into an underground storm drain and drowned.

Lieutenant Suffers Cardiac Death at Apartment Fire—District of Columbia
A career lieutenant was dispatched to a fire at an apartment building. His engine company was assigned fire suppression duties. After the fire was under control, the lieutenant and his crew exited the building and moments later he collapsed. The lieutenant was transported to a hospital where he died.

Fire Fighter Suffers Cardiac Event Following Residential Fire—New York
A career fire fighter began his 24-hour work shift when he and his crew were dispatched to a residential fire. On scene, the fire fighter assisted, and as he was taking his gear to the apparatus, he experienced shoulder pain and was transported the hospital. At the hospital, he suffered a cardiac arrest and died the following day.

Safety Officer/Instructor Suffers Sudden Death After Training—Montana
A volunteer safety officer/instructor conducted 2 hours of apparatus equipment training for members of his fire department. In the evening after returning home, he fell asleep, and the following morning he was found unresponsive and pronounced dead.

A Performance Test Protocol for Closed System Transfer Devices Used During Pharmacy Compounding and Administration of Hazardous Drugs
The noticeexternal icon was posted on September 15. The public meeting will be held on November 7, 2016, 9:00 a.m.–3:00 p.m. EST, or until after the last public commenter has spoken, whichever occurs first. Electronic or written comments must be received by December 7.

Evaluation of Effectiveness of NIOSH Publications (OMB Control No. 0920-0544, Expired 4/30/2010)—Reinstatement with Change
The noticeexternal icon was posted on September 19. Written comments must be received on or before November 18.

World Trade Center Health Program Enrollment, Treatment, Appeals & Reimbursement —Revision
The noticeexternal icon was posted on October 24. Written comments must be received on or before December 23.

Request for Nominations of Candidates to Serve on the World Trade Center Health Program Scientific/Technical Advisory Committee (the STAC or the Committee)
The noticeexternal icon was posted on October 25. Nominations must be submitted (postmarked or electronically received) by December 15.

Mine Safety and Health Research Advisory Committee Meeting
The noticeexternal icon was posted on October 25. Meeting date and time 8:00 a.m.–12:30 p.m. (PST), November 14. If you wish to attend in person, or by phone or webinar, please contact Marie Chovance by e-mail MChovance@cdc.gov or by phone (412) 386-5302 at least 5 days in advance. Space is limited.