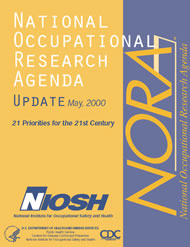 A report on the first four years after the implementation of NORA. The successes of the program include: