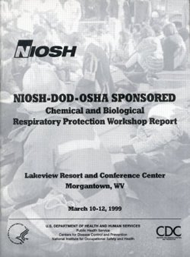 In May 1998, President Clinton issued Presidential Decision Directive 62 (PDDS62), “Combating Terrorism” and made the fight against terrorism a national domestic security issue. This Directive creates a new and more systematic approach to achieve the President’s goal of ensuring that we meet the threat of terrorism in the 21st century with the same rigor that we have met military threats in this century. PDDS62 establishes the Office of the National Coordinator for Security, Infrastructure Protection, and Counter-Terrorism. The National Coordinator will oversee the broad variety of relevant policies and programs including such areas as counter-terrorism, protection of critical infrastructure, preparedness, and consequence management for weapons of mass destruction. NIOSH, DOD, and OSHA organized this workshop to bring together partners to coordinate activities in support of this Directive.