The Western States Division (WSD) consists of NIOSH staff working at three offices located in the Western US to address a wide variety of occupational safety and health (OSH) issues and help establish and maintain OSH capacity. The offices are in Spokane, WA, Denver, CO and Anchorage, AK.

The Western US is experiencing rapid population growth and encompasses a broad range of working environments with a variety of workplace safety and health issues, including consistently high work-related fatality rates in some states. Workers in the Western states may face hazards and issues unique to their environment, including climate extremes, working at altitude, long distance commutes, remote locations and wildland forest fires.

The Division employs the public health intervention model for its research programs that includes robust collection and analysis of data, close collaboration with external partners to gain insight into the data, prioritization of prevention efforts for maximum impact, and development of tailored interventions designed to specifically to address the issues identified. These interventions adhere to the NIOSH research to practice philosophy that emphasizes quality, partnership, relevance, and impact.

Commercial Fishing Safety –
Commercial fishing is one of the most hazardous occupations in the United States with a fatality rate of 81 deaths per 100,000 full-time equivalent workers in 2014 (compared to 3.4/100,000 on average in the US). WSD helped reduce the commercial fishing death rate in Alaska by 42% during 1990-2009. This program focuses on epidemiologic research, engineering interventions, policy engagement, and health communication initiatives. The program expanded its scope in 2007 to include all regions of the US in order to promote the same impact on other parts of the country as it had in Alaska. Major achievements include development of an E-stop for deck winches to reduce entanglement injuries, creation of a Hatch and Door Monitoring System to prevent vessel flooding, and influencing Coast Guard and fishing fleet policy changes based on epidemiologic research to address fleet-specific hazards. Current research includes development of winch guards for shrimp boats in the Gulf of Mexico, analysis of non-fatal injuries to commercial fishermen in Alaska and on the West Coast, and ongoing regional analysis of fatalities among commercial fishermen around the United States.
Website: https://www.cdc.gov/niosh/topics/fishing

Aviation Safety –
Long term collaboration with external government and industry partners has reduced air taxi and commuter fatal crashes in Alaska by 53% since the 1990s and reduced controlled flight into terrain (CFIT) fatalities from 7 per year from 1990-1999 to 3 per year from 2000-2009. WSD is currently developing tools to help prevent fatigue in commercial pilots and aviation maintenance workers in Alaska.
Website: https://www.cdc.gov/niosh/topics/aviation/

American Indian, Alaska Native (AIAN) Populations –
American Indians and Alaska Natives are an understudied population, especially when it comes to workplace safety and health. Between 2003 and 2010, there were 292 AIAN workers killed on the job, an average of 37 fatalities per year. In 2013, NIOSH launched an American Indian, Alaska Native Initiative and NIOSH is now partnering with federal agencies, tribes and tribal-serving organizations to provide technical assistance, identify research priorities, sources of data for surveillance and research, and opportunities for collaboration. 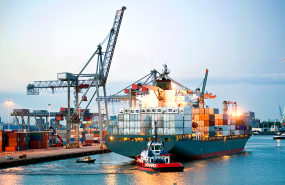 The ocean environment presents many challenges to those who must protect the safety and health of maritime workers. The NIOSH Center for Maritime Safety and Health Studies (CMSHS) promotes safety and health for this high-risk worker population by coordinating research and intervention studies across NIOSH. CMSHS is a “virtual center” managed by the Western States Division, serving as a hub for intramural researchers to work together on various projects. It also serves as a focus for building research partnerships with stakeholders throughout the U.S. and the world.