Office of the Director and Branch Chief Bios 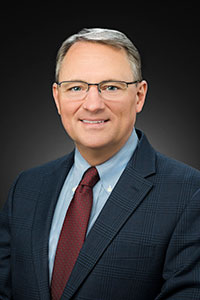 Daniel B. Jernigan, M.D., M.P.H., is the director of the Influenza Division in CDC’s National Center for Immunization and Respiratory Diseases (NCIRD). Prior to his appointment, Dr. Jernigan served as deputy director of the Influenza Division from 2006 to 2014.  As director, he is responsible for oversight and direction of the approximately 320 people working to reduce the domestic and global burden of disease and death due to seasonal, zoonotic and pandemic influenza. Dr. Jernigan also served as an officer in the U.S. Public Health Service. He retired as a Captain in 2019 after 23 years in the Commissioned Corps.

Dr. Jernigan received an undergraduate degree from Duke University, a Doctor of Medicine from Baylor College of Medicine, and a Master of Public Health from the University of Texas. He is board-certified in Internal Medicine and has completed an additional residency in Preventive Medicine.

Dr. Jernigan joined the CDC’s Epidemic Intelligence Service in 1994 and worked in the Respiratory Diseases Branch on the prevention and control of bacterial respiratory pathogens. In 1996, he began serving on assignment from CDC to the Washington State Health Department as a medical epidemiologist and coordinator of national initiatives to improve surveillance for emerging infectious diseases. Dr. Jernigan became the chief of the Epidemiology Section in CDC’s Division of Healthcare Quality Promotion (DHQP) in 2001. In that role, he supervised numerous investigations and initiatives to characterize various hospital-acquired, device-associated, and antimicrobial-resistant pathogen issues. In 2006, Dr. Jernigan joined the Influenza Division as Deputy Director.

Dr. Jernigan has authored more than 100 peer-reviewed articles and book chapters on various emerging infectious diseases topics, and has supervised outbreak investigations of viral, bacterial, and fungal infections associated with emerging and antimicrobial-resistant pathogens. He has led epidemiology and surveillance teams for national and international responses, including the 2001 bioterrorism-related anthrax, the 2002 emergence of West Nile virus, the 2003 SARS epidemic, 2009 H1N1 pandemic influenza, Ebola, and the 2019 COVID-19 pandemic. During the 2009 H1N1 influenza pandemic, Dr. Jernigan served as the CDC lead for all domestic and international epidemiology and laboratory activities for the U.S. government’s response. In 2015, Dr. Jernigan served as the incident manager for the CDC’s global Ebola response and in 2020 served as the incident manager for the CDC’s COVID-19 domestic and global response. 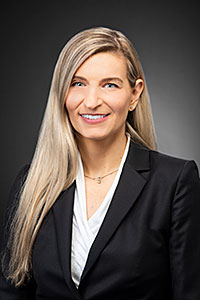 Dr. Dugan earned a B.S. in Biology from Union College, an M.S. in Veterinary Parasitology, and a Ph.D. in Infectious Diseases from the College of Veterinary Medicine, University of Georgia, where she specialized in zoonotic, tick-borne pathogens. She studied avian influenza genomics as an NIH-funded postdoctoral fellow at The Institute for Genomic Research and the Armed Forces Institute of Pathology. Dr. Dugan completed her training on influenza virology and the evolution of pandemic and avian influenza viruses, including the 1918 and 2009 H1N1 pandemic viruses, at the Laboratory of Infectious Diseases, National Institute of Allergy and Infectious Diseases (NIAID), NIH.

Prior to joining CDC in 2016, Dr. Dugan was a program officer in the Office of Genomics and Advanced Technologies, Division of Microbiology and Infectious Diseases, NIAID, NIH. She provided leadership and scientific guidance for extramural research for controlling and preventing infectious diseases. This included functional genomics and systems biology approaches to study antimicrobial resistance, MERS and SARS coronaviruses, influenza viruses, and Ebola and Zika viruses. Dr. Dugan was an assistant professor of viral genomics at the J. Craig Venter Institute from 2010 to 2012, where she focused on influenza and vector-borne viral genomics, viral evolution and synthetic influenza vaccine development. 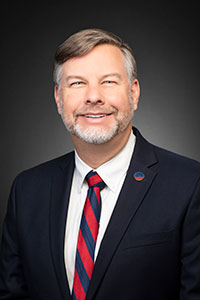 Eric Gogstad, M.Ed., is the associate director for program management for the Influenza Division in CDC’s National Center for Immunization and Respiratory Diseases (NCIRD). Currently, he is responsible for program development, management and operations of the Influenza Division, which focuses on surveillance, research, and laboratory diagnostics in the United States and internationally. Mr. Gogstad has worked at CDC for years in a variety of different areas, including epidemiology and laboratory training, disease detection, emergency preparedness, refugee health, influenza, emerging infections and parasitic diseases. His educational background is in Communications, Human Resources and Organizational Development. Mr. Gogstad earned a B.S. in Administration from California State University, Chico and a Master of Education (M.Ed.) from the University of Georgia.

Mr. Gogstad has worked on global health with a focus on building public health systems and capacity within host governments around the world. Previously, he has been involved with various public and global health programs, including the International Emerging Infections; Field Epidemiology and Laboratory Training; Influenza; Refugee Health; Laboratory Systems; Integrated Human and Animal Health; and Emergency Preparedness and Response.  In addition, Mr. Gogstad has collaborated with multi-lateral organizations, such as the World Health Organization (WHO), and other United States Government agencies, including the Department of State (DOS), United States Agency for International Development (USAID), and the Department of Defense (DOD).

Alicia M. Fry M.D., M.P.H., is the chief of CDC Influenza Division’s Epidemiology and Prevention Branch. Dr. Fry is also a captain in the U.S. Public Health Service. As branch chief, she is responsible for oversight of a large domestic and international program that includes: influenza surveillance; studies of the annual effects of influenza vaccines; disease burden; risk factors for severe disease; forecasting and modeling efforts; vaccine and antiviral guidance and policies; outbreak investigations for seasonal influenza viruses and novel influenza A viruses; capacity building, and pandemic preparedness and response.

Dr. Fry joined the CDC’s Epidemic Intelligence Service in 1999, when she began work in the Respiratory Diseases Branch on the prevention and control of bacterial respiratory pathogens. In 2001, she worked in the International Tuberculosis Activities Branch to improve control of multidrug resistant tuberculosis. In 2002, Dr. Fry joined the outbreak team in the Foodborne and Diarrheal Diseases Branch. In 2004, she became lead of the Respiratory and Enterovirus team, where she characterized the epidemiology of respiratory syncytial viruses, parainfluenza viruses, human rhinoviruses, and human coronaviruses.  She joined the Influenza Division in 2006 and, in 2012, she became the lead of the Influenza Prevention and Control team, where she advanced knowledge of vaccine and antiviral drug effects. In 2017, she became chief of the Epidemiology and Prevention Branch. 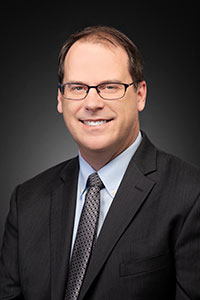 Joseph Bresee, M.D., is Influenza Division’s associate director of global health affairs. Dr. Bresee also serves as director of the Partnership for Influenza Vaccine Introduction, based at the Task Force for Global Health, which seeks to accelerate the use of influenza vaccines in low and middle-income countries through public-private partnerships. He is the director of the Global Funders Consortium for Universal Influenza Vaccine Development, which provides a mechanism for global funders and stakeholders involved in next generation vaccine development to share strategies and lesson to accelerate progress in the field.

Dr. Bresee trained at Baylor College of Medicine in Houston, and then completed his Pediatric Residency at Children’s Hospital and Medical Center at the University of Washington in Seattle. Dr. Bresee joined CDC in 1993 as an Epidemic Intelligence Service (EIS) officer in the Influenza Branch. From 1995 to 2005, Dr. Bresee first served as a staff epidemiologist and medical officer, specializing in viral gastrointestinal infections and respiratory infections. He was chief of CDC Influenza Division’s Epidemiology and Prevention Branch from 2005-2017, overseeing a broad portfolio of global and domestic surveillance, research and policy activities for the Influenza Division. Dr. Bresee served as an officer in the U.S. Public Health Service. He retired as a Captain in 2017, after 24 years in the Commissioned Corps. 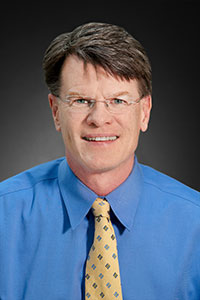 Terrence M. Tumpey, Ph.D., serves as chief of the Immunology and Pathogenesis Branch in CDC’s Influenza Division. The Immunology and Pathogenesis Branch is internationally renowned for research on the pathogenesis, immunity and transmission of seasonal and pandemic influenza viruses — specifically in the area of human infection with novel influenza viruses of animal origin. The branch also provides laboratory support for sero-epidemiological investigations of influenza infections in humans.

Dr. Tumpey earned his Bachelor of Arts degree in biology from the University of Minnesota and his Ph.D. in Microbiology/Immunology from the University of South Alabama School of Medicine in Mobile, Alabama. He was a recipient of the American Society for Microbiology (ASM) Postdoctoral Fellowship award and conducted his postdoctoral training in CDC’s Influenza Branch. He later served the U.S. Department of Agriculture (USDA) as a Microbiologist at the Southeast Poultry Research Laboratory in Athens, Georgia. Dr. Tumpey rejoined the CDC in 2003 and became the team leader of pathogenesis, a position that required him to supervise eight microbiologists.

Dr. Tumpey’s interests lie in elucidating the molecular determinants of virulence and transmission of influenza viruses, including pandemic influenza subtypes. He also contributes to the evaluation of influenza vaccines in a pre-clinical setting. In addition to his role at the CDC, Dr. Tumpey has an adjunct appointment at Atlanta’s Emory University in the Department of Microbiology and Molecular Genetics. His research on pathogenesis and immunity during the last 30 years is documented in over 250 total peer-reviewed publications. In 2006, he was honored with the Lancet Award for the top scientific paper of 2005. He also received the 2006 and 2008 Charles C. Shepard awards for outstanding research papers. In 2007, Dr. Tumpey was inducted into the University of Minnesota, Duluth Academy of Science and Engineering, and he received the distinguished alumni award presented by the University of South Alabama. 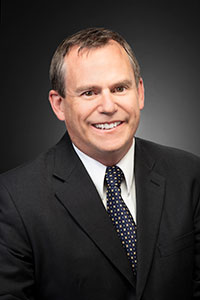 David Wentworth, Ph.D., is the chief of the Virology, Surveillance, and Diagnosis Branch (VSDB) in CDC’s Influenza Division.  Dr. Wentworth also is the director of the Collaborating Centre for Surveillance, Epidemiology and Control of Influenza at CDC, a role he has held since April 2019. He received a B.S. in poultry science, an M.S. in veterinary medicine, and a Ph.D. in virology at the University of Wisconsin-Madison, where he specialized in the study of influenza viruses. He studied coronaviruses as a postdoctoral fellow, and later as an instructor in the Department of Microbiology at the University of Colorado Health Sciences Center in Denver. Dr. Wentworth has conducted virological research since 1990 and has published 200 papers and book chapters (Publicationsexternal icon).

Prior to joining CDC in 2014, Dr. Wentworth was director of Viral Programs at the J. Craig Venter Institute (JCVI) from 2011 to 2014, where his studies focused on interspecies transmission, pathogenesis, viral evolution and vaccine development using synthetic genomic strategies. From 2002 to 2011, Dr. Wentworth was the director of the Influenza Virus and Coronavirus Pathogenesis laboratory at the Wadsworth Center, NYSDOH. He also was an assistant professor at the State University of New York-Albany, where his laboratory studied interspecies transmission of influenza viruses and coronaviruses (e.g, SARS-CoV), genomic technologies, and experimental vaccine approaches.