March 22, 2018 – Latest analysis of tuberculosis trends shows continued decline in the U.S., but progress toward elimination is slowing.

New preliminary data released today by CDC show tuberculosis (TB) cases declining in the U.S, but at a rate too slowly to eliminate TB during this century. In 2017, 9,093 new cases of TB were reported in the U.S, a 1.8 percent drop from the prior year. However, the current TB rate (2.8 cases per 100,000 persons) remains at levels 28 times higher than the TB elimination target rate.

Graphics – New CDC Data for TB in the U.S.

From this page, you may download graphics highlighting major findings from CDC’s preliminary analysis of 2017 national surveillance data. For your convenience, we have included a table that contains the specific data from the report used to generate these charts.
These images are in the public domain and are thus free of any copyright restrictions. As a matter of courtesy, we request that the content provider be credited and notified of any public or private usage of an image.

10/22/18 – Updated graphics with the final 2017 surveillance data can be found on the TB multimedia resources page. 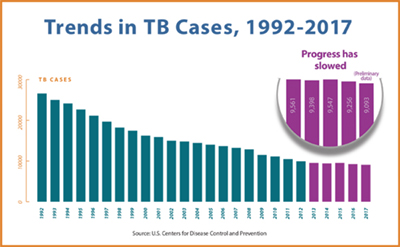 In 2017, preliminary data indicate that 9,093 new TB cases were reported in the United States, representing a decrease in case count of 1.8% from 2016 to 2017. This is the lowest case count and rate on record. 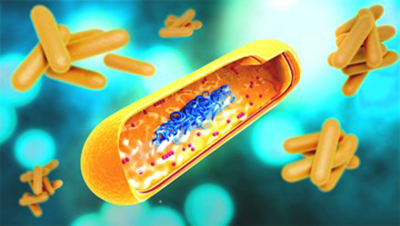 Below are audio clips featuring NCHHSTP Director Jonathan Mermin, MD, MPH. To save the audio clip, right-click the audio clip link and select the “Save as…” option.