September 26, 2017 – STDs at record high, threatening the health of millions of Americans

The majority of these diagnoses (1.6 million) were cases of chlamydia. There were also 470,000 gonorrhea cases and almost 28,000 cases of primary and secondary syphilis – the most infectious stages of the disease. While young people, particularly young women aged 15-24, continue to bear the greatest burden of STDs, surges in syphilis and gonorrhea are increasingly affecting new populations.

The following images and graphics highlight major findings from CDC’s analysis and provide additional context. These high-resolution, public domain images are ready to download and print in your publication. Click on a graphic to see it in high-resolution.

Increase in syphilis among newborns is accelerating 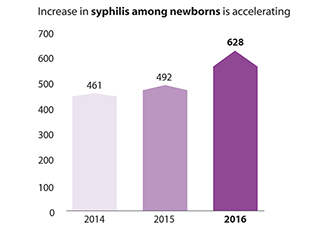 Burden of syphilis highest among men, particularly gay and bisexual 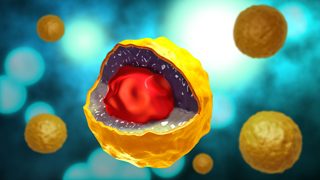 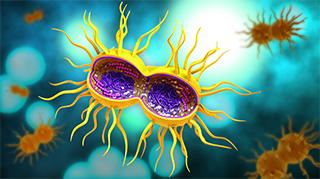 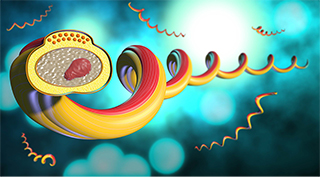 The Value of Chlamydia Screening 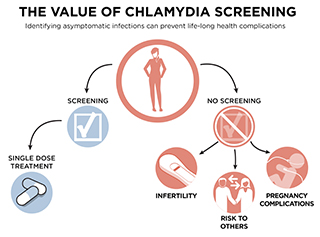 Identifying asymptomatic infections can prevent life-long health complications. CDC recommends annual chlamydia screening for women 25 and under, as well as for older women at high risk.